Haiti and the Greek revolution

These two seemingly distant countries have much in common, commencing with the manner in which they were founded 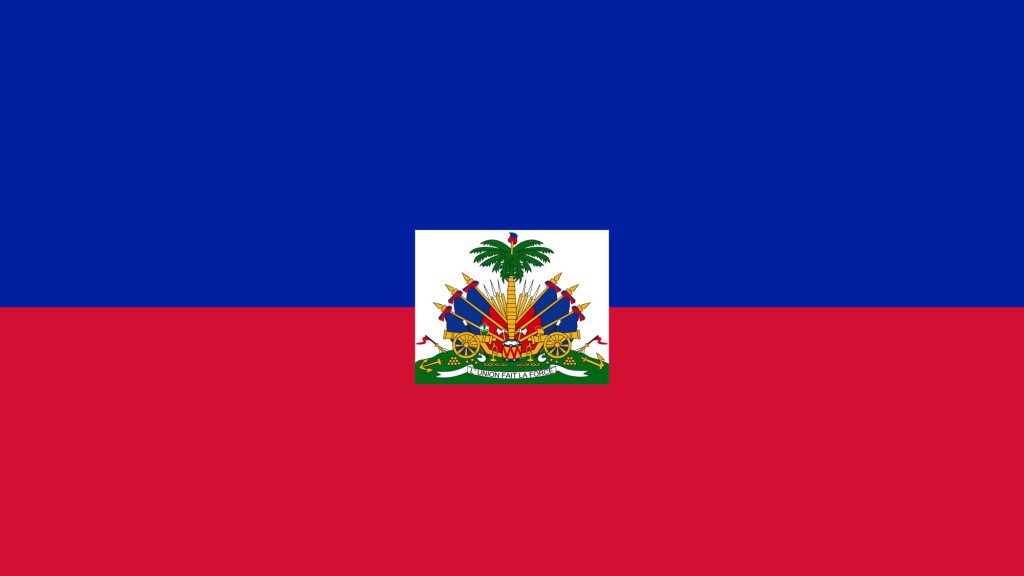 “Haiti’s connection with Greece has more to do with modern Greece than with ancient Greece,” writes Caribbean writer Jean Charles. He goes on to say: “The culture of faking the sentiment of patriotism … is now ingrained in insidious ways where upper echelons of Greek media intertwined with the political structure prevented reporting of financial mismanagement that may cloud any hope for resolving the crisis … we find the same scenario in Haiti, the motherland of nation-building … The rest of the population, akin to the Greeks, develops a fake patriotism culture that makes the country an easy prey for foreign meddling.”

Greece, a yardstick by which an ostensibly failed nation state such as Haiti measures itself? Perish the thought! Yet these two seemingly distant countries have much in common, commencing with the manner in which they were founded. For, contrary to common belief, which generally holds that it was the Great Powers of the day that first recognised Greece’s independence, guaranteed it and thus gave themselves the right to meddle in its internal affairs, it was in fact the recently liberated Haiti that has this honour.

Rather than being a failed state, Haiti in the early nineteenth century was widely considered to be an innovative state of great promise. After a long and bloody conflict, African slaves had managed to overthrow their French overlords in 1804 and established a state where, its founders believed, equality and justice would reign.

The fact that armed struggle could result in liberation seemed to be of some inspiration to the Greek people, who identified with their plight, but also their achievements. This is the reason why supporters of the Greek revolution some seventeen years after the founding of the Haitian state saw fit to write to the Haitian government and seek its assistance. It was felt that the Haitians, who were slaves of the French, could uniquely appreciate the inferior social position afforded to Greeks by the Ottoman Empire and just how this worked to dampen any future prospect of the development of the Greek people.

Furthermore, Greek expatriates living in France would have definitely heard of the Haitian Revolution and abolitionism from relevant circles in revolutionary and post-revolutionary France. Also, the writings of prominent French abolitionist Abbe Gregoire, who was a firm supporter of the Haitian republic and remained in contact with some Haitian leaders, would most likely have played a role in disseminating knowledge of the Haitian Revolution to Greek nationalists and intellectuals. Thus, the idea of reaching out to the Haitians probably originated within the Greek diasporic community.

The letter sent to Haiti received a response by no less a personage than the president of Haiti himself, Jean Pierre Boyer, who on 15 January 1822 wrote to the great man of letters and “teacher of the Greek nation” Adamatios Korais, expressing sympathy with the Greek cause and recognising the Greek people’s right to freedom and self-determination. In the letter, Boyer mentioned that he viewed both Haiti and Greece as similar in their long history of oppression from others, from imperialism, both European and Ottoman. According to President Boyer: “Such a beautiful and just case and, most importantly, the first successes which have accompanied it, cannot leave Haitians indifferent, for we, like the Hellenes, were for a long time subjected to a dishonorable slavery and finally, with our own chains, broke the head of tyranny.”

In addition, Boyer’s letter addresses the theme of slavery in relation to imperial or colonial rule as well as several allusions to classical Greek history and culture, such as referring to the Greek nationalists as “descendants of Leonidas”.

Though expressing much sympathy, Boyer goes on to explain that owing to the Haitian’s parlous finances, Haitian troops or cash could not be sent to Greece. Interestingly, Boyer also attributes the recent integration of Haiti and the Spanish-speaking former Spanish colony to the east, now known as the Dominican Republic, as another drain on the Haitian budget because “the revolution which triumphs on the eastern portion of our island is creating a new obstacle in carrying out our aim; in fact, this portion, which was incorporated into the republic I preside over, is in extreme poverty and thus justifies immense expenditures of our budget”.

It is worthwhile observing at this point that revolutionary Haiti, like its neighbour Cuba over a century and a half later, was devoted to exporting its revolution, its first president, Petion, lending support to South American liberator Bolivar and the liberators of Venezuela and Colombia, and we could possibly view Boyer’s letter in this context: as an attempt to at least claim some sort of moral ‘ownership’ over the Greek revolution, in the hope of the future establishment mutually beneficial ties.

Some historians claim that Boyer did send Adamantios Korais 25 tons of Haitian coffee that could be sold and the proceeds used to purchase weapons, but not enough evidence exists to support this or the other claim that one hundred Haitian volunteers set off to fight in the Greek Revolution. Allegedly, their ship was boarded by pirates somewhere in the Mediterranean and these fighters purportedly never reached their destination.

Nevertheless, Boyer’s letter is widely believed to be the first official recognition of Greek independence and sovereignty, to be followed in succession by the recognition of Great Britain and that other republic that was founded after a war of independence, the United States. Boyer’s reference in his letter to democracy, Greek triumphs against the Persians, and revolutionary idealism accord with the founding myths of the Greek State which is why even today, it resonates with those Greeks who have read it. Indeed, what is even more fitting is the fact that this self-same Boyer who waxed so lyrically about democracy, the classical past, freedom and equality presided over a country where corruption and venality became the norm and it is this dichotomy, between founding myth and actual reality both in Greece and Haiti, that seems to arouse the sensitivities of Caribbean writers today.

Were the Greek and Haitian revolutions actually betrayed, or do we take a Trotskyist approach and declare that the revolution is eternal and thus, having no end, is still a work in progress? Either way, Boyer’s letter provides a unique insight into the prevailing aspirations and myths upon which two states were supposedly emancipated and founded. Just how true to those ideals those countries developed is a question that an increasing number of its respective citizens are now asking.

In this, the final word, belongs to Jean Charles: “Greece in the Mediterranean, like Haiti in the Caribbean, needs to start creating a new generation of citizens who accept the concept that duty is the reverse side of privilege. The nation will move forward when each citizen does his part, in paying taxes, in volunteering for the common good, and forsaking the vain desire of spending what you do not have. It was Abraham Lincoln who promoted the notion that a nation is the aggregate sum of moral citizens working for the common good, providing individual satisfaction for each one.”
Long live the Revolution.