Professor Anastasios M. Tamis hits back at comments made by MP Luke Simpkins on the FYROM naming issue 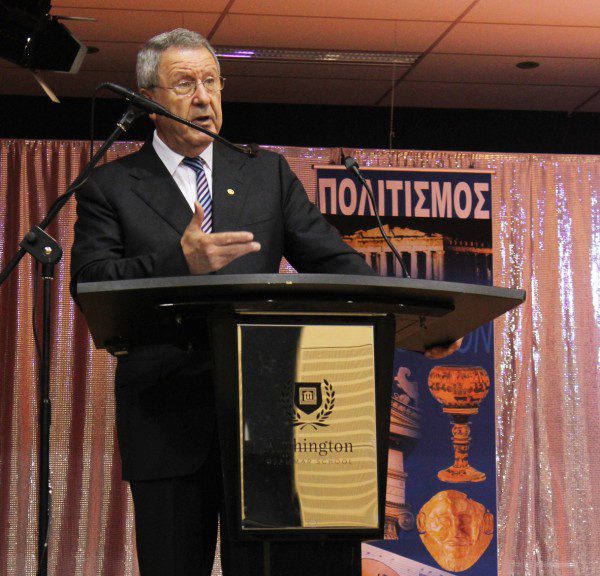 I find Mr Simpkins’ comments both superficial and provocative. The name issue has nothing to do with politics and diplomatic recognitions. It is an anthropological and ethnographic one.

The name of ‘Macedonia’ issue is well implanted into the conscience and identity of the people from both sides. The Macedoslavs without the unilateral and exclusive usage of the term ‘Macedonia’ will have no roots in the Balkans and no identity whatsoever, unless they will revert back to their previous identity as Bulgarians or at least as Bulgarophile Slavs. Having the Albanians growing demographically and threatening their ‘Slavonic milieu’ within FYROM, having the Roma emerging as a separate identity, they are compelled to maintain their fallacy and pseudo-identity as ‘Macedonians’ to avert the disintegration of their state.

On the other hand, the Greeks as a nation, both within Greece and the five million of the Hellenic diaspora, will never compromise their historical and cultural rights as Macedonian Hellenes, and hence the name of Macedonia will always remain well rooted within their history from the time of Archaleaos in the fifth century BC. Thus they will never ever accept as ‘Macedonians’ any other ethnic group. This is logical and could be explained by the fact that the Macedoslavs arrived in the geographic region of Macedonia only in the early sixth century AD, that is more than 1,000 years after the life of Alexander the Great and Aristotle, the great Macedonian Hellenes.

To claim that a small group of Greek ‘nationalists’ are only keen and sensitive on the issue of ‘Macedonia’ is absurd and fallacious. The entire population of 550,000 Australian Hellenes are committed devotees of the Macedonian Hellenic legacies and will never compromise their patriotism to offer to another ethnicity for unilateral usage a name which is well related to their national identity and attested with their history and culture over the last 3,000 years.
Mr Simpkins’ argument that only a handful of nations remain without offering their diplomatic recognition to FYROM, although true in appearance, is wrong in political and diplomatic dynamics. The most important collective entities of international consortia, namely the UN, the NATO, the European Union, the European Security Council, sporting entities and artistic bodies, recognise them simply as ‘FYROM’ until such time that their irredentism is harnessed and the provocations displayed by their leaders both in Skopje as well as in the diaspora ceased. These Macedoslav leaders propagate their irredentist and provocative ideas as part of a process of ethno-genesis, and hence interpret their concepts in a radical and fundamental manner by adopting as their own a foreign culture and history. Mr L. Simpkins’ speech in the Australian parliament ignores the right of 550,000 Australians of Hellenic origin to identify with their history, culture and ancestors.

According to the 2011 ABS and the relevant cross-tabulations, the total population of the Macedoslavs in Australia is approximately 70,000 people, 30 per cent less than what Mr Simpkins suggested in his speech.

* Professor Anastasios M. Tamis is president of the Australian Institute for Macedonian Studies.