Ahead of the Spanish Grand Prix, Daniel Ricciardo says he knows he’s not likely to win, but believes the team will reach its targets 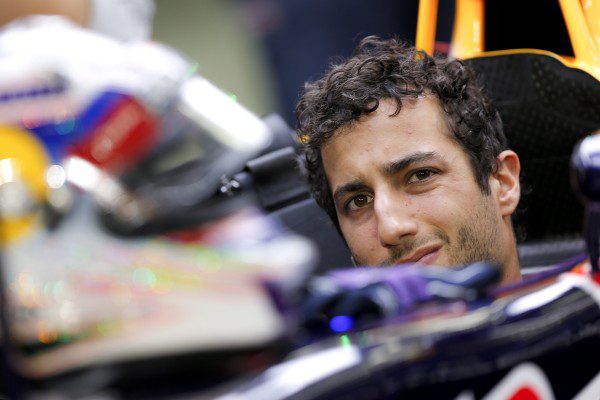 Daniel Ricciardo continued smiling as he admitted that Red Bull’s setbacks this season have forced him to revise his ambitions.

The ever-beaming Australian said he remained confident of progress and success as the team, like nearly all its rivals, began unpacking a raft of updates and improvements for this weekend’s Spanish Grand Prix.

“I know we are not likely to win, but we have got our targets and I am hoping our aero [aerodynamic] updates will help with that,” he said.

He added that he was also hoping for more power and reliability from his upgraded Renault engine after a disappointing start to the season that has seen him suffer three power unit failures.

He will be using his fourth engine of the season at the Circuit de Catalunya – the limit laid down for the entire season.

All this has resulted in a run of poor results – his best is sixth in both his home Australian Grand Prix and then again at Bahrain three weeks ago – but that has not been enough to wipe the grin off his face.

“We’re not on the pace of the Mercedes and Ferrari and they are our target, for now,” he said.

“I think even the Williams have been a bit quicker so far, so we need to crack into the top five, for sure, and once we’re there look towards the top three and obviously get back on the podium.

“We’ll have some aerodynamic updates here in Barcelona and we’re hoping for a bit more from the engine as well – a bit more power.

“I think these are the small steps which are going to keep getting us closer and closer to the front.”

Like many in the paddock, he conceded he has been surprised at the major step forward made by Ferrari who are now challenging Mercedes at the front of the field.

“At the end of last season, I think we were clearly in front of Ferrari, but they’ve made a really big step in the off-season,” he said with a laugh, acknowledging that the input of his former Red Bull teammate, four-time champion German Sebastian Vettel, has made a difference.

“They’ve been the biggest movers so far. For us that’s good to see and we know from that that a big step like that is possible.”