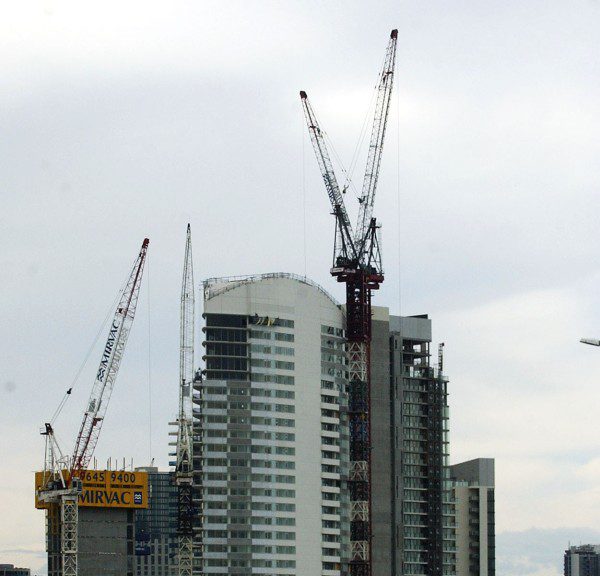 An oversupply of apartments in Melbourne’s inner city has experts fearing property prices will plummet, while Sydney’s real estate will hold.

Prices have been on an astronomical rise for quite some time, with Melbourne and Sydney leading the way for much of Australia, but some experts believe Melbourne isn’t as solid as Sydney.

According to Wakelin Property Advisory director Paul Nugent, Melbourne is showing signs that its demand is waning.

“Those who are invested in high-rise apartments should definitely be concerned,” Mr Nugent told The Age.
“Their future is one of struggling to find and keep tenants, flatlining or falling rents, and negative capital growth.”

One of the inner-city suburbs showing signs of strain is Docklands.

Prosper Australia’s 2014 Speculative Vacancies report found that more than a quarter of units in Docklands developments are likely to be sitting empty.
Vacancy rates for businesses are much higher, making the lifestyle there not as comfortable as expected.

Lack of schools and space has also led family buyers away from the area.

Ray White South Melbourne real estate agent Michael Pastrikos says most of the buyers in the suburb are investors, with many overseas or interstate buyers circling around the area. Owner-occupiers only make up a small portion of residents in the area.

“We’re finding that new apartments being built, they’re selling up quickly, we’re having no problems leasing up properties,” he tells Neos Kosmos.
He says when an owner does come to him to sell, more often than not the apartment is already occupied.

“We’re not witnessing large amounts of apartments being vacant,” he says.

“Even all the properties I have for sale, they’re all owner-occupied or have a tenant in them.
“Very rarely do I have a vacant one to sell.”

Mr Pastrikos says Melbourne’s property market is better value for investors than Sydney, because local Sydney buyers are being “priced out of their own market”.