Wolves of the Sea

Photographer captures the lives and craft of Paros fishermen 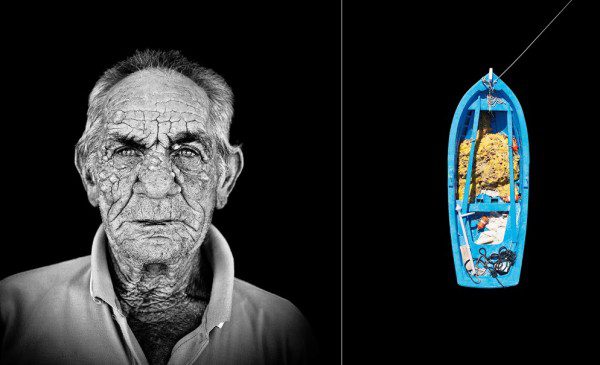 Yiannis Perantinos is one of the fishermen documented by Stemper.

For the past five years, Austrian photographer Christian Stemper has been regularly visiting the island of Paros.

Not for the purpose of enjoying its beaches and quaint villages – beautiful as they may be – but rather, to document the lives of its old guard of fishermen.

Many of his subjects are in their sixties and seventies, and represent a traditional but dying way of life on the island, as younger people are drawn to more comfortable jobs, and restaurants opt for commercial fish imports in such tough economic times.

Stemper is able to summarise their way of life in a handful of words. “For them, it’s just the boat and the sea and the fish. Nothing else.”

He has decided to release his photographic project as a book, titled LUPIMARIS – Wolves of the Sea, and self-publish it through online crowdfunding.

Amongst photos of catches, coiled rope and sea foam, there are two main focal points; the hardened and weather-beaten faces of the fishermen captured in stark monochrome, and their ‘caiques’, a type of small traditional wooden boat used to ply their trade.

Given how much time the fishermen spend on their boats, there is a sense they regard their vessel as a living part of themselves.

“In a storm, the wooden boat is like a horse that lifts his head proudly, starts running and can not be stopped,” says Thanasis Tantanis, who dismisses plastic boats as “wash troughs”, such is his devotion to the old ways.

If the boat is an extension of their body, then the sea is like their second home, as Nikitas Malamatenios explains. “I have always been a fisherman – not out of necessity, but out of choice.”

Fellow fisherman Vaggelis Parousis is yet more candid in expressing this sentiment.

So drawn to the Aegean are they that when Stemper held an early exhibition in Paros to show his works, most of them opted to spend their day on the water instead.

“I invited them all and told them I would give each one an extra print I’d made for them.

“But actually only one came. The families came – the wives and the brothers. The rest of them, they don’t care.

“For them, the life is the sea and the boat.”

Further information and photos, including how to contribute to the book’s publication, can be found at www.lupimaris.com