‘Europe is the baker in Kos’

Every day, a Greek Australian bakes 100 kilos of bread and hands it to the refugees flooding his island

A 76-year-old man ‘accidentally’ became the face of Europe when EU Commission President Jean-Claude Juncker praised him during his powerful speech on Wednesday.

Dionysis Arvanitakis is on a mission. Having experienced migration and impoverishment himself, he wants to give back.

He bakes 100 kilos of bread every day and drives several rounds to hand it out amongst the refugees washed up on the shores of his island.

“Europe is the baker in Kos who gives away his bread to hungry and weary souls,” Juncker said during his empowering State of the Union address to the European Parliament.

“This is the Europe I want to live in.”

Juncker implored countries to act together as the world faces its worst refugee crisis in 70 years; the worst crisis after the devastation of the Second World War.

The scale and severity of the situation is resulting in unmatched problems, division and furore on a global scale.

The staggering number of current refugees seeking peace and safety has risen above 19 million.

Juncker confirmed that Brussels was asking national governments to agree to distribute 160,000 refugees currently in Greece, Italy and Hungary, which have received the largest amount of asylum seekers.

“To me, it is clear that the Member States where most refugees first arrive cannot be left alone to cope with this challenge,” he said.

“This has to be on a binding and not a voluntary basis. It has to be done and it will be done.

“Nearly everyone in Europe has been a refugee. Have we really forgotten that 60 million people were refugees in Europe?” he stressed whilst referring to Arvanitakis’ example. 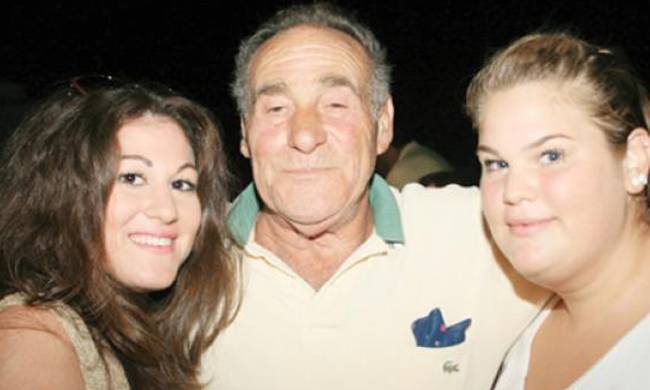 Hailing from Pyrgos, Peloponnese, Arvanitakis was still a child when he fled his homeland and migrated to Australia after his family was found in a dire state.

Overcoming many hurdles, he finally managed to find a job as a pastry baker. Years later, he met his wife Evangelia, and once they had saved enough, they made their dream come true.

Returning to Evangelia’s native island Kos, they opened up a business back in 1970.

Through hard work and devotion, the family bakery now has seven branches across the island.

Arvanitakis is seeing parents arriving on rickety boats with babies barely alive hanging from their arms on a daily basis, having crossed the Mediterranean in hope of a new life.

“How can anyone remain detached at the sight of little children eating nothing but dirt and begging for bread, raising their little hands?

“I can’t find the right words to describe the gut-wrenching scenes we witness every single day,” Arvanitakis said in tears.

Without any second thoughts or hesitation, the businessman decided to get up every morning and bake extra amounts of bread, which he distributes himself to the famished refugees fleeing war and persecution.

Even though he hasn’t seen the face of war, he can relate to the people leaving their homeland and families behind. He knows what loss means.

“Someone who has not starved, cannot put themselves in these people’s shoes,” stressed Arvanitakis.

“‘It’s ‘us’ and ‘them’ on the same island; two parallel lines, that somehow converge to the very meaning of the word ‘human’.”

How often do we pause to consider what this little word entails? Is there any definition implying that some humans are lesser than others?

Throughout humanity’s long history, there have always been people who are forced from their home countries by conflict, famine, oppression, religious or political persecution.

“I do not want to create any illusions that the refugee crisis will be over any time soon. It will not,” Juncker emphasised.

“Pushing back boats from piers, setting fire to refugee camps, or turning a blind eye to poor and helpless people: That is not Europe.”

Sadly, while refugees flee their countries driven by one or more of the above reasons, they often find themselves against all four when they arrive at a foreign nation.

“We are fighting against Islamic State, why are we not ready to accept those who are fleeing Islamic state? When considering their response to the refugee crisis, Europeans would do well to remember their shared history,” Juncker said.