The stars of Modern Greek

Eighteen students achieved a study score of 40 and above in VCE Modern Greek, the top spot taken out by 16-year-old Sophia Vamvakidou 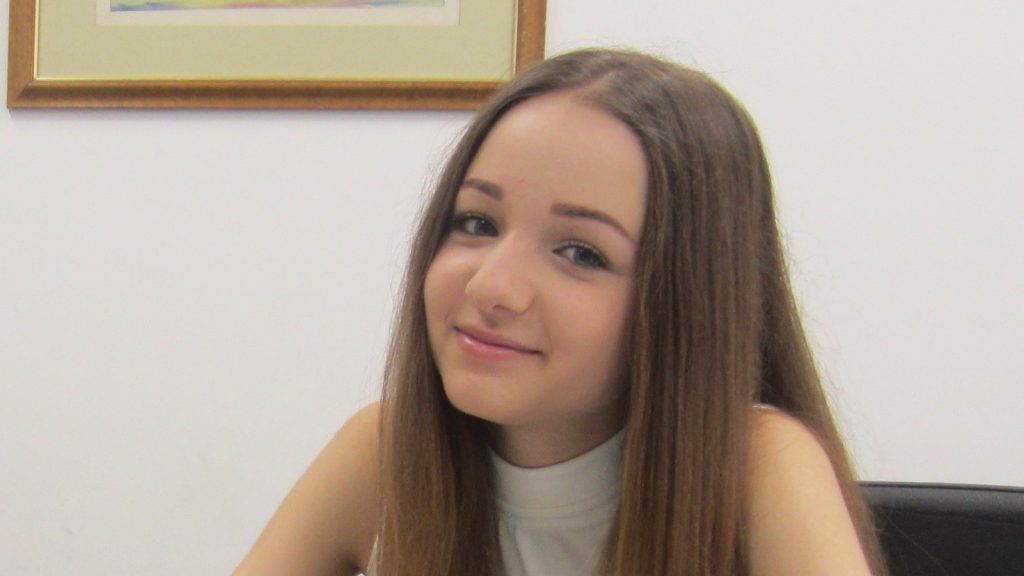 On Monday morning, more than 49,000 students across Victoria awoke in anticipation of their VCE results.

Of the 274 students that completed their studies in Modern Greek this year, 18 – four of whom are of Greek origin – excelled, having obtained a study score of 40 and above.

Ranking in first place was 16-year-old Sophia Vamvakidou with a perfect score of 50.

The Victorian School of Languages student says she was surprised by her impressive achievement, which places her in the top two per cent of VCE students to obtain a ranking above 45.

“I received the results and all I could do was sit and stare. I honestly could not believe it!” Miss Vamvakidou told Neos Kosmos.

Born in Thessaloniki, the top pupil migrated with her family to Belgium at the age of seven, before relocating to Melbourne earlier this year.

Paving the way for a bright future, she says her “dream is to be an actress”, but that her love of literature will likely lead her to study journalism.

In equal fourth with a score of 45 were Anthea Digiaris of Nestor Greek College and Anna-Maria Salatas of Omiros College.

“Although this year the number of students who sat for the VCE exam was less than last year, next year’s community schools enrolments will make up 40 per cent of the total number of pupils studying Greek in Victoria,” said Mr Tzimpragos.

Across the state regarding VCE as a whole, Mac.Robertson Girls’ High emerged as the best-performing. The selective-entry school with 508 students enrolled in at least one VCE subject emerged with a median study score of 41, and 38.2 per cent of its VCE students received a score over 40.

Greek Orthodox Colleges across Victoria also celebrated another successful year, with the majority of VCE enrolments successfully completing their exams.

At St John’s Greek Orthodox College, of the 20 students enrolled in units 3 and 4, 15 per cent ranked in the top nine per cent of the state with a study score of 40 and above, and a median score of 33, ranking the college at 66 out of 526 schools.

Victorian Education Minister James Merlino MP gave a congratulatory message to students in the Herald Sun VCE supplement, while also taking the opportunity to remind students that while education is important, marks are not the be-all and end-all.

“Right now your study score and ATAR are probably very much on your mind, but remember that this is just one step in a long journey and VCE results do not have to define you,” Mr Merlino said, reminding students that university is not the only pathway to a successful future.

Students with a study score in Modern Greek of 40 and above: