Hope dies last (or so an old Greek saying goes) 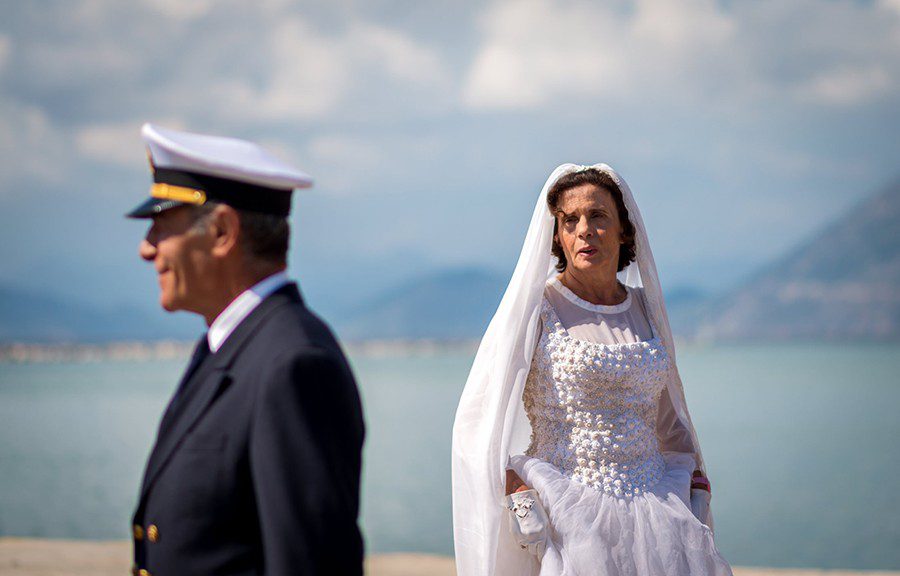 From the film Joanna by Panagiotis Fafoutis, with Yvoni Maltezou.

“Joanna’s story is an urban myth in my hometown,” the director of the film, Panagiotis Fafoutis, tells Neos Kosmos by email, a week before his short is ready for projection at the Bondi Pavilion.

“She was a real woman who waited all her life for her fiancée. I got inspired by this story and brought it into the now, as I saw Joanna in parallel with Greece itself, waiting for her saviour to come from the outside,” Fafoutis adds.

Joanna is a nine-minute film directed by Panagiotis Fafoutis that reflects on habit, loss and hope.

A Greek Australian of sorts itself, Joanna is an independent production made by Fafoutis’ company Guanaco films, Oxymoron Films and Aussie Ficino Films, with Tia Spanos and Antonis Tsonis based in Melbourne.

Filmed in the director’s home town of Patras “the western door of Greece to Europe”, as Fafoutis describes it, three days was all it took to complete the shoot.

The film comes to Australia as part of the Windows on Europe Film Festival, partnering with Flickerfest in Bondi, Sydney for 2016, having first premiered in the home of the European Union itself – Brussels Film Festival – in April 2015.

Since then the director tells us that Joanna has travelled to Italy, winning the prize for best actress at the Capalbio Film Festival, then France, Germany, Albania, Greece – where the short film won the best music and sound at the Drama Film Festival – and to Cyprus.

The Europe-wide art channel arte TV is screening Joanna in France and Germany at the moment.

Living by the sea is a daily reality for Fafoutis and so he associates ports as being “places of hope, you can always leave and can always return”, he says.

“Every day I have this motto ‘They will not beat us, we will beat them! Now that my 20-day-old daughter exists I become more optimistic only by looking at her and her mother,” the new father enthuses.

Greeks have a saying that goes ‘hope is always the last sentiment to die’, as in ‘there’s always hope’. Fafoutis looks at culture as being a necessary and last vestige of hope.

“If you have a good foundation in culture, this reflects on you as a person.

The 10th edition of the Windows on Europe Film Festival will run as part of the Flickerfest International Short Film Festival on Thursday 14 January in two programs, at 6.30 pm and 8.45 pm.

There are 17 short films being screened from 17 of the European Union member states including Belgium, Croatia, Czech Republic, Denmark, Estonia, Finland, France, Germany, Greece, Hungary, Italy, Ireland, Netherlands, Spain, Portugal and the United Kingdom, and the event is in partnership with the European Union Delegation in Australia.