J. K. Simmons, star of “Worlds Apart”, among the recipients of an Orpheus Award at the Los Angeles Greek Film Festival 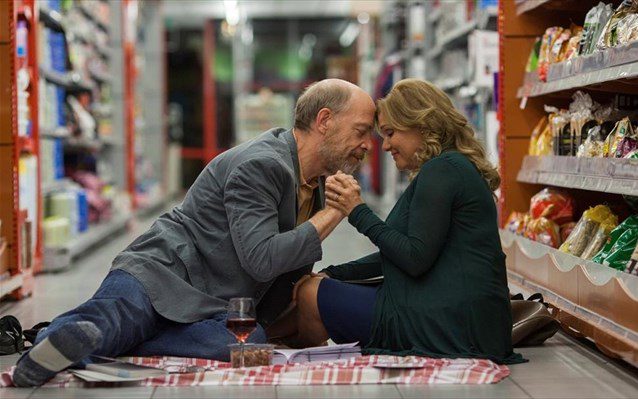 Oscar winning actor J.K. Simmons will be one of the the honorees of this year’s edition of the Los Angeles Greek Film Festival (LAGFF). Celebrating its 10th anniversary, the Festival will take place from Monday 1st June to Sunday 5 June at Hollywood’s Egyptian Theatre.

Forty-two films will compete  for LAGFF’s “Audience Choice” Orpheus Award, in this year’s edition which will showcase 15 feature films, 31 shorts and nine documentaries from a wide array of countries: Australia, Cyprus, Denmark, France, the U.K., the U.S., Sweden, Turkey and of course, Greece.  Among the 42 films  U.S. representing 15 narratives, nine documentaries, and 31 shorts. Among the films, “Worlds Apart” stands out, being the highest grossing film in Greece, surpassing  international blockbusters such as “Star Wars: the Force Awakens” and “Spectre”.  Directed by Christophoros Papakaliatis, the film presents three love stories between Greeks and foreigners, all taking place in crisis-stricken Athens. J.K. Simmons is starring in one of them, playing a German classic scholar falling for a housewife (Maria Kavogianni). The actor will be the recipient of an Orpheus Award at the closing night ceremony, hosted by Mena Suvari.

The LAGFF’s will open with a screening of Tassos Boulmetis’ bittersweet comedy “Mythopathy,” set in the 1970s during the rule of the military junta in Greece. Apart from the film screenings, the LAGFF will celebrate its 10th anniversary with various festivities – including a collaboration with the Athens International Culinary Film Festival and many gastronomical events.