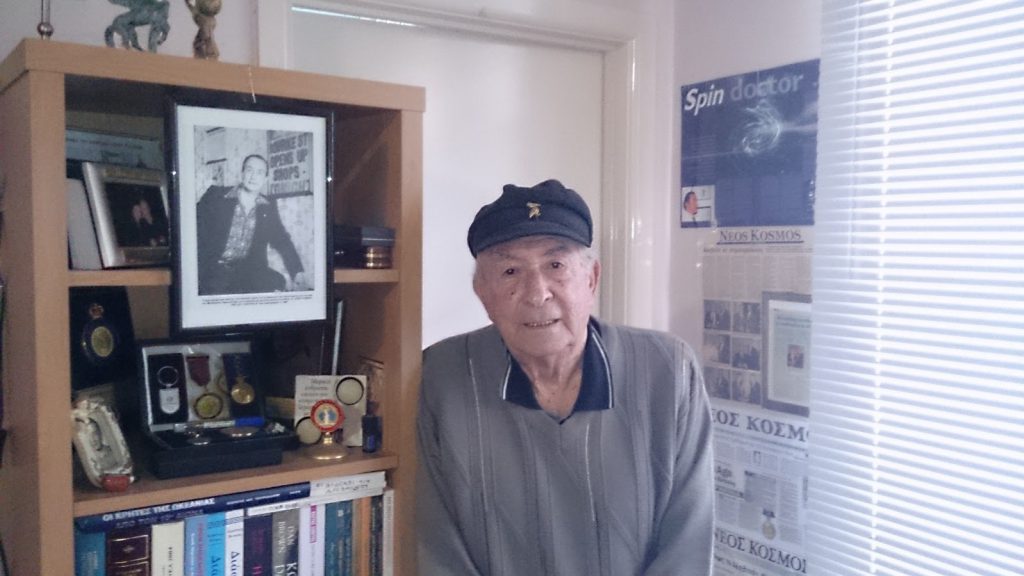 I first met Alfredo as a very young teenager. I worked as a junior part-time salesman in one of his stores, the Bourke Street menswear store in the city of Melbourne.

Alfredo was a very active young family man in the Greek Community (Paroikia) and in civic matters of our city and state of Victoria.

Many may not know but he was a man with vision and foresight who changed the social landscape of Melbourne and Victoria for the better.

He was first of all one of the the major founders of the Greek Community of Mentone.

A few years later he and Ierotheos Kourtessis and Spiros Liolois founded and established the Hellenic Academy of Modern Greek in Swanston Street in the city centre of Melbourne.

He participated very closely in the raising of money with many others for the chair of Modern Greek in the University of Melbourne.

He contributed enormously in bringing the Greek Community closer to the Liberal Party here in Victoria with the founding of G.A.L.A. (Greek Australian Liberals Association).

For a number of years he was the publisher and editor of the Greek bi-lingual newspaper Pyrsos.

But most importantly some decades ago Alfredo Kouris campaigned tirelessly to have the liquor laws here in Victoria changed so that all restaurants could serve alcoholic beverages with meals and to stay open for longer hours into the night.

This led to the first BYO liquor laws and the massive explosion of new restaurants with BYO licences which changed the boring landscape of Melbourne’s social and night life for the better.

Another very important change that affected the very boring landscape of Melbourne which was changed forever by Alfredo Kouris was his huge personal campaign to have the laws changed so that retail hours for all businesses could be extended.

Yes he was responsible for late night shopping and weekend shopping as we know it today.

Alfredo Kouris you helped to change our lives for the better.

We are hugely grateful and indebted to you.

You made your enormous personal mark and contribution in many ways to the Hellenic Community here in Melbourne and Victoria.

You made a very valuable contribution to the City of Melbourne and to the State of Victoria as well as Australia.

You were a fine example of a great Australian.

We in the Greek Australian community salute you.

We pass on to your loving family our deepest condolences.

Afredo Kouris R.I.P. May your memory be forever eternal.