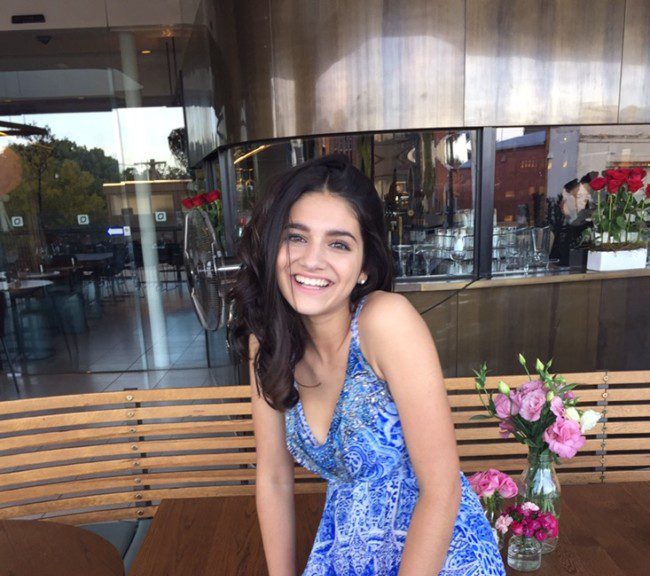 Diagnosed with two rare diseases, Idiopathic HyperEosinophilic Syndrome together with a myriad of other features, including postural tachycardia, Mast Cell Activation Syndrome, Raynaud’s Phenomenon, Bechets Disease, chronic fatigue, vasculitis and fibromyalgia, to name a few, 16-year-old Emily Karakatsanis has had no quality of life over the past three years.

Having been suffering terribly with exhaustion, mouth ulcers, colon ulcers, severe joint pain, breathlessness, dizziness and low blood pressure and migraines with aura, the once exemplary Brighton Secondary College student has had to compromise her studies due to her debilitating symptoms. Her condition causes her to collapse regularly and suffer from ongoing dehydration, among other things.

“She’s been in and out of hospitals and has barely made it to school, missing nine months last year and only attending for an hour-and-a-half each day this year,” her mother, Lauren Karakatsanis, tells Neos Kosmos.

“Emily is currently in Year 11 and has sadly just had to exit her VCE due to the illness attacking her immune system.”

Australia does not have the means to provide the right treatment for the rare combination diseases, leading the family to seek medical consultations and management solutions in London and the United States.

“Most of her specialists are in America at the Mayo Clinic and The National Institute of Health in Washington,” she explains. “They have several research teams studying her at present but so far little progress has been made. The medical field says she is one of a kind − we always thought that anyway − but she certainly has some of the best specialists in the world perplexed, and hence our sense of desperation grows.”

So far, medical specialists in multiple countries have tried four different therapies without positive outcome. After exhausting so many other options, Emily began chemotherapy treatment on Friday 17 June and unfortunately, even this invasive therapy has been stopped after day five of 30 consecutive days, as she is suffering with rare side effects from the drug.

The family will soon embark on another journey to America to meet with leading world specialists, in the hopes that they can suppress Emily’s immune system, with the cost of the trip to be in excess of US$50,000. Her doctors believe they have a drug and symptoms management plan which may help Emily, but it is expected to cost over $80,000 dollars and, since it is not available in Australia, may require Emily to live in the States for three to six months. As a result, Emily and her family have been under much financial strain. Moreover, in an unfortunate turn of events, Emily’s little brother Charlie, aged six, is also believed to be carrying a variant of the same disease requiring medical consultations, testing and genetic testing in America alongside his sister.

“If a cure or treatment to her disease is not found, Emily will die of vital organ failure,” her mum says.

“We do not know if she will be able to continue with this treatment. Sadly, because of her Mast Cell condition, her body rejects everything, even medications that can potentially help her. We have made a decision as a family that this will be the last fundraiser held for our daughter. Our pride has been lost and Emily is just too tired to keep going through the emotional toll it takes on her, let alone the physical.
“As we have lost everything in this fight for our daughter, we truly need the help of our local community and I am hoping you can assist us once more.
“My beautiful friends are holding a fundraiser for Emily to assist us in getting her back to America in January for one last shot at trying to find a cure or at least something to control this rare disease she has,” Mr Karakatsanis continues.

The event, My Big Fat Greek High Tea, will take place on Sunday 16 October at The International, in Brighton, organised by a group of close friends and local business owners who are trying to find some hope for Emily.

The family is also holding a mini Camilla Fashion show which will be modelled by five of Emily’s friends, all of whom have cancer and are undergoing treatments with Emily.

Jimmy Hellas, an international dance choreographer, will also be there, getting everyone up to do the Zorba, while live band Strofes will be offering their time to provide great music.

Vanilla Cakes and Lounge will be donating all of the cakes (approximately 800 pieces) including spanakopita and tiropita. Meanwhile, Zouki cafe (Monash Clayton campus) which provides catering and food to all of Melbourne’s major government hospitals, is donating all of the sandwiches and antipasto platters for every table and coffee.

“We are wanting this to be a classy take on the movie My Big Fat Greek Wedding and we have had amazing sponsorship towards our gift bags so far, not to mention all the food items donated for the high tea, which is incredible.”

“We would really love to get as many people there as possible as every donation, even the smallest, means the world to us,” Emily’s mum concludes, thanking everyone for their help.

Neos Kosmos, as one of the sponsors, will also be offering copies of the Weekend English edition and DVDs of the My Big Fat Greek Wedding 2 film.

If you wish to make a monetary contribution, please donate to: