“The council and the builders have lied to me,” he wrote on Facebook last week.

And so he did!

Penlidis started barbecuing, working out, cleaning the gutters and painting his Bentleigh house naked; this was his way to protest against the new house overlooking his backyard in Melbourne’s south. Claiming he was lied to by developers, builders and surveyors who just wanted to “get the job done”, he took matters into his own hands.

“As I’ve said before everyone has an angry development story,” he told Neos Kosmos. “I was trying to make a point and prove that even though we are not protected by powerless councils we as individuals shouldn’t give up.”

The (building) laws are not fair or really understood and the plans are too complicated to be reviewed within the deadline once made public.”

“If you want something to look at, I’ll give you something. I’ll have my go. No-one wants to see a hairy Greek guy with it all hanging out.”

After a six-day crusade he went viral gaining support from the wider community at which point his neighbours were frustrated and decided to put the frosting on the windows.

“It’s happening all the time and one’s own privacy, a human-right is often being compromised by someone’s desire to profit.”

“I am the father of a sick child that needs medical attention and constant care. Our privacy is important and this was just my reaction, my way of finally ensuring it.” 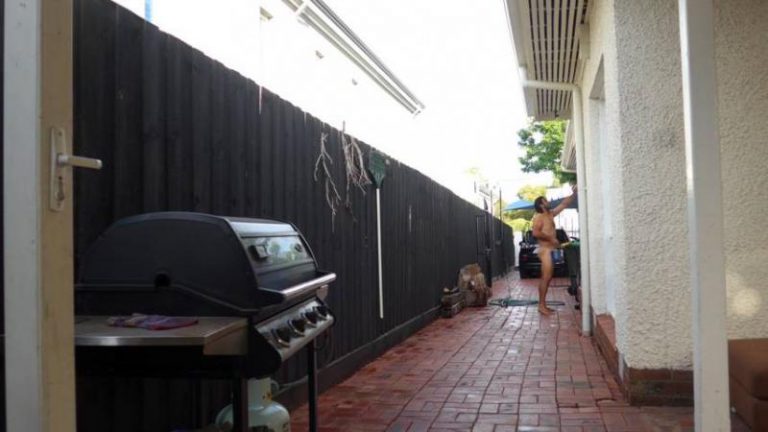