The rise of destination weddings

With her stunning blog, Chloe Koromila is setting out to promote Greece as one of the top wedding destinations in the world 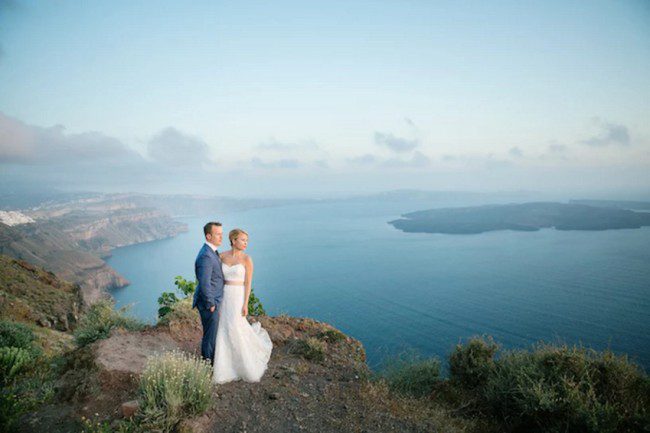 Imagine making a promise to spend the rest of your days with the love of your life, surrounded by friends and family, with the stunning views of Santorini as the backdrop, or the picturesque island of Hydra, where the only modes of transport are donkey, bike or foot. More people than ever before are making that dream a reality.

This is in part attributed to the rising costs involved in the big day, and so some are instead opting to invest their money into what is often a more intimate and memorable experience, choosing to say ‘I do’ abroad, among which Greece is becoming an ever-popular destination.

Chloe Koromila is doing her bit to show why her home country is the ideal choice. Twelve months ago she set out conceptualising and designing Getting Married in Greece, a website and photography blog launched just three months ago featuring various weddings hosted across some of Greece’s most stunning locations.

“I live in Greece − one of the most beautiful countries in the world − and a year ago I realised that a lot of weddings of couples living abroad take place in Greece. So I decided to promote the most stunning Greek destinations so that more couples that are considering a destination wedding are inspired,” Koromila told Neos Kosmos. 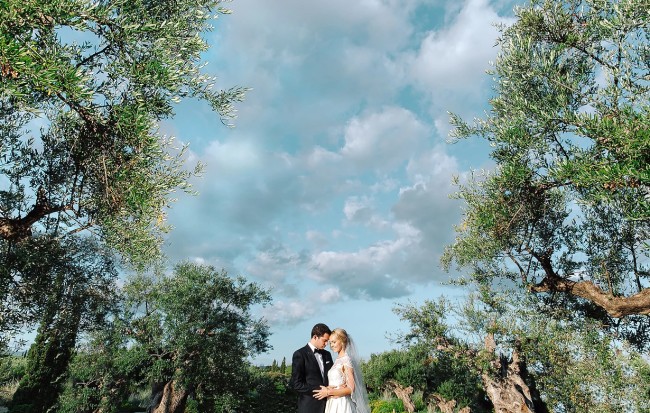 All photos featured on the site are beautifully taken, though by different photographers, which she says is important in accommodating and inspiring different couples and varying tastes.

“I always focus on the photographer’s point of view, their fresh look at things, the clarity of the picture, the capturing of the feeling and the soul each photo conveys,” Koromila explains.

“What I love about wedding photography is that it is sometimes like fine art, which I find very exciting. And it also creates very pleasant feelings because weddings are, after all, a very happy event, journeying you all over Greece.
“At the same time, it is also very important for us to feature various destinations, so that through these images we can showcase Greece’s beauty.” 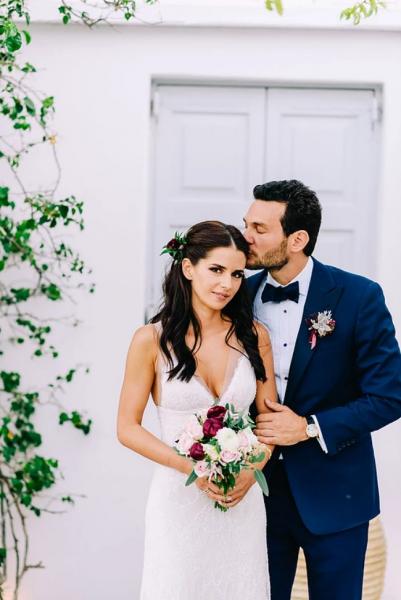 While there are local Greek couples featured on the blog, there are also many from across the globe who choose to travel to Greece for their big day.

Despite the country facing ongoing hardships due to the economic crisis, thanks to the internet and social media, more people are being exposed to the talent that exists in Greece, which, when coupled with a range of other factors, makes it the ultimate package.

“Destination weddings are a big trend worldwide; couples combine vacations with friends and family or their honeymoon, and for that Greece offers a perfect combination of great weather conditions and breathtaking locations, while offering high-level services and facilities at good prices,” Koromila says.

While Santorini and Mykonos have been popular destinations for some time, through Getting Married in Greece, Koromila also gives people the opportunity to learn more about other, less common sites such as Monemvasia, Halkidiki, Corfu and Hydra, with a catalogue of locations. To make the organising process as fuss-free as possible, she has also collated a list of vendors specialising in all wedding needs from the venue to the catering, and the transport to and from the ceremony, making the site an extremely useful tool.

It’s no coincidence that Koromila started Getting Married in Greece. Born and raised in Athens, she has been working in the wedding industry for the past four years. As co-owner of Femme Fanatique, a show company specialising in handmade Greek pieces, as part of the team she designs bridal shoes.

“The everyday contact with brides-to-be and the cooperation with various wedding blogs and wedding planners led me towards this direction,” she reveals, inspiring her to take her knowledge and combine it with others in the field.

While doing her part in promoting Greece as one of the top wedding destinations in the world, she is also doing her part to showcase what she loves most about Greece and its people, linking others who love the country just as much as she does with top wedding professionals, which she says is more important now than ever, with couples seeking a more bespoke experience, for which she says Greece is ideal.

While getting married is one of the oldest traditions we continue to observe, the style of weddings has changed significantly over the years.

Whereas the ceremony, if religious in origin, often stays the same, the theme and style, extending to photography, has evolved, taking on more of an “artistic and theatrical dimension”, she says.

The birthplace of theatre, where there are considered to be eight types of love − could there be a more fitting destination?

If you would like some inspiration of your own, visit www.gettingmarriedingreece.com/