Victoria Haralabidou is up for a Logie this weekend. But her big gain is landing a part in the final series of the HBO dramaThe Leftovers 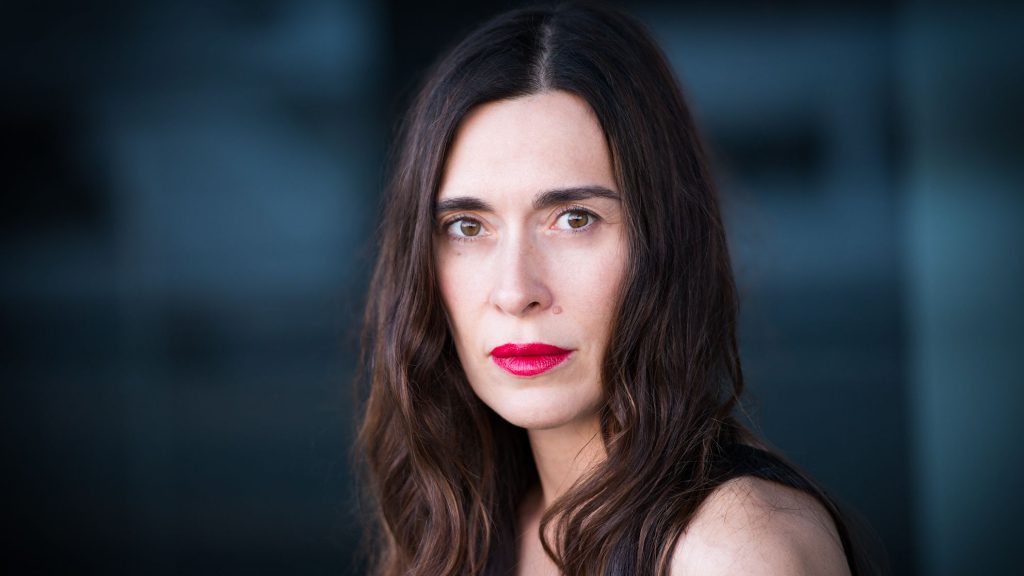 There is one question that everyone asks Victoria Haralabidou these days: “What are you wearing on Sunday?”

Sunday is of course the 59th Annual TV Week Logie Awards and Victoria is nominated for Most Outstanding Supporting Actress for her work in ABC’s Barracuda the miniseries based on Christos Tsiolkas’ novel of the same name. “I’m absolutely honoured,” she says.

“I didn’t expect it; it was [a] huge surprise. I just did my job and I still don’t understand sometimes what is so special about it. I do see performances on TV that I find amazing, so I often try to downplay mine. I guess it has to do with my Soviet upbringing,” she jokes, according to which “awards are not important, you soldier on, keep on working, that’s what is important.”

At the same time, the Greek side of her embraces every opportunity for celebration. “I try to reach that balance, acknowledge the work that I did, accept it and hope that this will bring more things, more work, more meaningful and beautiful things”, she says.

Barracuda certainly fits into this category, being a favourite among critics, and she points out that there seems to be more interest for TV shows that scratch the surface and go deeper into Australian society, touching issues of diversity and identity: “The quality is great, but the quantity is not enough.”
She may have set the barrier very high, given that she’s currently featuring among the cast of a series that critics proclaimed as ‘one of the century’s greatest television dramas’, The Leftovers. The ‘life-changing’ (according to The Independent) show’s third season airs on Thursdays on pay TV channel Showtime in Australia, via HBO, the US cable network that all but spearheaded the current wave of “TV-shows-that-are-better-than-cinema”.

The show itself is a bold existential drama centred around the mysterious sudden disappearance of two per cent of the Earth’s population. Victoria Haralabidou appears in three episodes, not least among them the finale – but she can’t reveal anything about the part, for fear of spoilers.

“If I told you about my character, I would give away important details,” she says, describing how she didn’t even have access to the whole script while shooting. What she can say, was how she got to audition – by sending a self-tape containing short clips.

“This is the new thing,” she says. “Generally you can send your self-tapes anywhere in the world”. Her tape made an impact, at least to the show’s co-creator, Damon Lindelof (whose claim to fame was another seminal TV show, Lost). “He’s a legend,” Victoria says, recounting their first meeting, in which the writer-producer approached an commented on her audition saying: “I loved your choices, very bold.”

Blushing, Victoria was perplexed, thinking: “Oh my god, what did I put on the tape?”

Whatever she did worked and now she’s part of one of the greatest TV shows of our times.

“Last year was very busy, but this was very, very different,” she agrees. “It was bolder and bigger than anything I’ve done. And I don’t only mean that it was my first time working with CGI effects. The effort and money they put in this was on a different scale. And it is the story itself that you’re telling. This isn’t another cop show or a kitchen drama, a personal, coming-of-age story. All those things are great, but Leftovers is a different challenge, it’s [an] existential, philosophical drama, but there’s also humour in it.”
Speaking of existential dramas, one question still remains unanswered: what will she wear at the Logies?

“That’s a very good question! Very important!”, she asserts emphatically, before adding: “I was looking for a dress that feels comfortable. I wouldn’t mind eating in it.”