Greek Australian Nicolette (Nicky) Kordos is putting Australia on the map for leading style and design in sportswear, creating activewear that is not only cool, sexy, and in fashion but also affordable, comfortable, and wearable for all women.

“I want to bring glamour and confidence to women everywhere, and make them feel good about themselves even when they work out,” 24-year-old Melbournian Nicolette tells Neos Kosmos.

“As a brand we stand for female empowerment through support and encouragement by advocating for women to be the best version of themselves whilst motivating other women to do likewise.” 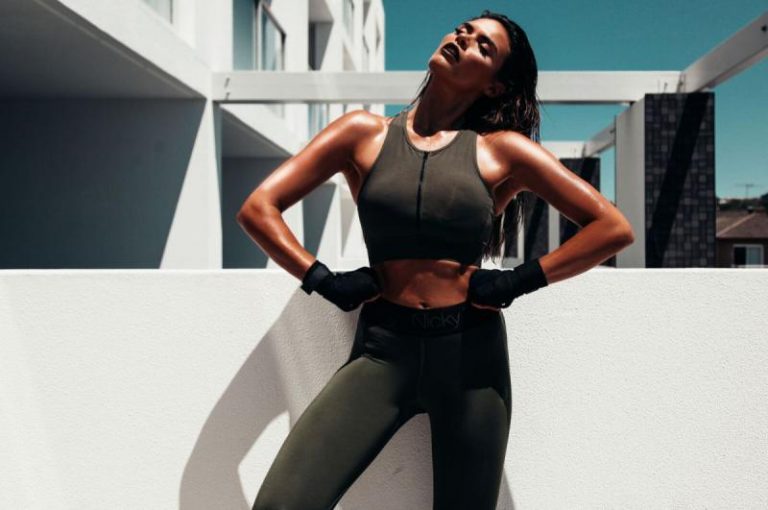 Nicolette, who graduates from a Bachelor of Arts/Law from Monash University at the end of May, never thought she would end up being a designer let alone start her own brand, but has been passionate about fashion and fitness from a young age. She believes that working out helped her when she was studying, by relieving her stress levels and improving her perception of herself.

“Being fit definitely gave me the extra spring in my step to take on daily challenges,” she says.

In fact, what prompted her to start her own label is that she often struggled to find pieces of activewear that she really loved. After speaking to her girlfriends it appeared that they felt the same way.

“I saw a gap in the activewear industry for a more fashion-forward yet quality and affordable brand and felt extremely determined to fill it.
“I wanted to avoid items that are just ‘your cliché sports look and it is for this reason that Nicky Kay has appealed not just to sports enthusiasts and fitness figures but to fashion bloggers and celebrity stylists also,” she stresses. 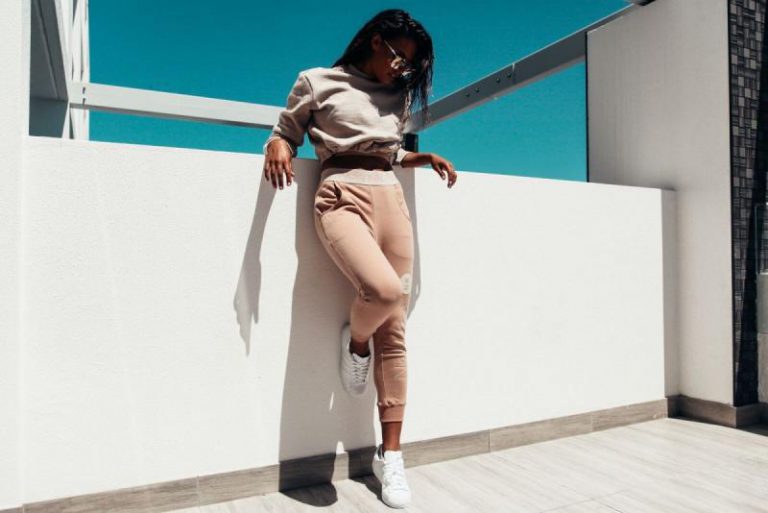 Although Nicolette’s background in law may seem completely unrelated or foreign to her current career direction, nonetheless she believes it complements her approach to running her business.

“Some of the world’s top companies are run by people with a background in law and I find that really inspiring. My last year of studying law was also my first year launched as a business and juggling both was extremely challenging,” she says, explaining that she would spend half her day studying and the other half packing orders.

That was her day-to-day regime, and on the weekends Nicolette would run pop-up stores at gyms with her sister Victoria. Even though at times it felt hard splitting herself between two things that needed much care and attention, the young businesswoman is more than happy with how it all turned out.

“My most satisfying moments have been walking into gyms or going to shops both in Melbourne and interstate and seeing women wearing my label. It is honestly the best feeling in the world.” 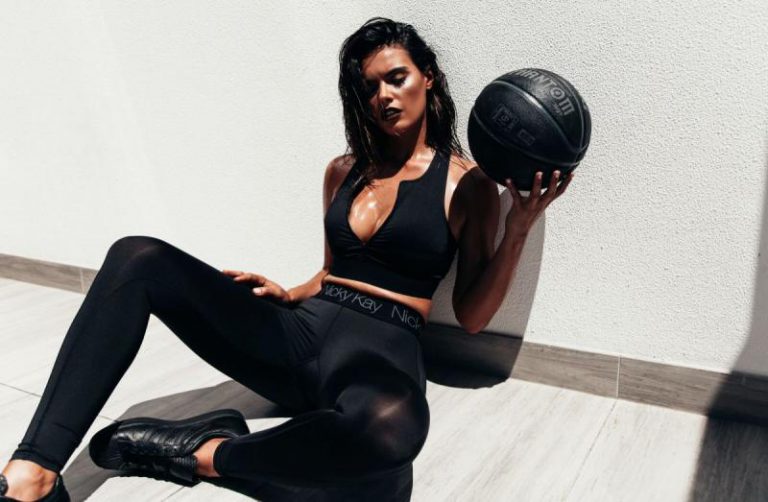 Even though seeing women around Melbourne dressed in her designs was undoubtedly fulfilling for Nicolette, her first “I did it” moment was when Sydney Fashion Blogger Antoinette Marie was spotted wearing her newest collection.

“I have been such a huge admirer of hers and how she has really put Australian style on the map,” she enthuses. “She posted a photo on her Instagram wearing a burgundy Nicky Kay outfit and she looked incredible in it.”

Soon after, more Instagram and fitness influencers hopped on board, giving Nicolette the confidence to boost her newly launched label. Nicolette made contact with Khloe Kardashian and she responded.

“That was a huge moment for me. I told Khloe my story and she wrote me the most wonderfully supportive message which I will cherish forever. For someone of Khloe’s status to take time out of her day to encourage a young start-up from Australia showed how amazing a person she is.”

“I was working at a Nicky Kay pop-up shop in Sydney when I got a message on Instagram saying that Khloe Kardashian was wearing Nicky Kay. I was speechless, emotional, and overjoyed,” the designer goes on.

“I had my friends working with me at the shop and my boyfriend and parents were there also and we were all cheering, and so were our customers! It was a beautiful moment. I definitely felt at that point that Nicky Kay was succeeding. To have a Kardashian wear your clothes not once but twice is a huge deal and the exposure has been priceless. Women from all over the world were ordering the exact outfit that Khloe wore!”

All this exposure and increase in sales has her working on a new collection that is set to be released in the coming months.

“This new range is a stand-out and I am so confident that women worldwide are really going to love these new colours and designs. I have promised myself to keep stepping it up, making sure that each collection is a reflection of what is trending at the time,” she says. “I would like to see Nicky Kay in the coming years with a larger international presence and hopefully really making a mark in the activewear industry.”

Nicolette has always been inspired by success stories with humble beginnings and insists that with hard work and determination not much can go wrong, as long as a business has a clear vision and has done the necessary research before attempting to kick goals.

“Nike was founded with just $1,200 and began by selling shoes out of a van at track meets. This goes to show that anything can happen.
“I didn’t have a big company backing me when I started Nicky Kay,” she muses.

“I didn’t have the backing of big corporate companies when I started this brand, but what I did have was an extremely supportive family and partner and that was all I needed. I started from a garage and my yiayia’s garage and have already grown so much from there.”

Indeed, when Nicky Kay has pop-up stores around Melbourne, her entire family attends to support.

“It is definitely like a scene from My Big Fat Greek Wedding but I wouldn’t have it any other way. Seeing Nicky Kay kick goals is a dream come true not just for me but for my family as well. When you have this kind of support the sky is the limit!”