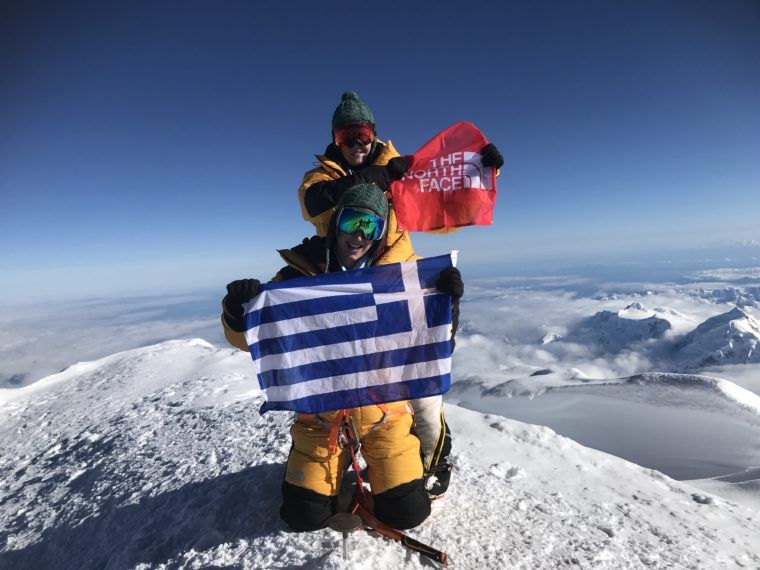 Christina Flambouri and Vanessa Archontidou are the first Greek women in history to have climbed to the summit of Mount Denali, the highest peak in Alaska.

Making it to the top was no easy feat. Considered one of the hardest climbs in the world, the pair were faced with extreme low temperatures and various technical challenges but through perseverance managed to reach the top on Tuesday 4 July and planted the Greek flag on the peak.

The achievement was particularly sweet for Flambouri whose interest in mountaineering ironically stemmed from a fear of heights. Determined to overcome it, over the past three years she has managed to find the time between work and studying a second degree to achieve her goal.

“It takes persistence, to love what you do, to work and have the discipline needed for the preparation. And, of course, to make sacrifices and save to collect the money needed,” Flambouri told Athens-Macedonian News Agency (ANA).

Aside from the financial aspect, the 29-year-old faced the added challenge of overcoming an injury she sustained just a few months before her trip, which she says only added to her determination.

“In an assessment of the seven highest peak on each continent, Denali is in the same difficulty class as Everest. It is the highest mountain in North America. It is not the 6,200-metre altitude that make things hard for climbers but the technical difficulties. The climber must carry their personal and team equipment. We all carried more than 40 kilos and I am only 55 kilos. Therefore, I consider this the first obstacle that deters women from going or causes them to fail and give up from the start,” Flambouri said, who hopes that other women will follow in her and Archontidou’s footsteps.

She not about to stop there. The impressive achievement has only fuelled her hunger to tackle all seven of the highest peaks in the world, so far having climbed Elbrus, Kilimajaro, the Andes, and now Denali with her sights set on Everest, Vinson in Antarctica and Mount Wilhelm in Papua New Guinea.

Organised by the Hellenic Federation of Mountaineering and Climbing, also taking part in the mission were Fotis Goudas and Giorgos Marinos.