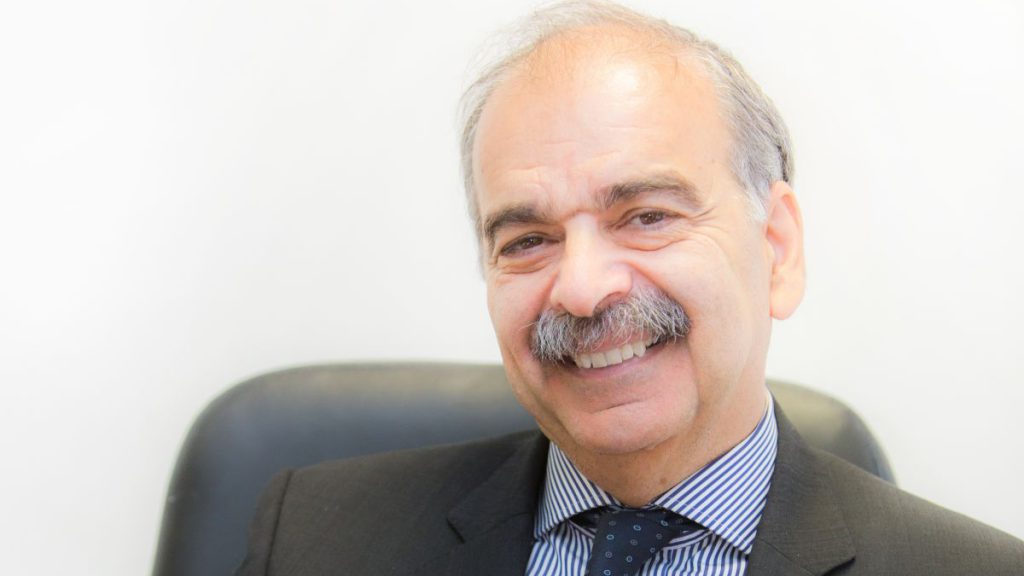 In 2010 when the Greek austerity crisis began everyone focused on its domestic, European, and global causes, and only a few were concerned about its effect on the human capital of the country, especially on our highly educated, Greek university graduates.

In the last few years there has been a shift in this attitude and, although the public discourse is still preoccupied with the crisis’ root causes, the impact of the Greek crisis upon highly educated young people has been receiving more attention from the Greek government and its academics as a major issue for concern and policy making.

Neos Kosmos has been publishing articles on the highly educated young Greeks who have migrated from Greece sporadically and has therefore referred to the brain drain phenomenon.

It was only a few months ago, during Terens Quick’s visit that Neos Kosmos raised the issue by making public his positions on the government’s intention to implement brain drain policies.

Here the Secretary General for Strategic and Private Investments of the Greek Ministry of Economy & Development, Dr Lois Labrianidis, discusses the brain drain phenomenon and the newly launched Knowledge and Partnership Bridges initiative.

Τhe national programme, which is being implemented by the National Documentation Centre (EKT), aims to connect scientists and Greek professionals who live and work overseas and introduce and exploit ideas, knowledge and expertise through effective partnerships with scientists, private businesses, universities, and research centres in Greece.

Nowadays the brain drain phenomenon has been receiving more attention. What are the main characteristics of the phenomenon and why are we discussing it more today than a few years ago?
The term brain drain refers to the migration of highly educated personnel to countries abroad for what is usually long-term professional employment at research and scientific centres or businesses. We should remember that the brain drain is not an exclusively Greek phenomenon, especially as regards the less developed countries.

In contrast, the more developed countries are experiencing what is known as ‘brain circulation’. In this case, there is a balance between graduates moving from one country to another, meaning that there is no loss of highly educated personnel. The growing importance of knowledge-intensive activities for the economy, culture and cultural progress of any country is the major reason that initiatives to attract scientists are introduced internationally and academics as well as governments are paying more attention to the phenomenon.

One of the most prevailing views is that the brain drain is caused due to the oversupply of Greek graduates in the labour market. However, you seem to question this view and trace the main causes of the phenomenon in the country’s model of development and production. Ultimately, what is the reason that Greece suffers from the brain drain?
To start with, I would like to point out that the phenomenon is not recent. Although it was a major concern in the 1990s, it undoubtedly worsened during the crisis period. There are many reasons for this development. Unemployment, underemployment, attempts to find employment more in line with a person’s skills and qualifications or with better prospects or even the desire to live in a different cultural environment (cosmopolitanism) are the main reasons for the brain drain phenomenon. One of the main reasons is the long-term mismatch between supply and demand of work for graduates, which in turn arises from the limited demand for specialised personnel.

This disparity is not a result of the allegedly large number of graduates, as we often presume. It is catastrophic to believe that graduates are the cause of the problem because this perception leads towards alleviating the problem by reducing the number of graduates and this would result further in the degradation of the country in the international division of labour and it would have incalculable negative consequences.

In this respect, we need to stress that the issue of brain drain relates to the structure of Greek entrepreneurship, which has been orientated towards low value-added products and services. Additionally, we shouldn’t overlook the fact that the migration of highly educated personnel to other countries is a timeless phenomenon that connects with the need to acquire specialist knowledge from elsewhere. A third aspect is obviously related to the economic crisis in the country, which coincides with the efforts that other countries are making to attract young scientists by offering financial rewards, prospects for career advancement, and a better standard of living.

We all know that it is not easy to estimate immigration flows due to the lack of reliable data and coordination among the authorities and agencies managing the immigration situation. What kind of statistical data do we have on the brain drain?
Unfortunately, up until now, it hasn’t been possible to record the migration of specialised personnel. However, I believe that it may be possible if comprehensive records were kept and this is exactly one of the main goals of our initiative. According to two research projects, conducted by myself and Dr Pratsinakis Manolis – through the Marie Currie (EUMigre) scholarship – and LSE, we estimate that today there are approximately 250,000 Greek scientists who live and work overseas.

Recently, Giorgos Tsipras, the Secretary General for International Economic Relations of the Hellenic Ministry of Foreign Affairs indicated that the systematic record keeping of Greeks living and working overseas has begun. What kind of information should we disseminate to the Greek diaspora in Australia?
My understanding is that a pilot programme has begun. We are in constant contact with the Ministry of Foreign Affairs and we will join forces so as to keep this recording as comprehensive a record as possible. As far as Knowledge Bridges is concerned, we have created a questionnaire which will serve as a first documented log of the Greek diaspora’s scientific personnel. It is available on the Knowledge Bridges website.

In the absence of reliable data and official statistics on the magnitude of the IMP phenomenon, what do we know about the demographics on the brain drain?
In recent years there has been a greater diversity, in the sense that while previously migration was very selective, with the main destinations being Europe or the US, now there are flows in virtually all directions. It is indicative that since the creation of the Knowledge Bridges website there have been visitors from more than 120 countries. Furthermore, earlier flows were exclusively directed towards the capital cities and other metropolises, but this has changed dramatically. The majority of people who decide to leave are over 30 years of age.

In one of your articles, you stated that the brain drain phenomenon can benefit the home country. Can you describe your current position?
Undoubtedly, those who benefit from the brain drain are the host countries and that is the reason that many developed countries actively employ policies to attract ‘brains’.

In recent years, it has become a concern of certain countries e.g. the US that there is a growing trend for scientists to return to their countries of origin, such as India and China, which now have a higher rate of development. However, it is worth mentioning that the brain drain can result in a number of positive outcomes for the country of origin, in the sense that the scientists who return from overseas have incorporated a wealth of knowledge as well as life and work experiences.

It is also for this reason that we are promoting Knowledge Bridges. We believe that Greek scientists, for as long as they work abroad, can act as the country’s ‘ambassadors’ on the one hand, and on the other hand, contribute with their knowledge and experience to the country’s progress through their links with the Greek economy.

A few months ago the Greek government launched its National Development Strategy 2021 in which it explicitly stated the need to shift towards a knowledge-based economy since this model of development and production is capable of addressing the needs of highly skilled labour and then utilise them in a productive way. Can you elaborate?
Since the brain drain is a structural problem, it is necessary to promote fundamental changes both in our development model, as well in the mindset of political actors, producers, the state etc. Our economy needs to produce more complex products and services. This is going to be the new development model that is proposed by the strategy. The outcome is going to be medium to long-term. To alleviate the problem in the immediate future, we are discussing policies that have already been implemented on a small scale, and aim to control the outward flow of young scientists.

It seems that, the implementation of a National Development Strategy 2021 requires structural changes, which in turn require time, etc.

Quite a number of Greek scientists who live and work overseas do not wish to or cannot return to the country immediately. Therefore we must find a way to work with them while they are abroad, and create the appropriate conditions for the development of their business or research activities in Greece concurrently.

It is for this reason that we have launched Knowledge Bridges. Let’s not forget that over time Greeks have created diaspora networks which have safeguarded and strengthened national unity i.e. the Greek communities of Egypt, Middle East, London, and Australia.

More than anything, we want this platform to be a networking world for Greeks, wherever they are. The success of the initiative doesn’t only depend on us, but on all Greeks around the world!

Through the initiative’s website, someone can find partners, information about funding programmes and scholarships within Greece, they can help a Greek business to sell its products in the country where they live, they can assist friends who are self-employed or are employed in a business in Greece to come into contact with businesses abroad, or even set up a business in Greece alone or jointly and act as a mentor/business angel to a start-up.

Through the platform’s cooperation/partnerships sector the initiative acts as a bridge between young and/or renowned Greek scientists and professionals overseas and local Greeks.

Greek scientists and professionals who work either overseas or within the country can register on the cooperation/partnership platform by filling in information about their field of science, professional or business background and their needs relating to employment in Greece and networking with other young scientists. In this way, we are creating a robust online community.

Greek organisations can also register on the platform by completing details on their available job positions and opportunities for partnerships and networking with Greeks who live and work abroad. The main objective is to create links between valuable Greek personnel and Greece, ultimately to create new opportunities for everyone.

Knowledge Bridges is a national initiative that I believe in. Benefits at personal, local and national levels can result from this initiative. Therefore I would like to invite the Greek diaspora to visit our website and support it. Their contribution will be invaluable, since Greece’s national prosperity is not only a matter of collective responsibility, but it is also the result of everyone’s effort and participation.

For more information about the Knowledge Bridges Platform and details about registration to participate in the initiative, go to knowledgebridges.gr/en
For more on the National Development Strategy 2021 view chronos.fairead.net/labrianidis-EAS2021

* Dr Lois Labrianidis is the Secretary General for Strategic and Private Investment of the Greek Ministry of Economy and Development. He is also a Professor at the University of Macedonia (Department of Economics) and Head of Regional Development and Policy Research Unit (RDPRU). He specialises in economic geography and regional development and has written many articles and books on brain drain.

* Maria Filio Tridimas is a sociologist with a strong interest in immigration policies, inclusion and migrant education. She has studied Human Rights, European Studies and International Relations and Educational Policy at the University of Warwick (UK) and University of Athens (Greece).