Women are the worst affected victims of pokies 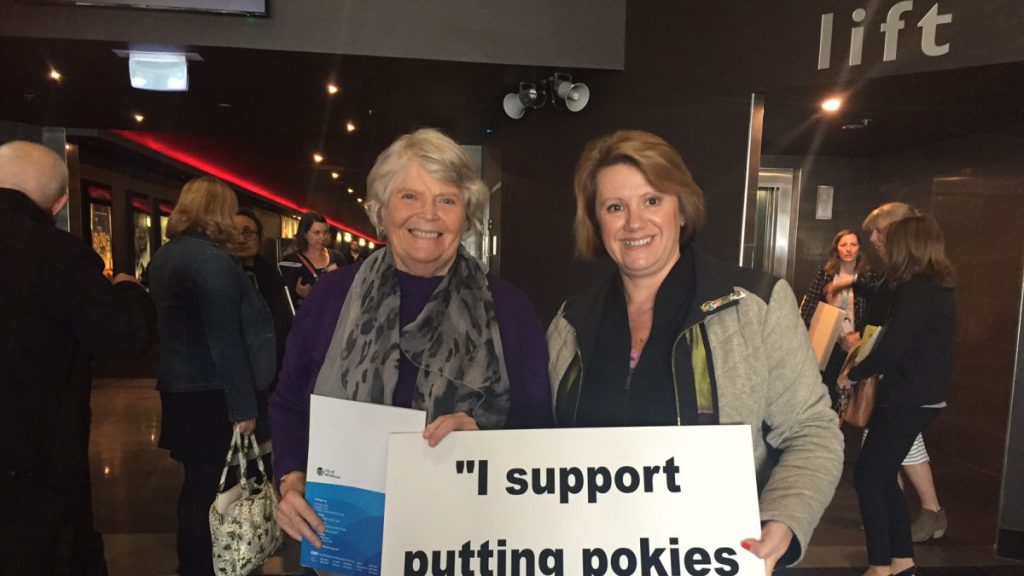 “I hear stories consistently from all members of the community and from the Greek community as well, where husbands go to play pokies and then they lose that fortnight’s pension and there is no money left to actually buy groceries or pay the electricity bill. Then women have to go and line up at welfare agencies for food parcels and for emergency relief in terms of vouchers to buy groceries to feed themselves”.

Whittlesea councillor Mary Lalios knows the repercussions of gambling all too well. In her capacity as president of the Municipal Association of Victoria she’s been on the receiving end of stories like that coming from all over the community.

“I hear stories like that all the time from the members of our Greek community, I hear stories of women who are subject to domestic violence through either being ‘bit’ or through financial abuse. Some women feel comfortable to talk to me but some they feel ashamed, they feel embarrassed that this is happening to them, which is absolutely sad”.

Cr Lalios herself is elected in an area which ranks among Victoria’s top five in terms of sums being lost to the gambling machines.

She lives in close proximity to the Epping Plaza and Plough hotels in Mill Park, where $20.96 million and $19.4 million respectively were spent during the last financial year.

On Tuesday, Cr Lalios and others will meet on the steps of Parliament House and hold the first anti-pokies rally organised by the Alliance for Gambling Reform.

“The rally came about because it is women who are mostly affected from gambling”, she says. “A lot of men own the poker machines like James Packer who owns Crown, and Bruce Matheson, who owns the ALH Group, but it is the women who get affected. That’s one of the biggest reasons this rally came about: it is about protecting women.”

All state councils are adding their voices to the cause, having had some experience on the effects of gambling to the community.

“In the city of Whittlesea residents in the last financial year lost $107 million,” says Cr Lalios. “In Victoria the total amount lost is $2.6 billion through pokies which equates to about $7 million lost a day”.

All 79 Victorian municipal councils signed a resolution about poker machines last week and they are asking the state government to put in place a number of policies that would actually reduce the losses from $2.6 billion to less than $2 billion.

Those policies include the reduction of bets to $1 per spin, with the maximum of $120 losses per hour.

They are also asking for the reduction of venue operating hours.

“Currently venues can operate for 20 hours a day, and most of them close between 2.00 am to 6.00 am and generally speaking people are not out at those early hours of the morning”.

“In areas like Whittlesea where a lot of growth is happening in Wolert, Merinda, and Doreen we’ve just got to make sure that as these communities are establishing that the first venues in these communities isn’t a gaming machine venue.
“We have to make sure that the planning processes that are in place actually protect new and establishing communities. We are holding a rally outside Parliament House driven by women against pokies to send a message to MPs: delay this legislation and amend it to seriously address the harm caused by poker machines!” concludes Cr Lalios.

The rally will be held on the Victorian Parliament House steps on Tuesday 31 October at 10.00 am. Speakers include Upper House MP Fiona Patten, Independent MP Suzanna Sheed, Reform advocate Anna Bardsley, and Whittlesea Councillor and President of MAV Mary Lalios.