Taking the guesswork out of destination weddings in Greece

Since setting up shop in Melbourne, Greece-born photographer Panos Kiokios has become the go-to for couples planning their dream wedding in Greece

The latter half of my 20s have felt like an ongoing wedding season, with friends popping the question and others being proposed to a common occurrence. Aside from more couples opting for scenic beach and picturesque winery weddings, I’ve also noticed a notable rise in destination weddings.
While it might seem excessive to some to expect friends and family to take the time off and fork out money for flights half the way across the world, with the average wedding in Australia costing $65,482 according to a Bride to Be survey in 2016, it’s not hard to see why some are opting for a more intimate wedding abroad with those closest to them.

And while the idea is no doubt dreamily romantic, anyone who has organised an event of such significance will know that it’s all about the detail, which is no easy feat when trying to organise everything from overseas, especially if there’s a language barrier.

That’s where photographer Panos Kiokios comes into the picture (never mind the pun).

Having recently relocated from Patras to Melbourne, the owner of Panorama Imagery and Films has found his niche market in destination weddings in Greece. Conveniently located in West Melbourne, couples are able to meet with him locally to build a rapport and develop the concept of their wedding, before meeting up again in Greece for the big day.

“Everyone I met in Melbourne knew somebody that went to Greece for their wedding, and I thought Greece is my backyard; I’ve done weddings on the Greek islands and the mainland so I could be a big help for people,” Panos told Neos Kosmos.

“People from here don’t necessarily have the connections and they rely on the long distance communication, and hopefully, everything will work out for them. Sometimes it does, but sometimes it doesn’t. So it’s a good idea for people to have somebody here, especially the photographer, because the photographer has to have a connection with the couple, to meet before the wedding and help them feel comfortable. So people will always have the piece of mind that I’m next door.”

That way upon returning back home to Australia, clients can meet with Panos as many times as necessary to work on developing the wedding album of their dreams.

“They can be sure for the best. It’s not like I’m someone they’ve never met. It’s a big deal to have someone that you trust and that you’ve met,” Panos says.

“And let’s be honest, in Greece, especially when it comes to destination weddings like in Santorini, it’s a huge business, and sometimes times – not always – you are a product for the professionals of this industry, they consider you to be just a number. With me it’s more personal, and of course I’m dedicated to them.” 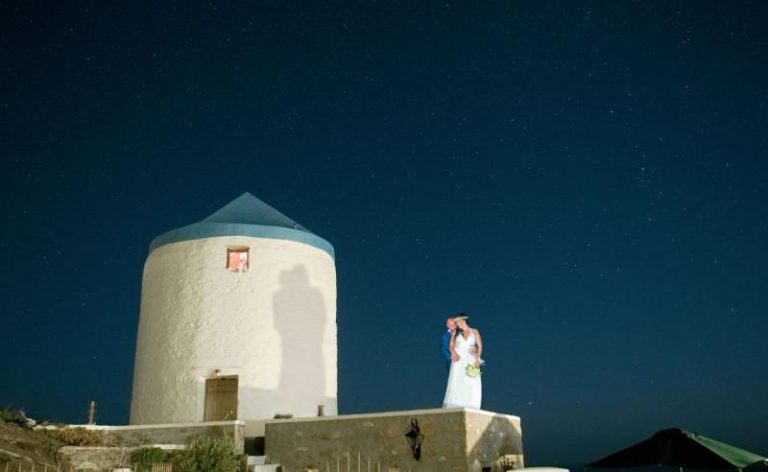 Given Panos travels to Greece to work with his already established client base, what is particularly enticing is that the client will not be out of pocket for the photographer’s travel expenses from Melbourne to Greece.

Packages on offer can be tailored to suit each couple’s needs and budget, along with options for both photography and filmography. The most popular package includes a pre-wedding photoshoot the day before the main event, and the full wedding day including before, during, and after the ceremony with unlimited photos included. Meanwhile, if the couple wishes to kick on the next day, Panos and his team are more than happy to make themselves available.

And while he makes it clear that he is far from being a wedding planner, Panos is also happy to offer clients advice regarding the general plans for their wedding, and can even help to solve any problems that may arise for the couple in Greece.

“I have the connections and could be very helpful for them. Or even just before the wedding I could help to supervise a little bit,” he offers. Interestingly enough it was a different type of lens that gave Panos his headstart in photography.

While pursuing his studies in optometry in Athens in 1999, he recalls a close friend who was a photographer and in urgent need of someone to step in for the day, approaching him to fill in.

“I’m good with physics and lenses – it was my studies – I knew how the light works through the lenses. So I did the job, it was fun, I earned good money, and I thought why not?” And the rest, as they say, is history. But the history really is the interesting bit, after all.

He never knew that saying ‘yes’ would lead him to changing career paths and almost 20 years later be living in Australia and running his own photography and film studio.

The plan was always to open up an optometry business, but after completing his degree, he hit a wall.

“Nobody advised me that I need heaps of money after that to open a business, and I came from a poor family, so I couldn’t actually start that kind of business,” he reveals.

Originally from Arta, after completing his studies he decided to move to Patras and open a photography business in 2002, with great success. Until the financial crisis hit.

“I saw the signs early, and I knew what was coming,” Panos says.

“You know it’s not tough, it’s almost impossible these days for a business to survive because a lot of changes happened in the legislation. But it’s not only that, it’s because the system is not stable, so you never know what the next day is going to bring you.”

An adventurous spirit at heart, who always had his sights on travelling with little desire to stay in one place for long periods of time, he didn’t shy away from the challenge and turned his attention to Australia.

“I have a good friend here, Con Tsioukis, he’s also a photographer and we met in Greece. That was the first contact that I had here. So I just jumped on the plane and came to see what it’s like. Con gave me all the support I needed in my first steps in Melbourne and I’m so grateful to him.” And after 18 months, he wholeheartedly admits “I love it.”

“Here people are more simple; they are not pretending. They just each have their simple lifestyle. Also the system is fair here, I love that. It’s a beautiful country – different from Greece of course – but it’s beautiful and I’ve met amazing people here, and it’s very welcoming actually,” he says. 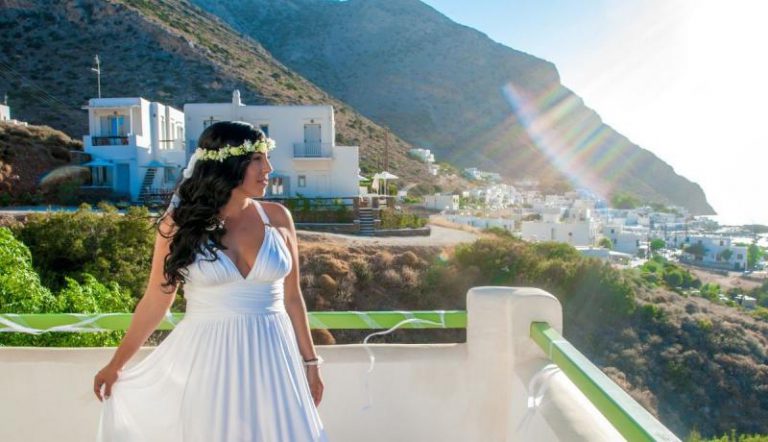 The move Down Under hasn’t been without its challenges. While from a business perspective, work has already taken off in just 14 months since its launch, he has been missing his wife and two children, who will join him in the coming months.

“To start a new business from scratch in a new country, that’s tough. It was a little bit risky to come all together you know, so my wife had to keep going over there until I built my business up here.
“Trust me it is so hard … especially with kids. I wish they were all here to annoy me a little bit and be normal,” he smiles.

It is this love for his family, and the continual pursuit of his passion for photography that keep him going.

“I always say that wedding photography is like a reportage – you’re covering events – but you also have to cover the reportage with an aesthetic and beauty. You work hard to produce something beautiful for the couple, to make it memorable,” Panos explains.

While his aesthetic can be described as whimsical and romantic, with soft colours and tones, he assures that he is willing to work and adapt to produce the client’s vision.

“Every wedding is different, it’s not like it’s a production line. So every time you’re dealing with different people, different styles and sometimes you adapt on the day. That’s why it’s so important that couples meet with the photographer, so I can have an idea of what kind of people they are, what they like, and what their vision is. That’s how we build the foundation for the big day,” he says. 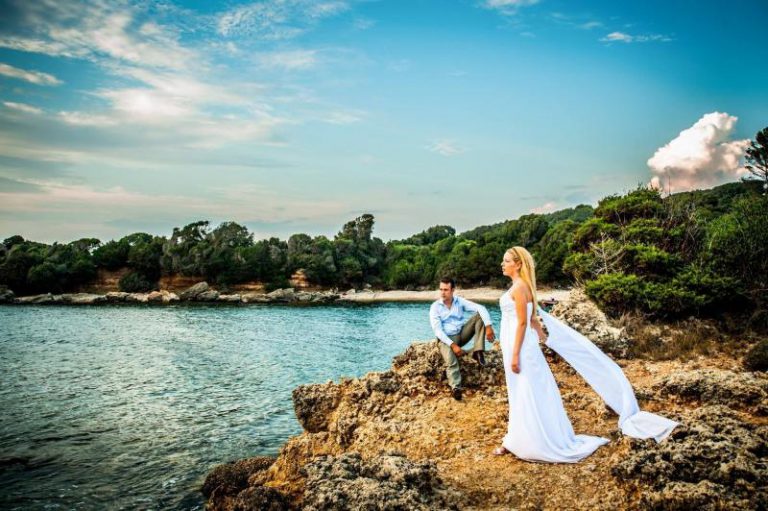 * Aside from weddings in Greece, Panorama Imagery and Films is available for weddings across Victoria, and for other events including christenings, birthdays and corporate gatherings, with packages that can be tailored accordingly.

Panorama Imagery and Films is located at 79 Ireland St, West Melbourne, VIC. For enquiries call (03) 8711 4670 or 0416 971 637. To see more of Panos’ work, visit panoramaimagery.com.au or follow Panorama on Instagram @panorama_imagery and on Facebook.