Faces of Exarcheia, Children of the night 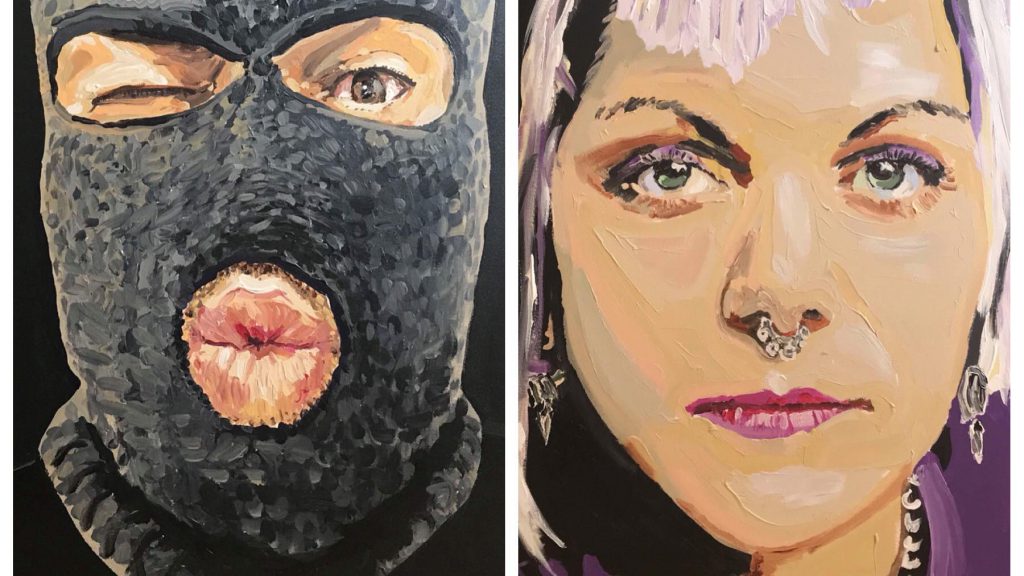 It is not the first time that Neos Kosmos has featured Australian artist Ben Fuog, a Philhellene with a very defined passion for Greece and its people. He is currently showcasing his work at a new gallery space in Exarcheia, Ama-Laxei.

Fuog is an artist from Melbourne, known in Australia for his portraiture work, having been a semi-finalist for the past three years in the Doug Moran National Portraiture Prize. His work also includes landscapes, still life, and installations.

Fuog has previously been inspired by Greece and its beauty or even its unfortunate predicament amidst the financial crisis. After his first visit to Greece in 2009, he was inspired to create his first Greek project in 2011, Free Coin which consisted of hundreds of reconstructed Euro coins pasted up around the centre of Athens. This coincided with the local mass demonstrations and protests. That summer he experienced the action firsthand which lead him to his abstract exhibition ‘Moλων Λαβε’ based on the strikes in Athens, particularly by ‘Athina Kathari’ (Clean Athens). Back again in 2014 he observed the situation which led to his 2016 exhibition, ‘The Four Givens, The Great Pearl and Ikaria’, a more positively themed collection showcasing the calm and immersive beauty of one of Greece’s less popular but still magical islands. 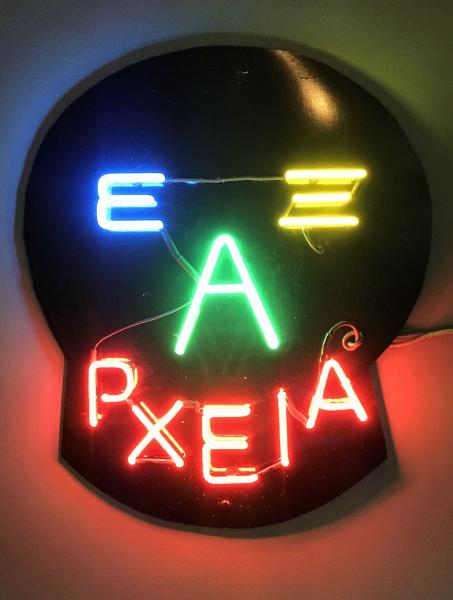 ‘Faces of Exarcheia/Children of the Night’ is his first exhibition in Greece, one that features work he has created as a citizen of Greece as he is currently residing in Exarcheia, Athens. Fuog describes his latest works as a culmination of all of his previous experiences, manifesting as an expose of paintings of the people, who live it, day to day. ‘Faces of Exarcheia/Children of the Night’ is a collection of recent paintings inspired by the people he has been drawn to locally.

“This exhibition is inspired by the people in and around the neighbourhood; it is a series of 16 portraits (acrylic on canvas) and one neon piece,” Ben Fuog tells Neos Kosmos, explaining that the title relates to the never-ending movement of humanity in the city; a city that never sleeps.

For the Melburnian artist who happens to be married to a Greek Australian, Athens is the most exciting city he has ever been to; an endless source of inspiration thanks to the intense concentration of the population which, to him, indicates that people in the Greek capital love and pursue interaction with others.

“Athenians have done so for a long time, which in a time of individualism and self-importance is like a cool summer breeze and something to be celebrated,” he stresses.

“This close proximity to one another allows perception and concepts to flow, which of course is a strong historical ideological strength of Athens.” His favourite suburb is Exarcheia, a central and rather underground neighbourhood, headlining the news bulletin most of the time.
“Exarcheia is beautiful and profoundly interesting,” he says. “It tends to receive a bad rap in the press (clearly politically motivated) but in reality it is a place built upon very strong morals and ideals. In fact I find it to be one of the safest neighbourhoods in Athens because of this.”

This exhibition, however, is not just a product of Fuog’s experiences as a citizen of the country, it came about through the meeting of many locals in the capital in the past.

“I’ve been based in the centre of Athens during previous trips to Greece, and when the opportunity arose and coincided with the opening of the new Gallery space at Ama-Laxei I thought the people would make a great subject. I’ve tried to capture the essence of the neighbourhood through the use of a cross-section of the diversity of the people living here.” What’s more, the more time the artist spends in Greece, the more he falls in love with it as he finds the people to be more responsible for themselves and one another than in Australia.

“People are allowed and expected to be and show the full range of their emotions in being human,” he emphasises.

“This forms a societal equality. In contrast in Australia, people tend to act differently in that they seem to conform to norms and live in a way that society expects of them. I’m not sure if this stems from a colonial convict past but the nanny state existing in Australia really feels much more pronounced since living here.”

Even though Fuog’s previous thematic had been inspired by Greece’s rather unfortunate predicament, focused on the financial crisis and certain aspects of urban decay, he finds that the situation has shifted following his last exhibition.

“Since my last time here, Athens has exploded. There is an innovative movement here born from the crisis,” he says.

“Last time in 2014, there was still a lingering fear and doubt hanging over most people. Now there seems to be a ‘fuck this’ attitude and let’s get on with it.”

If you find yourselves in Athens over Christmas, we suggest you pay ‘Faces of Exarcheia/Children of the Night’ a visit. Otherwise you can always check out Ben Fuog’s work on Instagram @benfuog or visit benfuog.com for more.

‘Faces of Exarcheia/Children of the night’

When: The exhibition opened last night Friday 15 December and the exhibition is open daily from 6.00 pm – 12 midnight and all day Saturday and Sunday.