‘Very soon we will all be forgotten’: Wantirna Park residents vow to continue fighting for tenant rights 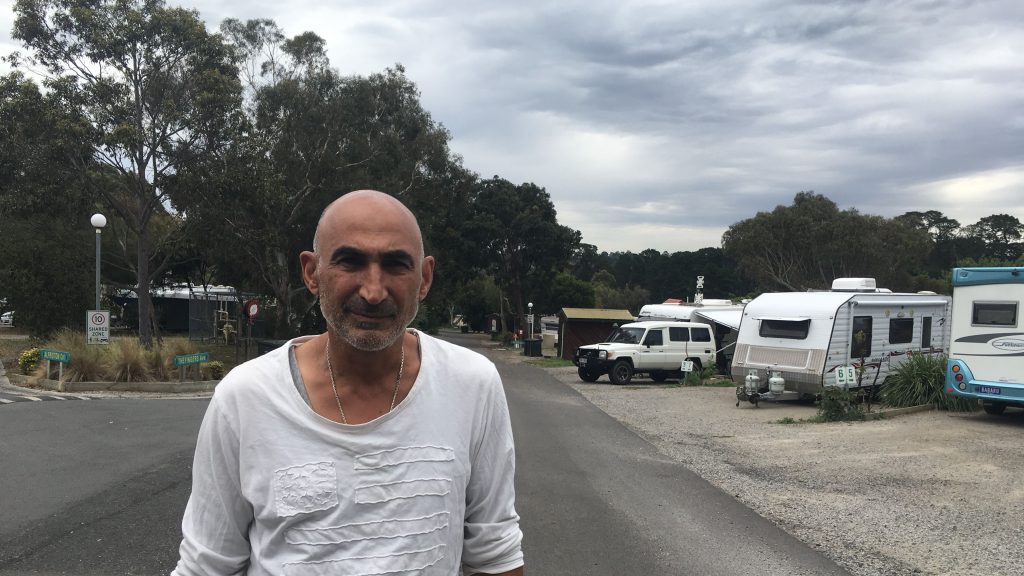 It’s the story of over 200 caravan park residents who lost their homes when property developer Longriver Group paid $36 million for Wantirna Park Caravan Park last year leaving those who had called it home – some for over 20 years – to relocate and rebuild, at their own cost.

Some of the residents owned their homes but rented the land the homes stand on.

Soon after purchasing the property, Longriver managing director Andrew Yu had attempted to raise residents’ rents by over 50 per cent. After a swift intervention by Consumer Affairs Victoria, park management lowered the increase. Still the rent costs were unaffordable for many residents. Then all residents received notices to vacate by early January 2018.

As an incentive to leave the premises earlier, residents were advised that should they sign the paperwork and leave their homes by 10 July this year, their homes would remain and they could pay reduced rent until the final removal day.
In Victoria, the Resident Tenancy Act 1997 * contains a loophole whereby caravan park tenants can be asked to vacate and not be compensated for their losses.

Some homes were valued at over $150,000, and were sold for as little as $45,000 out of desperation by their owners. All residents, nevertheless, had to find a new location for their homes and pay for removal and demolition costs.

Con Mylonas, a food services technician and father of three, was one of the residents who was impacted.

“It was a beautiful place, homes everywhere, it was something,” he said, walking past the demolished homes at the Wantirna property.

“My house was the house at the end. Look at the destruction. I’ve been here 14 years and I’ve taken loan after loan after loan to build a home that was a bit more respectable and had a bit more space for my three boys when my missus left, and now it’s gone just like that,” he said with an emphatic snap of the fingers. “We came here for a roof, and now they’ve taken the last little bit from us. We are pretty much homeless.” 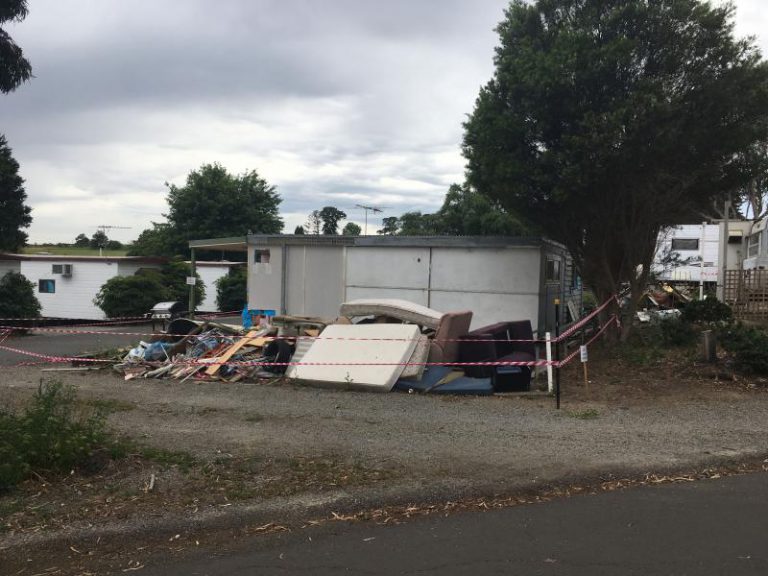 Mr Mylonas had built a three-bedroom home, and fitted out his property with paving, palms and olive trees, and a pergola. He says he happily raised his sons in his $150,000 home.

But after he learned the park was closing, receiving notice to vacate in December 2016, he hired trucks and cranes to remove and relocate his home, at a cost of around $14,000.

He began receiving sale offers of around $20,000, and received $4,000 support from the state government inclusive of bond money and one month’s rent in advance. He claims this was nowhere near enough but for those that were not eligible for public housing, this was their only option.
Mr Mylonas temporarily relocated his family to a $1,800 per month rental home while he paid for the expenses to move his house to another caravan park in Longwarry.
Mr Mylonas takes out his phone to display photos of his new residence. His anger subsides and he turns quiet andsolemn.

“This is where I’m living,” he says as he scrolls through the photos on his iPhone. “A mobile home in the middle of a paddock. Nothing makes sense anymore. Of course it’s going to be more difficult to live there,” he said.

Mr Mylonas’ new home is still getting set up. He finds himself without necessary amenities and he’ll need to continue to rely on bore water and a gas canister. “I’ve taken two weeks off work because I’m fatigued, I’m drained, I have to fix up my house and put it all together again at my cost,” Mr Mylonas said.

His plan was to live at Wantirna when he retired, and pass his home onto his children when he passed away. Now, he says he has nothing to pass onto his three sons; a carpenter, concreter, and spray painter.

Peter Gray, founder of the Wantirna Residents Action Group (WRAG) and 27-year resident said he knows the state government has to work within the law, but he maintains that in these situations, the government should “forget about the law”. The group want compensation for moving those homes, which can cost about $50,000 per building.

Elsewhere, such as in New South Wales, the Residential (Land Lease) Communities Act 2013 (NSW) provides a scheme for compensation in circumstances similar to these at Wantirna. “We’ve never campaigned about the closure of the park; our campaign is about justice and affordable living,” said Mr Gray. He said that the developer is doing everything legally just not morally.
WRAG wants the law fixed because “now it is allowing the owner to come in and treat us like blades of grass.

“To come in and say ‘Okay, I’ve bought the land, now you can all go by a certain date’ without really looking at the ramifications of what his actions are causing [is the problem],” Mr Gray said.

Of the 200 Wantirna Park Caravan Park residents affected, many were pensioners and elderly.

Some support services were provided through the City of Knox including a hub of agencies set up in the park three days a week by the Department of Human Services, Villa Maria for aged care, EACH mental health, and Uniting Care Harrison.

Funding has been provided, through these services, not directly to the residents.

“We’re asking them to give us something at least the removal costs, these people are too old. They’ve got no money. How can you move a home when you’re getting your pension and expect them to come up with thousands of dollars to remove their house?” Mr Mylonas laments.

He says his future is unknown. His life has changed since the closure of Wantirna but he says he has given up.

“That’s what it makes me feel like doing. I don’t want to work anymore because all I’m doing in killing myself even more,” he said.

He reflects on the media that have covered the issue, and wonders what will come of it. “Very soon we will all be forgotten. The developers win. The government wins. The council wins. The owners win. How about the people here? And we get zilch. Why don’t they look at us as human beings?”

* The Residential Tenancies Act is currently under review by the state government.