A British court has ruled that 34 Greek Cypriots have the right to seek damages from the UK in relation to claims of torture perpetrated by British soldiers during Cyprus’s struggle for independence.

In a legal defeat for the Foreign Office, the high court judge Mr Justice Kerr dismissed the British government’s argument that Cypriot law should also apply in the case. The government’s motive was that if heard under Cyprus law, which includes a stricter statute of limitations than UK law, legal proceedings would have been difficult to initiate, due to the length of time since the events.

During court proceedings, which took place at the Royal Courts of Justice in London, Mr Justice Kerr said: “…In this case…where a state stands to be held to account for acts of violence against its citizens, it should be held to account in its own courts, by its own law, and should not escape liability by reference to a colonial law it has itself made.” The 34 claimants in the case are former members of EOKA, the Greek Cypriot nationalist guerrilla organisation that fought to end British rule in Cyprus in the1950s. Their lawyers said the judgement meant that the case could “now go full steam to a trial.”

Solicitor Kevin Konroy told reporters that the ruling was “a significant victory for the claimants … who have been fighting for recognition of the torture and human rights abuses committed against them nearly 60 years ago.”

Mr Konroy said the British government had made “a deliberate attempt to frustrate the claimants from receiving justice… Many of them still suffer from the physical and psychological injuries inflicted on them at the time.” 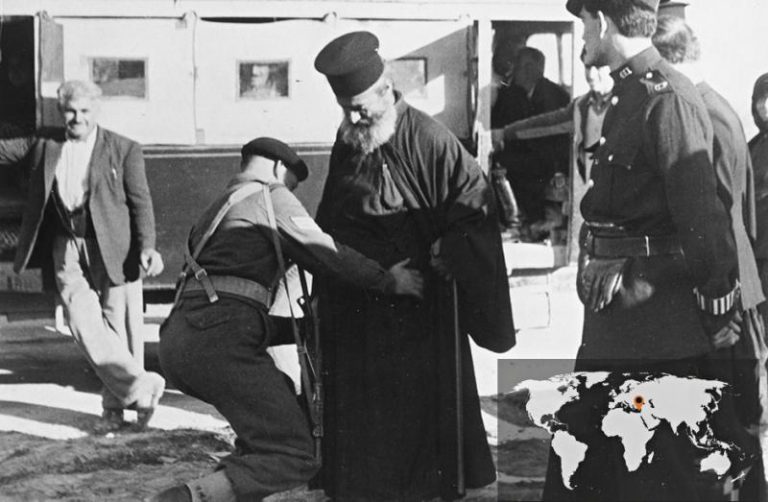 The EOKA veterans in the case, most in their eighties, and two of whom are women, reacted to the judgement with emotion. Outside the courts, 79-year-old Christos Sokratous told the Guardian:

“I feel very strong today, very strongly that after all these years justice finally may come,” “There aren’t many more years left…For a whole month, they beat me, kicked me, slapped me and hurt me and I only hope they don’t find another argument not to do what is right,” he said.“The English are cunning. They are as cunning as wolves.”

Recently released Foreign Office documents have shed new light on the Cyprus insurgency, including admissions by British officers of torture and abuse. Brutality was perpetrated by both sides in the last days of the crown colony, with assassinations by the heavily outnumbered EOKA fighters a bitter feature of the guerrilla campaign.

In Australia, the Greek Cypriot community has welcomed the high court’s judgement. “Another truth of the struggle for freedom, is that tortures didn’t take place only in the torture cells but also outside, in the cities and villages, the schools, the churches, the and the houses. Nobody was safe in any part of Cyprus.

“I hope justice will be done, not only for the few who sue the British government but the whole of the people of Cyprus.”