Keros, a not so popular Cycladic island in the central Aegean has become the centre of the Archaeology community after a team of researchers Cambridge University’s Department of Archaeology revealed a sophisticated a settlement near Daskalio islet. Meanwhile, Daskalio, had been dubbed the ‘world’s oldest maritime sanctuary’ in a previous expedition a few years back.

The new discovery is adjacent to the prehistoric sanctuary on Keros for which 1,000 tons of stone from Naxos were used. The highly skilled builders had shaped the headland like a pyramid, enhanced with a series of massive terrace walls. 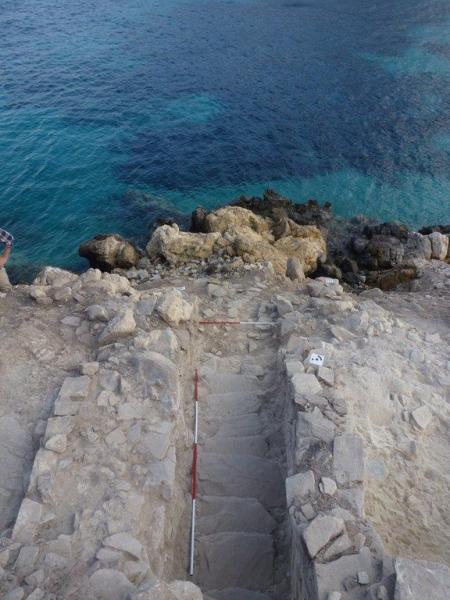 According to the press release, in the settlement they found a “more imposing and densely occupied series of structures than had previously been realized,” making it “one of the most impressive sites of the Aegean during the Early Bronze Age (3rd millennium BC).”

“The islet, with its narrow causeway to the main island, may have become a focus because it formed the best natural harbour on Keros, and had an excellent view of the north, south and west Aegean,” Professor Colin Renfrew said.