Thessaloniki’s Palace of Galerius prepares to reopen to the public

The historical complex, which dates back to the 4th century, is one of the city’s most significant archaeological sites 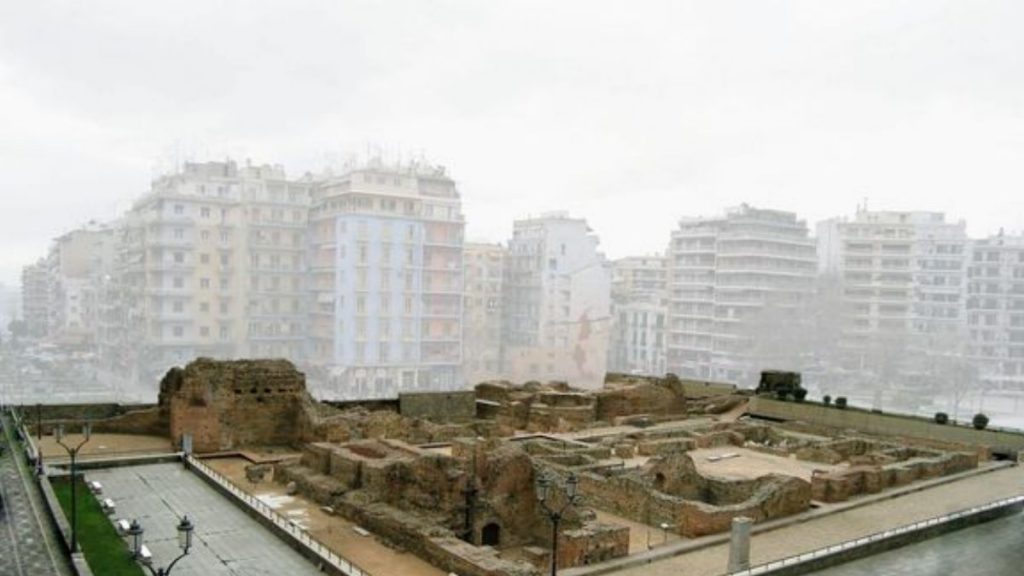 The Palace Complex of Galerius will be reopening on Tuesday.

Lovers of history will have another site to add to their list when travelling to Thessaloniki, with the Palace Complex of Galerius due to reopen on Tuesday.

Dating back to early 4th century AD, the ruins have been closed to the public for the past seven years.

Extending over 9,000 square metres, the site was erected at the turning point of the Roman and Byzantine worlds when Caesar Galerius Valerius Maximianus (293-311 AD) chose Thessaloniki as the seat of the eastern part of the Roman Empire.

Considered to be the most significant monumental group in Thessaloniki, the site was rediscovered in the second half of the 20th century during excavations.

While the Apsidal Hall and other buildings at the archaeological site located at Navarinou Square are visible and accessible by the public, much was buried with the reconstruction of the city centre.

The complex will reopen with an emphasis on increased security, which will see seven guards monitoring the site during visiting hours.

The Galerian Palace Complex (Navarinou Square and Demetriou Gounari Street) will be open Tuesday-Sunday from 9.00 am-3.00 pm. For more information, visit galeriuspalace.culture.gr/en/