“It was my duty and what my soul needed,” says Zoi Petalidou who traveled back and forth in two days 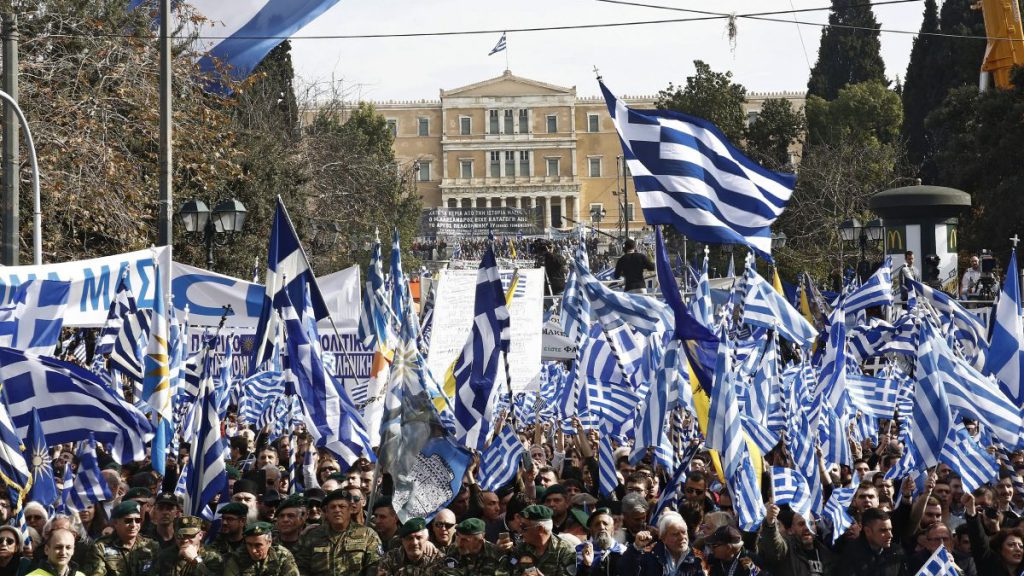 140,000 protesters holding Greek flags and shouting slogans took part in a massive rally over the name of the Former Yugoslav Republic of Macedonia (FYROM) in Athens Syntagma Square on Sunday 4 February. Photo: AAP via EPA/ALEXANDROS VLACHOS

The journey from Australia to Greece is far from an easy one. You spend a whole day on air and when you arrive, you need a couple more to adjust. Imagine doing that just for the weekend.

Zoi Petalidou did just that: on Friday 2 February, she got off work, went to the airport, made the long journey, and on Monday she was back to work.

In the meantime, she got to be among the 140,000 people who flocked the Syntagma square to protest against the negotiation talks between Greece and the Former Yugoslav Republic of Macedonia.

“I experienced the most beautiful thing that any Greek soul can offer, by just doing my duty,” she says. “Because this is how I seet it. As my duty and what my soul needed.”

The protest itself exceeded her expectations. “It’s hard to put into words,” she says, describing how she was one of the first to arrive, still exhausted from the arduous flight and the fact that she’d been working till the last minute, but was also one of the last to leave Athens’ central square.

“Greek people were shouting, crying, singing along with me,” she remembers.

“It was a beautiful spring day, it was something unprecedented. Sunday passed very quickly.”

Her decision to do this unusual weekend trip came on the spur of the moment.

“I go wherever I can, whenever my country needs me,” she says, and notes that there were others like her, coming from all parts of the world, although not for such a brief stay.

“I would do this in a heartbeat,” she says, pointing to her background as a proud Macedonian of Pontian origins, born in Thessaloniki.

“Now it’s time for the Melbourne rally,” she says. “I will be there alongside all the people who organised the first successful protest for Macedonia on the 21st January.

Our joy and emotions are beyond words, because we just know what unites us and we fight for it, overcoming obstacles and people who want to undermine our actions with vague and unfounded accusations,” she added.