The Greek tragedy that befell our Maria Callas

Our Own Maria Callas will screen as part of the 36th Greek Festival of Sydney. Neos Kosmos spoke to Greek director Babis Tsokas about his passion project 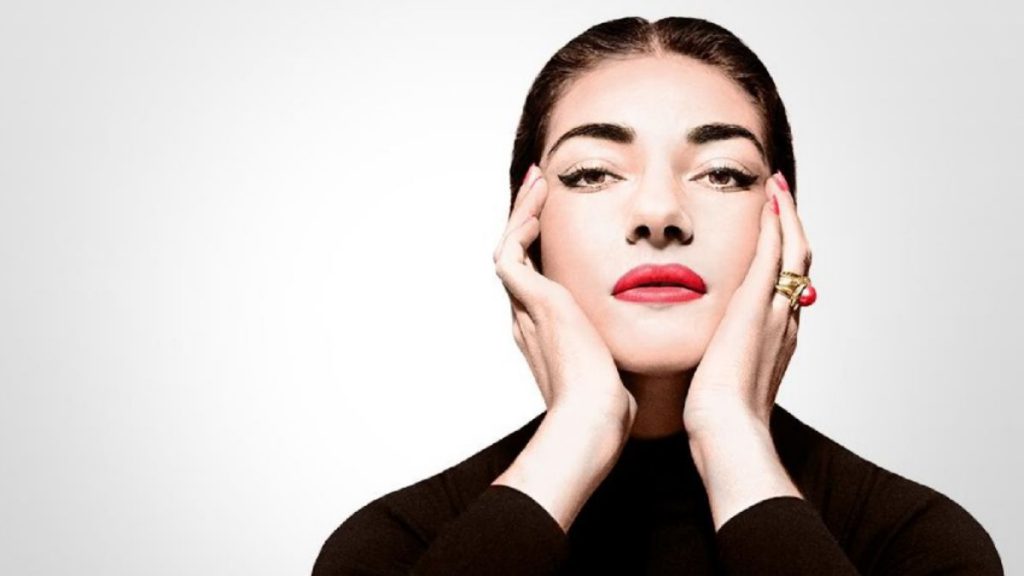 When Greek film director Babis Tsokas was in Kalamata making a documentary on world renowned archaeologist Petros Themelis, a twist of irony saw Tsokas discover the remains of a house in Neochori near Ancient Messene.

“Inside this ruined house there were different objects and clothes, and Themelis asked me ‘Do you know whose house this is?” Tsokas reminisces.

“He told me, ‘It is the ancestral home of Maria Callas.’ When I went to the house the roof and the ceiling were falling down. There was no cover whether it was snowing, raining, windy. It was like a ruined, derelict house. Inside was also a chest, a very beautiful chest that contained her belongings, but some of them were just thrown everywhere.”

The American-born Greek Callas is renowned for being one of the world’s greatest opera singers. Her parents were from Neochori and migrated to the United States in September 1923, and she was born four months later, and was named Cecilia Sophia Anna Maria Kalogeropoulos. By the time she started school her family name had been shortened by her father to Callas. Regarded as having a beautiful voice even as a young child, Callas’ mother took her back to Athens in 1937, the family had split apart and classical voice training lay ahead. Over the next decade she began her musical apprenticeship.

Callas’ international career as a coloratura soprano spanned from her debut in Italy in 1947 to her US tours in 1965, and along with her performances of Bizet’s Carmen she is famous for her performances at La Scala in Milan during the 1950s – including Verdi’s La Traviata conducted by Carlo Maria Giulini.

While Callas did not grow up in the village, she did visit her ancestral home of Neochori between 1937 and 1945 and Tsokas says that seeing the old family house in such a dilapidated state outraged him.

“I was left very shocked,” he says. “I wasn’t expecting that such a renowned diva and artist, that the whole world spoke of and knew, would have a crumbling and ruined house and for Greeks not to preserve it. The mayor and local officials didn’t care. That’s what moved me, I thought how is it possible that Greeks, the local authorities, everyone, to be treating Maria Callas in this way?”

Callas died of a heart attack in Paris on 16 September 1977 at the age of 53. The tragic state of the house can be viewed as a metaphor for Callas’ life. Tsokas says tracing the history of the Greek opera star’s life on and off the stage gave him the theme of the documentary.

“Callas used to sing those arias that reflected her own life and that is how I have made the film. From inside those arias and operas, I tell her story and her life. For example, she comes to Greece and suddenly she leaves her husband of 10 years, Giovanni Meneghini, who had made her a diva, for Aristotle Onassis. Then Onassis leaves her to go marry Jacqueline Kennedy. And Callas sings about these things and they are in the film. It truly is an ancient tragedy.”

Callas has been described as the original diva and the greatest dramatic soprano of her generation. But her real life, though her personal relationships, turned out to be just as intriguing as her musical talent.

Growing up in New York, Callas’ mother favoured her older sister Jackie, and Tsokas says it’s the relationship with her mother that was the source of most of Callas’ pain throughout her life.

“Her mother was terrible,” he says. “Her mother hated her very much. I show that very well in the film. When she was pregnant with Maria she unfortunately lost her son from meningitis at two years of age. That’s why they left Greece and went to New York.
“The night Maria was born, New York had one of the biggest snowstorms that ever fell. When her mother gave birth, she wouldn’t hold her or go to see her. After four days the doctors persuaded her to take the baby in her arms. Many years later when Maria went to Milan they had no further interactions. Even when Maria died at 53 years of age, her mother didn’t go to her funeral.”

While Callas’ relationships were a source of pain and intrigue, for many people it’s all about the music. Today she still sells millions of records 40 years after her death and Tsokas says her pursuit for musical perfection was also a great contributor of her pain.

“My film very much focuses on her talent,” he says. “But most importantly it shows her in her totality and her perfectionism. She wanted to become perfect. Even though people and audiences applauded her for 10-20 minutes and would give her a standing ovation at La Scala, she would go home and cry because she hadn’t achieved the perfection she wanted. That’s why people said she was difficult, because she wanted perfection.”

One of the songs that Callas is famous for singing is Puccini’s Tosca and Tsokas says the songs in the operas she performed matched her life.

“When Onassis dies, Callas went to Lefkada and got a small boat and went to the grave of Onassis which is on Skorpios and you can hear her sing about his death,” he says.

“She talked about death and sang that scene from Tosca and when Onassis leaves her, she sings O Mio Babbino Caro (Oh My Dear Daddy) when she didn’t have children. She sings it to herself and cries and she says how much she would like for herself to have had that moment of having a baby in her arms. So, I feature pieces from operas that relate to her life that she sings herself. That’s why we say she had a tragic life.”

There have been many plays and films about Callas’ life including Terence McNally’s 1995 play Master Class which won the 1996 Tony Award for Best Play. But Tsokas’ film differs from previous efforts because it’s a Greek labour of love. You can see this in the title Our Own Maria Callas that this is a Greek story, about a Greek singer, made by a Greek director, even down to the Greek actor Myrto Kamvisidi who plays Callas.

Tsokas was keen to emphasise how proud he was to tell Callas’ story and implored all Greeks to make a point of seeing the documentary.

“Lots of Greeks volunteered because they loved the story,” he says. “They want to show the world this absolutely important Greek woman who herself said there was Greek blood in her veins.”

Tsokas added, “It will make you cry. We present that beauty, that female light of Greece. We have shown it all over the world. Everyone has left the cinema very happy. Especially Greeks, they cry and tear up at the film.
“With Greeks they have filotimo (sense of honour), they are good and they are formidable. They know how to give something its worth. It is very beautiful to know that it is not just my work, but it is all of our work and they are a part of all of this. That’s how this film was made.”

So, what of Maria Callas’ house? Tsokas says he wants to help preserve it as a monument for those who love Callas and who want to visit and treasure her talent.

“When I saw the love of the people that gathered in Messenia and in Kalamata I was very happy because I knew that I was doing a good thing,” he says.

“But we also have a responsibility today to give some value to that ruined house. So, people can visit from all over the world and to go inside and see this is the house where Maria Callas grew up. That’s what I mostly want.”

‘The Making of Our Own Maria Callas’ takes place on Tuesday 20 February from 6.30 pm at the Greek Community Club (206/210 Lakemba St, Lakemba, NSW). A special talk from director Babis Tsokas, who will reveal the stories behind his dramatised documentary. An audience Q&A will also take place.

‘Our Own Maria Callas’ screens at the GU Film House (447-453 King Georges Rd, Beverly Hills, NSW) on Wednesday 21 February at 7.00 pm.Tickets are $20 +bf and include pre-film reception with refreshments from 6.20 pm. The documentary is in Greek with English subtitles. For bookings call (02) 8568 6000 or visit eventcinemas.com.au

For more information go to greekfestivalofsydney.com.au/events-2018/february-2018/our-own-maria-callas.html