The young Melbourne creative tries to see the world in his own way, finding out what he wants while capturing strangers through his lens 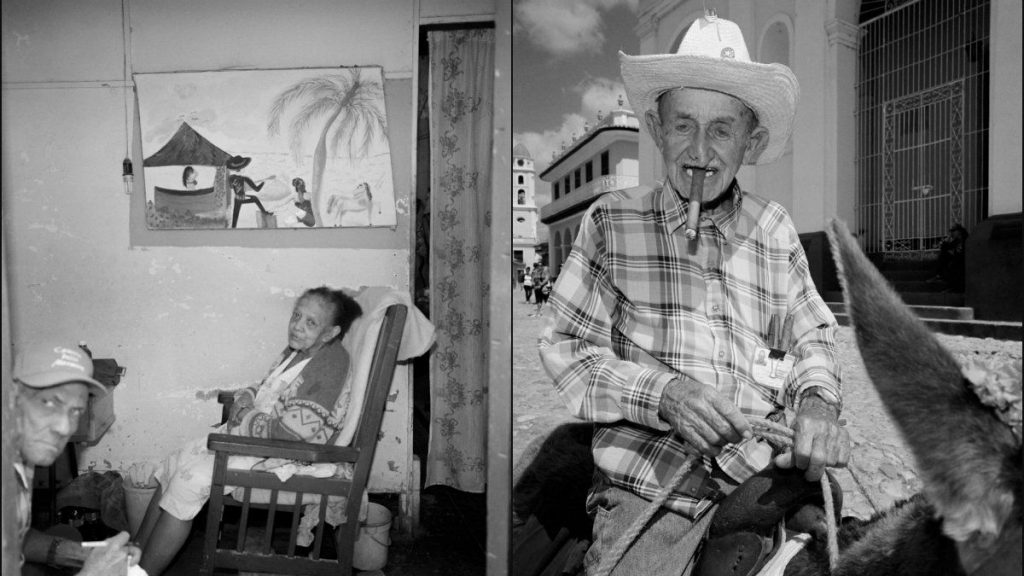 Kosta Greboyiannis is an emerging photographer, working predominantly in black and white film. With his film photography he plays between semi-documentary and candid styles to interpret his life experiences in visual forms. He focuses on the interactions and connections with and between people, and tries to find the beauty in all these moments he captures.

Born to Greek parents in Melbourne where he is also currently based, Kosta aims to visit Greece within the next couple of years to dig deeper into his heritage and Greek identity, through photography.

Following his recent exhibition ‘This Is Cuba. Volume 1’ shown at Pop-up Gallery at Queen Victoria Market, we contacted Kostas for a Q&A to get to know him and better understand his work.

When did you first become interested in photography?
Pretty early on, maybe when I was eight or nine I enjoyed making photos of friends and places I would visit either on mum’s SLR or a disposable camera; it was the 90s! I was first inspired by my mum’s photographs and the magic of seeing the slides she made in the little viewer.

When did you buy your first professional camera?
In 2011. I got excited about the film photography world around 2009, thanks to picking up my mother’s old Nikon SLR and some Ilford HP5 film. I was teaching myself photography at the time with a deep interest in the world of street photography that led me to buying [an] old Leica M2, with which I still shoot with regularly.

Are you more interested in people or landscapes and cityscapes?
Mostly people, and sometimes landscapes, but I do mostly photograph people in cities, so the lines begin to blur.

Is Athens, or Greece in general, among the destinations you would like to take your camera to?
It really is, and I see Greece as a place I will need to spend some time in soon, perhaps to “water my roots”. I love Athens as the thriving hub of Greece, built around some of the most important ancient structures in history. It still has that magic about it today.

Do you only do film or digital photography as well, and why?
I focus on film photography. I don’t seem to have a good run with digital cameras, and really don’t like to have a screen to work off. I spent enough time working on computers through my career and studies, that the last thing I want to do is have to work on [one] with my art, if I can avoid it. But really, there is something about working with the film process that commands me to be more present with the moment, and the subjects I’m photographing.

What equipment do you use?
I go between a mix of cameras, and mostly black and white film. I’ve been predominantly shooting with Fujifilm GA645W, which is a medium format point-and-shoot camera that shoots in portrait format, and my Leica M2. I also use a Nikon F2, and a Konica Big Mini point-and-shoot camera that I received as a gift from some incredible photographers living in Okinawa. How does black and white photography make you feel?
That I am able to observe this moment that’s occurred in the past, without attaching myself to the feelings of the past. I feel very present and undistracted.

What makes a good photograph for you? What are you looking for when you’re shooting?
There are a lot of qualities that make up a great photograph, but boiled down to the essentials, I think a beautiful moment, and a connection to the subject are what really draw me in. I’m looking for life’s unrepeatable universals, in the way we express ourselves and interact with each other. Events that in some way we have experienced and ultimately understand, but can only truly enjoy when we are aware and connected to what’s going on around us.

Do you find it is challenging for a young creative to make it in Melbourne?
For the most part, I haven’t pursued photography to make a career of it in Melbourne. So my interaction with trying to grow my audience and exposure has been a little more organic. Photography has been a tool I’ve fallen in love with for my own expression, and as a way to challenge my perspective. [Over] the past two years I have been more active in engaging with the scene in Melbourne and putting out my own body of work, so generally my feelings are that if you are presenting something genuine, and putting the right energy into it, then people will take to it and enjoy it.

Black and white images from Kostas’ recent exhibition ‘This Is Cuba. Volume 1’ is on show at Pop-up Gallery (1 Queen Victoria Market, 47 Victoria St, North Melbourne, VIC). For more, visit kostaphoto.com or get social on Instagram @kostaphoto.