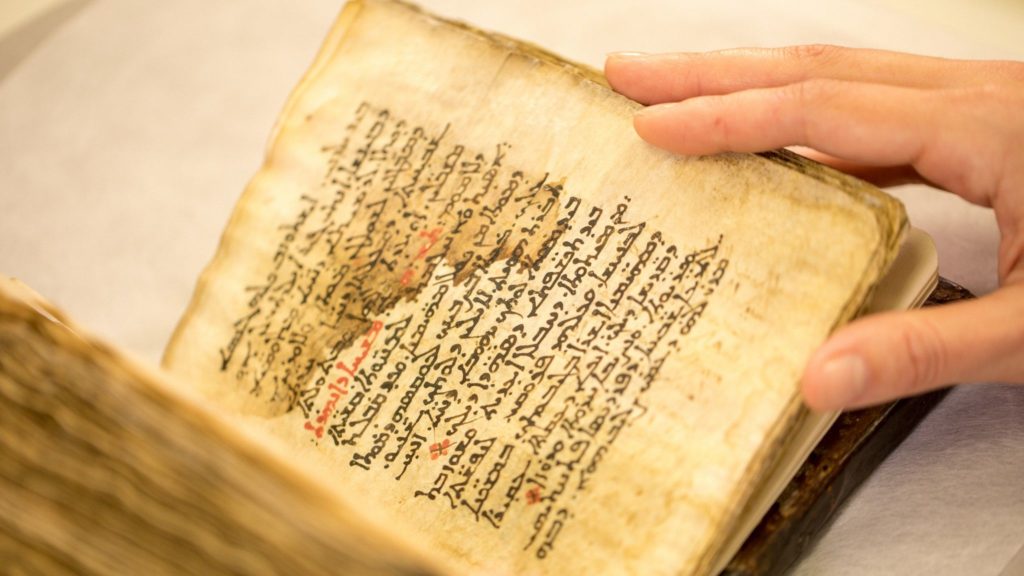 A team using X-rays from SLAC has revealed the hidden text of a medical manuscript by the ancient Greek doctor Galen that was written on parchment in the 6th century and scraped off and overwritten with religious text in the 11th century. Photo: Farrin Abbott/SLAC

An international multidisciplinary team in California has made an exciting discovery, unveiling a translation of an ancient Greek medical text that until now had been covered with religious writing.

Uncovered at the Department of Energy’s SLAC National Accelerator Laboratory, scientists used high-powered X-rays to analyse the text from St Catherine’s Monastery on the Sinai Peninsula. On the surface were 10th-century psalms, which were found to be covering writings by ancient Greek doctor Galen that had been translated a few hundred years after his death into the ancient Syriac language.

Galen, who lived from 129 to around 216 CE, studied medicine by dissecting apes and made some important discoveries, among them that arteries do not carry air, but blood. His work remained influential into the Middle Ages.

The Stanford Synchrotron Radiation Lightsource (SSRL) used to make the discovery, is a common particle accelerator. It works by accelerating electrons to nearly the speed of light and keeps them travelling around a many-sided polygon. Magnets change the electrons’ directions, producing a beam of high-energy X-rays, which successfully revealed the ink that had been scraped off on the parchment.

Researchers now have plans to scan the 26 pages to produce high-resolution files that will be uploaded and made available online.