One of Australia’s main city squares turned GREEK for a weekend!

‘There are two types of people in the world; the Greeks and those who would like to be Greek,’ said newly elected premier Steven Marshall 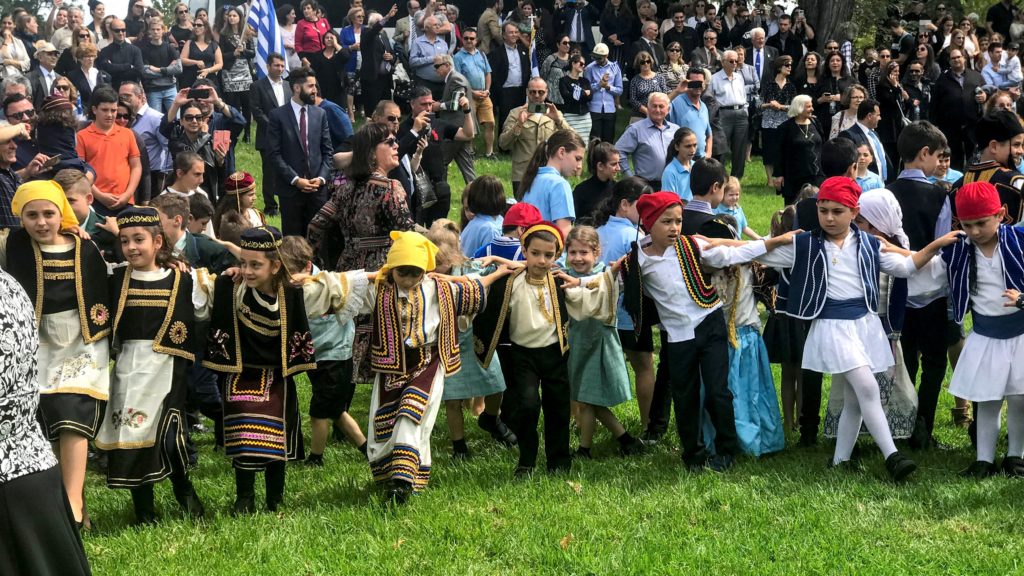 “It was a huge success and Victoria Square proved an ideal location to host the Glendi with overwhelmingly positive feedback received by the community,” 2018 Glendi director Mike Diakomichalis told Neos Kosmos after the event concluded late last Sunday night.

According to Glendi’s official press release, on Saturday in excess of 20,000 visitors experienced Hellenic fun and hospitality celebrating the 40-year milestone with free entry for the first time in the event’s history.

“Those who stayed for the evenings were treated to a first-class concert by Nikos Kourkoulis, with many describing the atmosphere unlike anything they have ever experienced before. It was truly amazing,” said Diakomichalis.

The weather conditions proved challenging on Sunday with strong winds and rain throughout the day, however, nothing could dampen the spirits of people with many thousands still coming to enjoy their very own little piece of Greece in the heart of Adelaide.

“It was quite the sight watching people enjoying themselves and dancing in the rain.”

The 2018 Glendi was attended by the Governor of South Australia His Excellency the Honourable Hieu Van Le accompanied by his wife Lan, as well as Adelaide’s mayor Martin Haese and the newly elected SA Premier Steven Marshall MP who took the stand and courageously welcomed all attendees in fluent Greek.

“I am absolutely delighted to be here. This is the first multicultural event I have attended since being sworn in on Monday and I am so delighted joining you here in the centre of Adelaide.

“It was an investment for the Glendi to come to the city but it has turned out to be a great success. Like the organisers said to me earlier, there are two types of people in the world: the Greeks and then there are the people who would like to be Greek and I think we have both of those groups of people here represented tonight,” said Marshall.

The Consul General of Greece, Andreas Konstantinos Gouras, as well as Member for the federal seat of Hindmarsh, Steve Georganas and Member for West Torrens Tom Koutsantonis also attended the official opening held on Saturday evening.

The organisers’ decision to turn Victoria Square into Greece’s most famous street, Monastiraki, also contributed into making this year’s festival unique.
“We took advantage of Reconciliation Plaza, the cobbled road that intersects Victoria Square and is similar to the road found at the famous Monastiraki Market hoping to offer festival attendees a small taste of Athens right here in the heart of Adelaide,” said Diakomichalis.

Festivalgoers were treated to a weekend of family fun and enjoyed a wide range of activities including competitions, Greek-themed product tastings, cooking demonstrations, exhibitions, art displays and projects from students and local artists.

Also delighting festival visitors was live music by local Greek musicians, traditional and modern Greek cultural dance performances, and the relaxing atmosphere of a garden bar, an open-air outdoor cinema and the opportunity to participate in a major lottery with a first prize of two return business class airfares flying to any of Qatar Airways’ international destinations.

“Our aim was to bring a small taste of Athens to the heart of Adelaide. People voted with their feet and the winner was Glendi 2018 in Victoria Square,” concluded Diakomichalis. 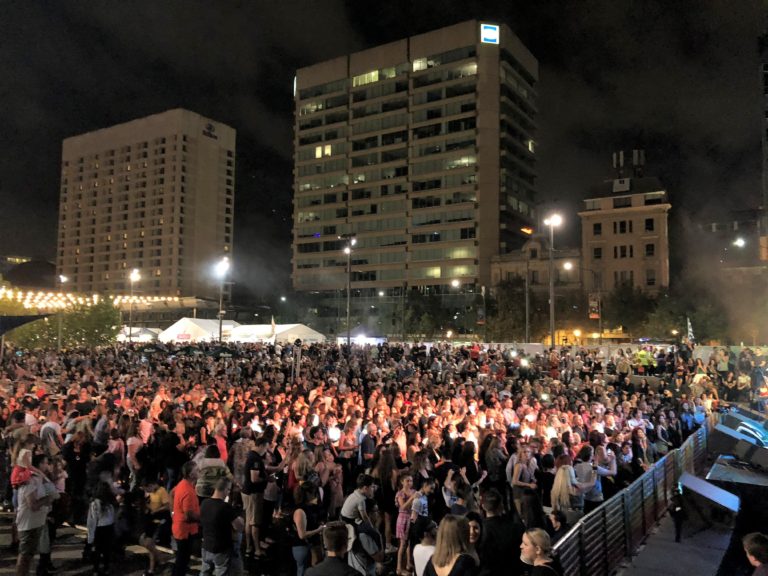