After receiving a tip off, police also managed to seize a precious Hellenic statue that was being sold off for €500,000 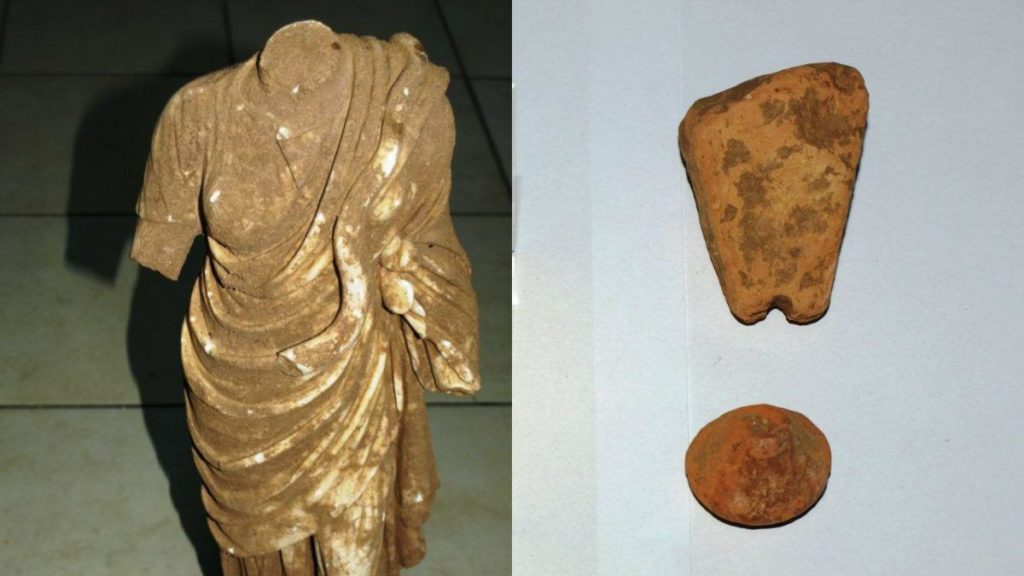 Among the antiquities seized was a statue (L) believed to represent the ancient Greek goddess of health (Ygeia).

Greek police have manage to break an antiquity smuggling ring, after receiving a tip off two months ago.

Operating out of Sparti in the southern Peloponnese region of Greece, three men aged 44, 48, and 57 were arrested in the town’s main square, and have been detained on pending charges of illegally trading antiquities.

As a result of the arrests, police also managed to seize a marble statue believed to date back to the Hellenistic era, which the smugglers were looking to sell on the black market for €500,000. Standing at 55 centimetres tall and without a head, it is believed to represent the ancient goddess of health (Ygeia).

On Friday, undercover police posing as interested buyers met with the men to negotiate the purchase.

Further investigations have also been carried out of the detainees homes, revealing four other antiquities from the Hellenistic and Roman eras that have since been seized. While of lower value to the statue, which archaeologists believe could be worth a lot of money, all the objects hold great historic and cultural value.

Also found on the premises and confiscated were metal detectors, pistols, flares, and pepper spray. 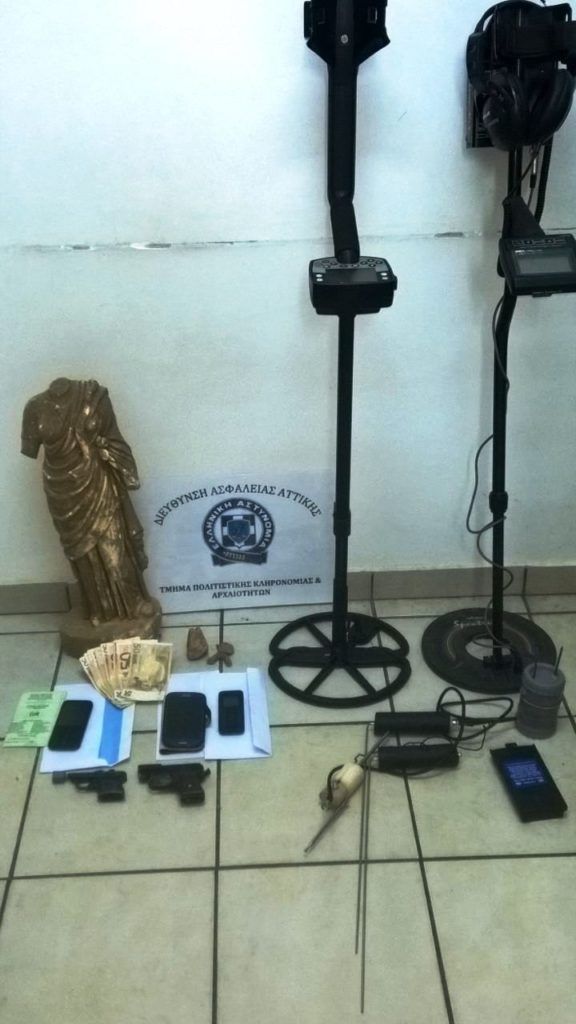