Demitra Sealy talks about her personal journey into the dramatic arts from Sydney, all the way to New York and Cannes Demitra Sealy is a Greek Australian actress from Sydney currently making waves in the Big Apple. Only a year ago, at age 22, she received a scholarship into one of the world’s most prestigious acting institutions: The Actors Studio in New York, after having trained with NIDA, The Bell Shakespeare Company, and The Australian Institute of Music.

The talented young beauty was named Actress of the Year for 2016 by StarCentral Magazine, and last year she won the 2017 Best Rising Star Award at the Seoul Webfest in South Korea for season 1 of the series First World Relationships by Andreas Toumbas, a fellow Greek Australian. This award was presented to the festival’s top actor, featuring one category for male and female talent. In 2017 she was awarded ‘Best Actress’ at the Austin Comedy Short Film Festival for the film Status Liker also by Toumbas.

Demitra recently had another major success; she was just accepted by the Cannes Lions Festival of Creativity (CLFC) as a networking acting intern; a great experience to add to her resume with CLFC (canneslions.com) being the world’s leading festival and awards festival for creativity in entertainment, the creative and marketing communications and design and tech industries.

But who was the girl with the captivating features and expressive face before becoming a stage globetrotter?

Demitra, whose parents hail from the heroic Sparta and Mani respectively, grew up in a very Greek environment surrounded by food, music, and many cousins, learning traditional recipes from her grandmother, going to Greek school and dancing in the afternoons. When she still called Sydney home, she was an integral part of Meraki TV.

“I even attended a Greek Orthodox high school,” she muses. “I love being surrounded by the culture and traditions. Here, now in New York it is one of the things I miss most.”

As of 16 June, she will be a few thousand miles closer to the motherland as she will be flying from New York to France to join a handful of people from around the world who will intern with the festival for its entirety, attending red carpet events and parties with all the big players there.

What do you aspire to gain from the Cannes Lions Festival of Creativity internship?
I was accepted as a networking intern so my goal is simply network, network, network. [To] get my face and talents out there and make connections. Networking is hard and for an awkward gal like me, one of the most difficult parts of the acting world, so having the festival behind me to back me up really is a great relief. Also, I’ll be in France, so I also aspire to experience things that lie outside my career; mainly swimming in the long-missed beach (New York needs more beaches I think) and eating pastries.

When did you start becoming involved with acting/theatre? Was it something you realised/decided at an early age?
It actually wasn’t, I wish I [had] found it sooner but I found this passion later in life. When I was in my final year of high school an English teacher of mine had me stay after class and asked if I’d ever read a play. I hadn’t, other than assigned Shakespeare, so she gave me the play Waiting for Godot by Samuel Beckett, and that play altered the trajectory of my life. The moment I read Waiting for Godot I began to fall in love with the splendour of ‘words’. That may sound strange but before then I had never really indulged in the beauty of language. I prized the play’s big ideas, the vivid imagery, word play and the depth of subtext even in the simplest lines. Loving that play and its words makes me want to act them out and bring them to life for an audience (a dream I later realised was unattainable with the Beckett foundation). I’d found my path, I wanted to act!

What is your opinion of the #MeToo movement?
Being in this industry is hard, but being a woman in this industry is particularly hard. I think any movement aiming to expose people that take advantage, abuse and use other people is a good thing. You want to feel safe to go to work, everyone does.

What led you to New York in the first place?
I’ve been in NYC a little over six months now, I came there to do work with the Actors Studio and to experience to [the] vastness of the American acting market. It has been such an amazing experience; being exposed to interesting new acting techniques and methods and being in the Big Apple and all the opportunity that comes with that. 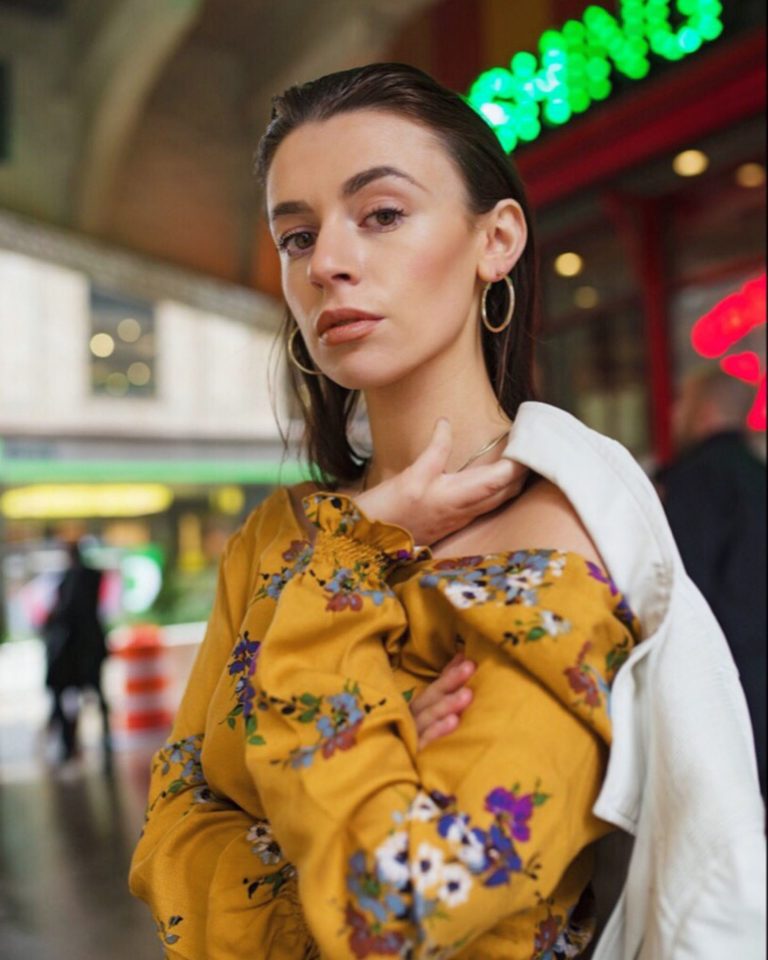 What has been your most challenging experience so far since joining the Actors Studio?
The work we do is very draining and like nothing I have ever experienced before. It has such a deep inner life to it. We do very detail-oriented work focusing on allowing out our deepest vulnerabilities. Being vulnerable all the time in front of people you don’t know so well is, well, challenging.

Would you even consider taking part in a TV show or film in Greece?
Of course, I’d love to, who wouldn’t want to film in beautiful Greece! I saw the Greek Film Festival in Sydney last year and some of those films were straight out brilliant, particularly the gorgeous cinematography. There is also a special kinship you feel when you work with other Greeks. I worked on a Greek TV show Meraki TV for four seasons back in Sydney and I liked it very much. It makes for such a fun working environment; sharing stories of your family, coming over to each other’s houses for traditional meals, joking with each other in Greek – it’s just a warm, beautiful environment.

Where do you see yourself in two years?
Hopefully you’ll be seeing me at the Emmys, Oscars and on Broadway (laughs).

To find out more about Demitra follow her at instagram.com/da_seal