The Melbourne-born architect has great insight into the future of architecture, and as board member of the Royal Institute of British Architects and the title-holder of Cyprus' 2017 Business Woman of the Year, she is sure to be an integral part of it

Elena Tsolakis is the director of Kyriakos Tsolakis Architects, carrying her father’s legacy while blazing her own path in the field of international architecture.
Having been named Business Woman of the Year in Cyprus for 2017, the Melbourne-born and bred chartered architect is one of the industry’s most creative minds to have contributed to the book Retropioneers: Architecture Redefined asking leading voices what the future of architecture will look like.

Over the past year in her family architectural practice she has designed, among other projects, a monastery, a culinary school and the Troodos Observatory that recently featured on CNN, in TIME magazine and Dezeen; it has also just been shortlisted for the World Architecture Festival award.

Their completed work on the first purpose-built women’s shelter and crisis centre in Cyprus has received multiple awards both in Cyprus and abroad, including being nominated for the 2017 European Union Prize for Contemporary Architecture, Mies Van der Rohe Award.

Meanwhile, over the past eight years, Elena has promoted the culture of architecture through her role on the governing council and board of the Royal Institute of British Architects (RIBA), one of the world’s most important institutes that influences the quality of life of thousands of people and the direction of architecture.

More recently she has been selected as ambassador for the culture of architecture for the global institute, and is serving on the board and as chair of the RIBA library and collections committee.

Ms Tsolakis was visiting Australia last week, and took a break from her busy schedule to speak to Neos Kosmos about her impressive career accomplishments so far, equal gender representation in her field, and the future of architecture.

When did you first discover your passion for architecture and how did your father’s legacy contribute to that?
My father Kyriakos (Kerry) Tsolakis opened his architectural practice in Melbourne in 1973, long before I was born, so by the time I was a child his practice was well-established. I liked spending time in the office, going to sites, and display homes at the weekend, and I witnessed the positive impact his projects had on people, and that definitely stayed with me. As a child, I recall designing my dream home, and the other thing I remember was mapping out the plans of buildings, so it started quite early for me.

My father’s practise had such a large varied portfolio of work too, so I suspect that influenced us. Ironically, he also worked on a monastery here in the 1980s, the Holy Monastery of Axion Estin; the former Little Sisters of the Poor in Northcote. I believe it was the first contemporary Greek Orthodox monastery outside Greece or Cyprus at the time. Not surprisingly, he has been very involved in the monastery we are now doing in Cyprus. Last year I did [pay] homage going to a lot of his key projects in Melbourne. Some of the projects I didn’t know at all so they were a delight to discover. I am very proud of the work he has done and it would take us a long time to catch up to him.

I am one of three children, and it is a testament to his influence that we all chose to follow in his footsteps and become architects. My siblings Nicodemos and Cassandra are both very talented; I studied architecture together with my bother Nicodemos at Melbourne University, so it is quite natural to design most of our projects together.

Aside from your father’s legacy as an architect, from your mother’s side you are linked to two iconic creatives of the Greek Australian art scene, Kassiani and poet Stathis Raftopoulos. How did it feel growing up in this family?
Clearly our father Kyriakos has been our biggest influence; his integrity, bold designs, problem-solving and strong work ethic have been inspiring.

It is so right to mention my mother Angela’s parents Kassiani and Stathi as they are both very creative, extraordinary people. Stathi was such an active person in the Greek community of Australia, such a character, very missed. My grandfather’s impact is huge; again it is the character of someone who never stopped working, writing, his contribution through the cinemas, his many books, paintings, and the newspaper he started were so important. Growing up going to my grandparents’ house, which he designed with its countless statues, internal cinema, art, collections of all sorts of things, and many books, was unique. Being surrounded by such creativity married with an almost industrial output must have surely made an impact on us.

Both my father and grandfather were very successful professionally, but that isn’t enough for them, they need to selflessly contribute to society; to make things better for those around them and to be a part of a community. This has definitely influenced me personally, it isn’t enough to just have my work. That is a part of why it seems so natural for me to be involved in advocacy. You can see this through my contribution to the architecture community, including the work I do with the Royal Institute of British Architects. Currently one of the things I do there is chair the committee that is responsible for the RIBA collection, the largest and most important architectural collection in the world, with four million items in the British Architectural Library and the Victoria and Albert Museum worth over $550 million.

Having lived in Melbourne and London, how do you find Nicosia is doing in terms of development and architectural inspiration?
It is hard to compare Cyprus to London or Australia as they are such different places with different histories and scales. We opened the London office because as far as architecture is concerned, you have the greatest concentration of important offices globally located there, so we wanted to be there for the level and quality of work.

Cyprus is a beautiful island, so there is a lot of inspiration. Then there are thousands of years of habitation and buildings to reference. In modern times we have seen some very good examples of architecture. Things are getting a lot better since structural engineers have stopped being allowed onto the register to submit planning applications. I am very heartened by the quality of architects in Cyprus and the thoughtful work that has been and is being built.

In addition to being the chair of the RIBA library committee, you have received many awards; how does it feel to have already accomplished so much?
Awards are a good barometer of how well you are doing, especially when the jury is made up of your peers. It is great for us, especially as young architects for our work to be celebrated. However as an individual I do not really dwell on things that have happened in the past, I am always challenged by the work I have right now and the work I want to have in the future. That is what drives me; wanting to make the world around us better, in our small way through our projects. There is not enough time in one lifetime to do all the things I want to do, so I try and fit in as much as I can while I am here.

As a woman, do you think there is equal gender representation in your field?
Architecture still trails well behind medicine and law as far as the gender balance is concerned. Women in First World countries make up around 20 per cent of the professional architectural workforce. In Australia it’s higher at 28 per cent, which is good, but not good enough. The balance in education is a lot better; the profession needs to find ways to make sure it retains those who qualified.

Having undertaken projects such as zero-energy, and purpose-built projects like women’s shelters, monasteries, culinary schools and most recently the Troodos observatory in Cyprus, which field of architecture and design interests you the most?
We are interested in all sorts of diverse projects. We love work that has an impact on people, whether that is one person or a whole city of people. So public projects we find really inspiring like cultural buildings, museums or theatres. We really like that our projects have very different identities and we want our architectural language to be different for each project. We don’t necessarily want someone who looks at one of our buildings to know that it is a Kyriakos Tsolakis Architects project. The buildings need to have their own identity, perfectly unique to its function, location and its users. Architects, however good, require great clients to produce exceptional work; clients that trust their architects to come up with the best and most beautiful solutions for them. 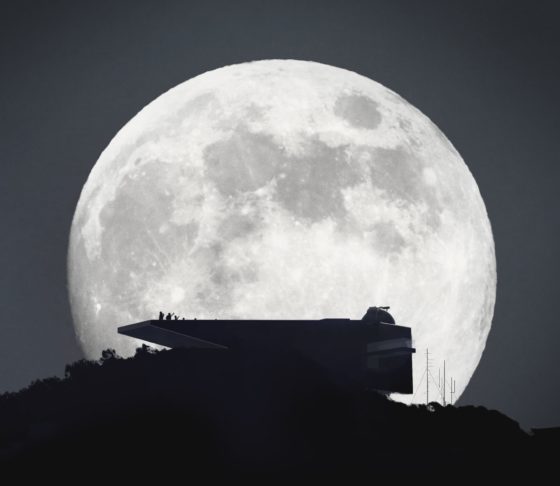 The planned Troodos Observatory will contain two telescopes: one better suited to daytime use, and one for night time. Photo: Visualisation by MIR Automation and smart buildings are the way forward. People’s individual interests, aesthetics and needs will be met. Energy is a huge issue, and working out efficient ways that buildings can create energy, not only consume it, will be in our future. Sustainable living is a growing area and thinking and reducing our buildings’ global impact on global warming is necessary.

Architecture has become a form of tourism for countries and businesses in a more widespread way. In the past that kind of architectural tourism was done by a smaller proportion of society. This will have very interesting effect. I am hoping that overall it will mean that people demand better quality buildings because they have seen and experienced them.

To see more of Elena Tsolakis’ work, go to tsolakisarchitects.com