I was walking home after a gig. I had my guitar on my back and I was holding a big unicorn head that I was wearing earlier at my show and I thought, ‘this is the best moment of my life. I’m walking in New York City as an artist and that feels good”. Welcome to the fun, crazy and exciting world of Greek Australian showgirl Anna Copa Cabanna.

Since moving to the Big Apple in 2004, Anna has been forging a career as a performer that has seen her sing a duet with Tommy Ramone and share the same bill as music superstar Regina Spektor.

While spending time performing in open mics around the New York music scene, Anna developed a 70’s themed variety act. Inspired by TV shows she watched growing up like The Muppet Show, Solid Gold, and The Carol Burnett Show, through word of mouth her show started to get some buzz and a loyal following.
Over the past decade she has been reviewed by The Village Voice, Time Out and Vice Magazine. The New Yorker described her as a punkish Australian showgirl who hits the stage with a jolt of energy.

Anna will make her Australian premiere at this year’s Sydney Fringe Festival and she says her latest creation, Loving the Alien will be a night that embraces and celebrates migrants.

“It’s very entertaining and joyful but it also boldly celebrates immigrants, which I think is needed right now. Here in the US people who aren’t from America are called ‘aliens’, so you are a resident alien or an illegal alien. The word alien is actually in ‘Austr-alian’ so I kind of play on that a little bit. There’s also that David Bowie song, Loving the Alien and that Sting song Illegal Alien. I also like science fiction, so it’s all a big pot that I’m stirring.”

I took a break from my show for a couple of years but when Trump introduced the travel ban, plus Brexit, plus the refugee crisis, everything was just building up. So to use a millennial term – it triggered me.

Anna says the central theme of her show came after the current US Government’s immigration policies began to emerge in 2017.

“I took a break from my show for a couple of years, but when Trump introduced the travel ban, plus Brexit, plus the refugee crisis, everything was just building up. So to use a millennial term – it triggered me,” she says. 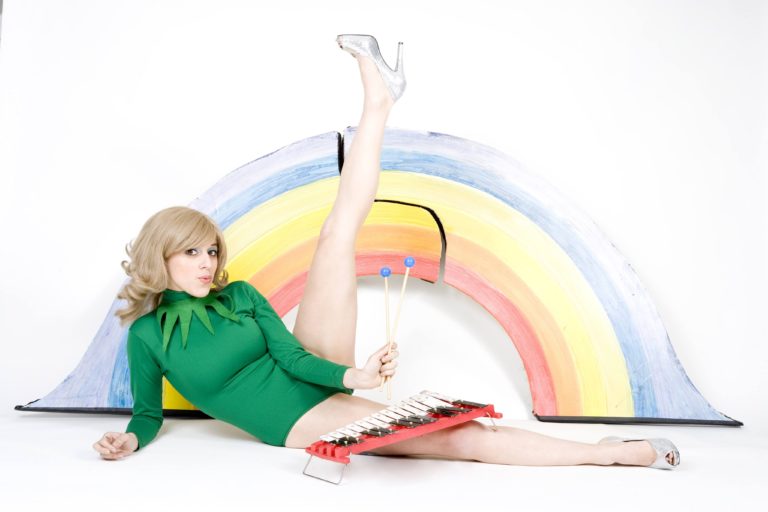 Anna was born and bred in Canberra and grew up in the suburb of Queanbeyan. Her mum is from a small Greek village near Florina and her Dad from a smaller village in Macedonia.

While her show will highlight some of her experiences of living in New York, Anna’s Sydney Fringe show will also address issues relating to her identity and in particular growing up as Greek Australian.

“It’s nothing too heavy, it’s celebratory,” she says. “I address the wog thing but in a really positive way and I go ‘guess what? It gave me empathy’. It’s who I am and I am proud of having a different culture and proud of where I came from and I think it’s beautiful to be different.
“It also gave me more respect for my parents and what they went through and what they gave up to give me a better life, which you don’t really know when you are a kid. You just think, ‘why are you making me go to Greek School and why won’t you let me go to camp?’ All those things that involved having a strict Greek upbringing, I get it, I get it now.”

One of Anna’s favourite experiences of living in Canberra was when she performed a Greek take on Shakespeare’s Taming of the Shrew, which was called The Taming of the Strigla. Performed at the Take Away Theatre in 1999, it was directed by Nicholas Papademetriou and looking back, Anna says she enjoyed the unique opportunity to connect with her Greek roots.

“It was amazing; it was so much fun. I felt good because I felt like I was doing something my mum would approve of. But I also felt this renewal of love for my Greek heritage. I felt so different from the town that I came from, I didn’t have any Greek friends except for my brothers,” she reveals.

“But when I did the play everyone was Greek, we were all speaking Greek. I was speaking Greek more than I had in a long time. We were doing Greek dancing, eating Greek food and it was lots of love so it was a really good experience. I met gay Greek guys for the first time. I thought ‘this is awesome!'” 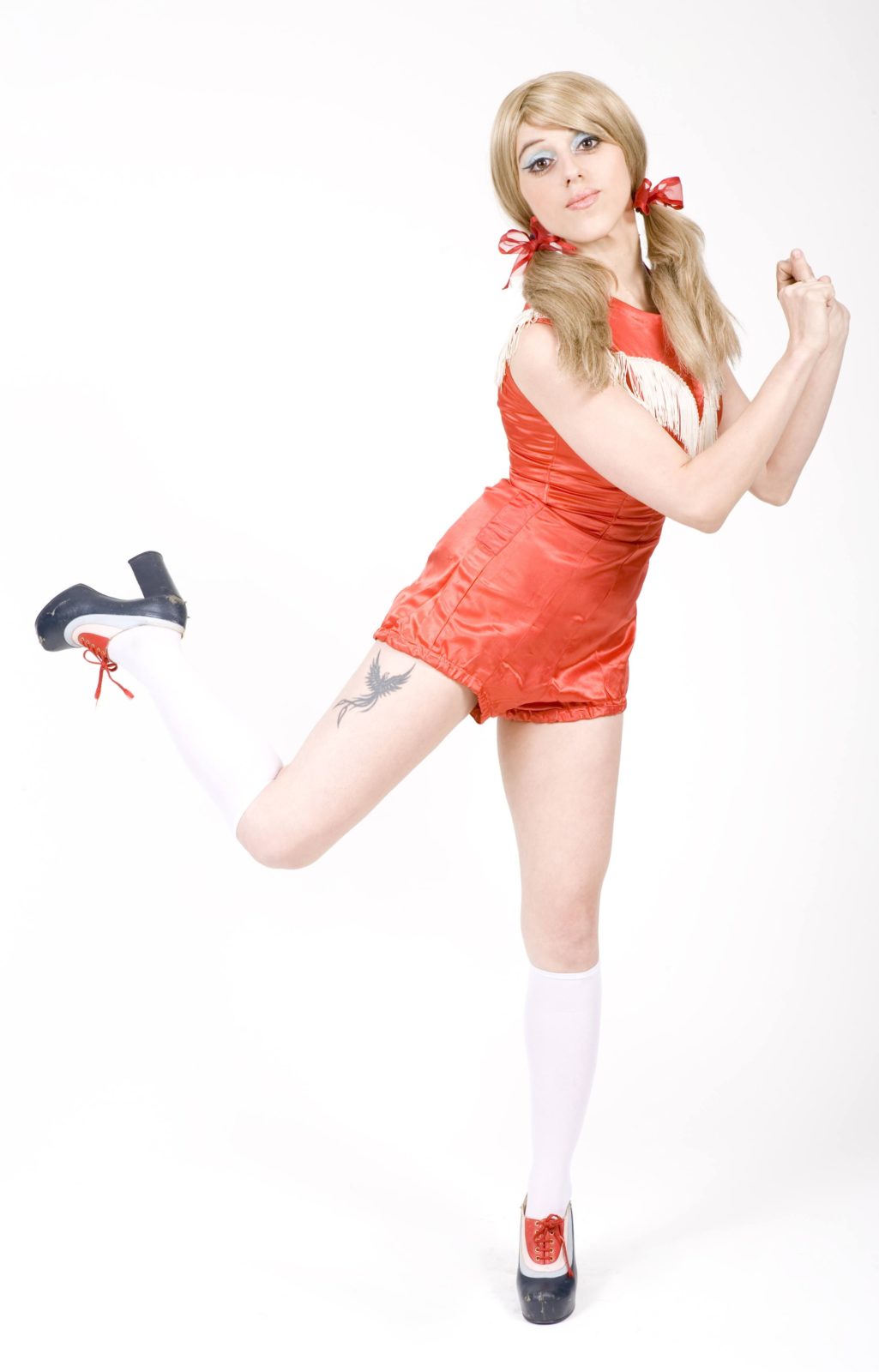 Soon after performing that play, Anna moved to Sydney where she worked as a music journalist, while continuing to perform in plays and act in short films, as well as sing and dance at underground parties.

But in 2004 she felt she needed to see the world, and after travelling through Europe decided to pursue her love of music, dancing and acting in the city that never sleeps.

“A lot of creative people aspire to go to New York and that whole Frank Sinatra song where he sings ‘if you can make it here you can make it anywhere’, it’s a real thing,” Anna says.

“The definition of making it for me is the fact that I have a creative life where I stay true to myself – that is success for me. I’ve made a mark and I’ve made people feel something which is nice.
“The people that I’ve met and the opportunities that I’ve had, I’m so grateful. They only happened because I had the courage to move here and that is a big part of my show. People should live where they feel like themselves, where they feel free.”

One big fantasy of going to New York is walking into a random bar or shop with the hope of bumping into a famous actor or performer. Most times it never eventuates, but not surprisingly it happened to Anna when she met the drummer from iconic New York punk band The Ramones.

“I met Tommy Ramone in a bar and he was playing folk music with his partner,” she recalls.

“I told him ‘I love you’ and asked him if he would play in my show and he said ‘yes’. So, when he performed in my show we sang a duet together which was the Clash version of I Fought the Law and he was lovely. He really liked my show and he did it twice. His lady Claudia said to me, ‘you are New York, you are the New York which I love’.
“I always felt that I would come here and thrive. I just had a feeling that it would inspire me and it did. Within days I was writing songs and dancing, performing and that is when I knew that I belonged.”