Sea between Ikaria and Samos an ancient ships’ graveyard Labelling works in a Roman shipwreck. Photo: Ephorate of Underwater Antiquities / B. Mentogiannis

A new find by a Greek-US team that consists of archaeologists, architects, conservators, and divers has raised the number of shipwrecks around the island of Fournoi from 22 to 58, AP reports.

The exposed to strong winds sea between the larger Islands of Samos and Ikaria is filled with small rocky islets and had been considered a rather dangerous shipping route.

A body of researchers from the RPM Nautical Foundation that has been working in collaboration with Greece’s Ephorate of Underwater Antiquities since 2015, has located traces of three more ancient shipwrecks with pottery cargoes, and two from later times, announced Greece’s culture ministry.

The first experts’ report indicates based on the cargo that while travelling on routes from the Black Sea, Asia Minor, Italy, Spain, Sicily, Cyprus, the Levant, Egypt, and North Africa, the ships met their fate in the Aegean due to sudden storms that sent them straight onto the rocky cliffs in the area.

“The excitement is difficult to describe, I mean, it was just incredible. We knew that we had stumbled upon something that was going to change the history books,” underwater archaeologist and co-director of the Fournoi survey project Dr. Peter Campbell of the RPM Nautical Foundation told Reuters.

More than 300 objects – mainly amphorae – have offered archaeologists rare insight into where goods the likes of mostly wine, oil, fish sauces, and honey were being transported around the Mediterranean.

The eastern Aegean Sea off Fournoi is filled 4th and 2nd century B.C. shipwrecks as well as with some from the 5th-6th centuries AD. Even though it is not uncommon to find more than two ships having sank near the same location it is rare to find a ships’ graveyard so big.

“I would call it, probably, one of the top archaeological discoveries of the century in that we now have a new story to tell of a navigational route that connected the ancient Mediterranean,” Campbell said adding that the team believes there are even more shipwrecks to be discovered. 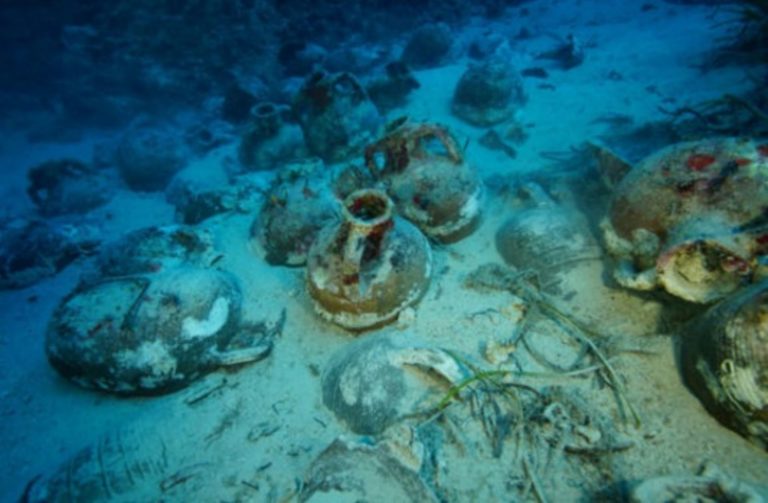