Greek food in Melbourne is starting to change, spearheaded by a new generation of creative cooks

A modern take on a Greek favourite: mousaka in toastie form.

Moussaka Toastie, anyone? Or perhaps some peanut butter and jam loukoumades? Greek sushi?

Whether you cringe at the thought of such culinary fusions or widen your eyes in wonderment, new waves of creative cooks are introducing a whole new world of Greek cuisine.

Dean Giannakis, owner of the popular St Gerry’s says the Greek food scene in Melbourne is definitely starting to move away from more traditional eats like meat platters and dips.

Even in Greece, he says, the cuisine has adopted a tapas style of eating with a lot of seafood.

“I think we’re slowly adapting to that and we’re changing. There are some really good business owners out there who are trying to portray a more modern twist on [Greek cuisine] and bringing smaller share dishes,” Giannakis told Neos Kosmos. 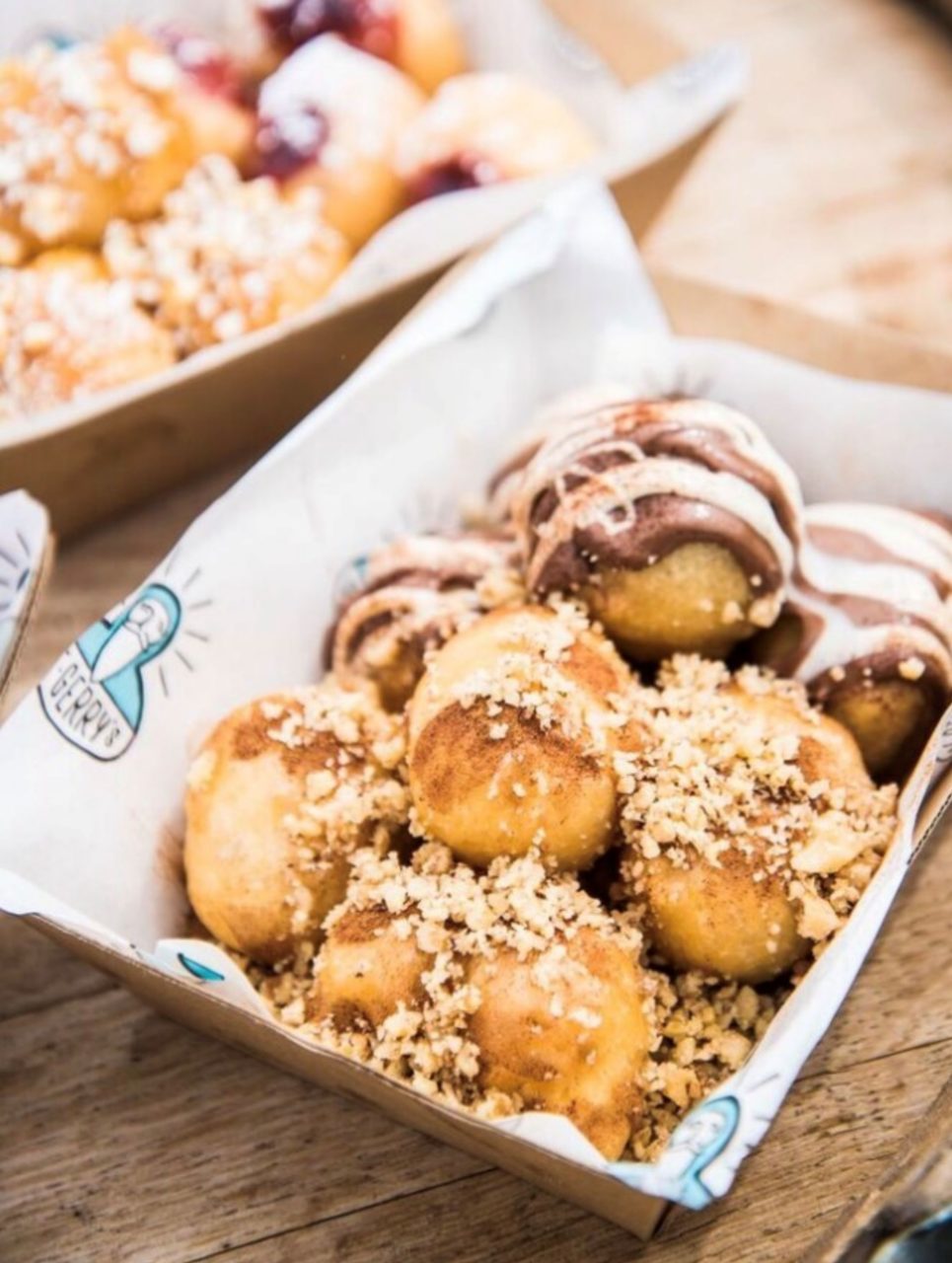 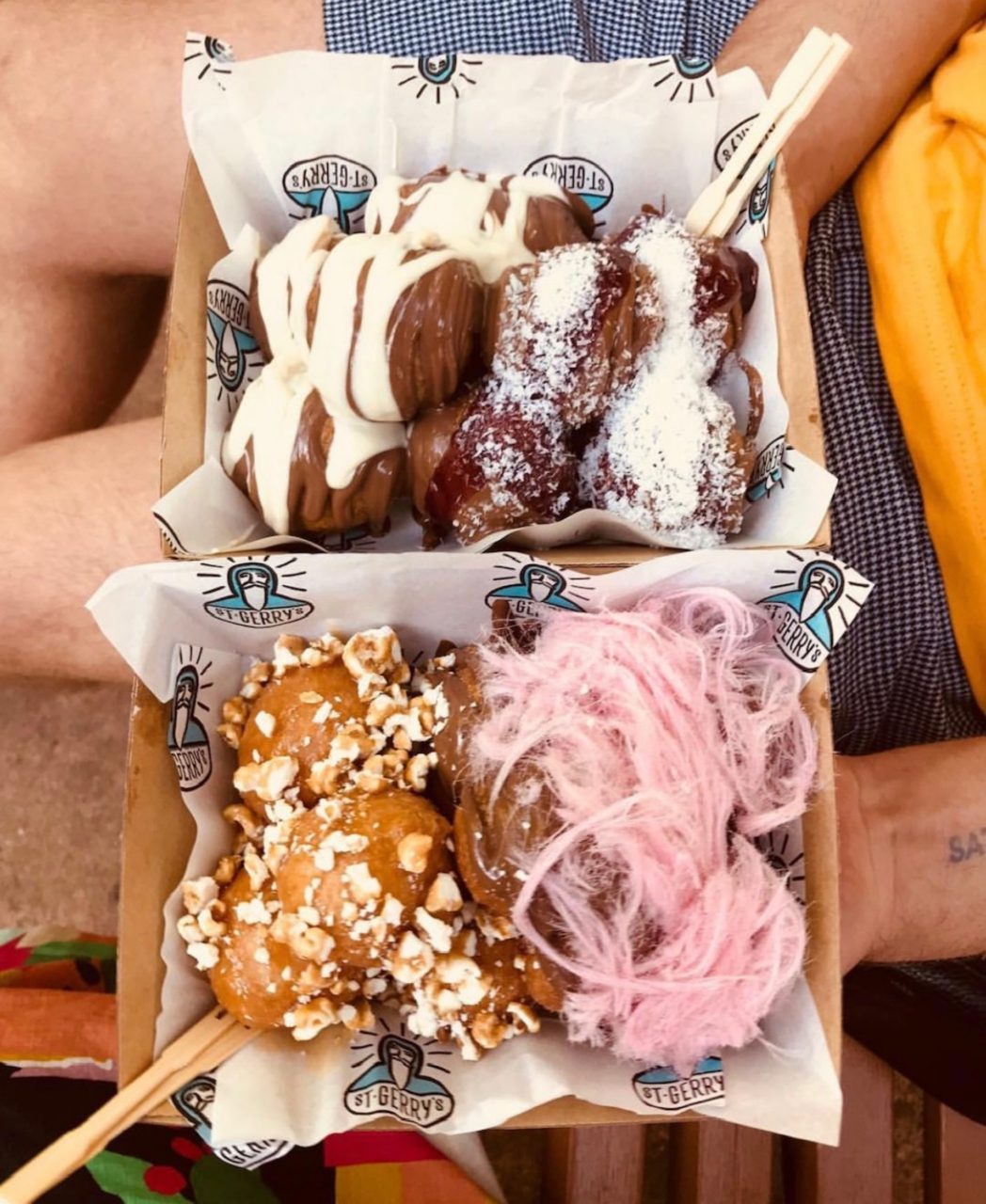 St Gerry’s launched out of a food truck a few years ago and changed the loukoumades game. Suddenly it wasn’t only about honey, walnuts and cinnamon anymore. Now punters are lining up for St Gerry’s quirky loukoumades toppings like salted caramel and Snickers.

“I saw [loukoumades] being made at a festival in Kefalonia and they were using Merenda [for the topping],” he said.

“Straight away my thought process went down the path of why can’t I do something like that back in Melbourne with an array of flavours and obviously keep the traditional one there.”

He introduced the hazelnut chocolate and crushed biscuits topping, his play on Snickers and the rest, as they say, is history.

Gringlish, he explains is Bahari’s take on Greek food, making it their own Melbourne version of what Greek food can be but also holding onto Greek traditions.

Food is a big part of Greek culture, says Vakos and holding onto traditional recipes is still very important.

“The menu at Bahari always has a mix of progressive and traditional dishes for people to enjoy,” he said.

“Early on I was definitely influenced into cooking by both my Cretan grandmothers. Cooking was a big part of their lives and I spent a lot of time with them, learning and tasting.

“I would always try new things, however, and change their recipes into something else – to their frustration!”

But it’s his nature to try to create new things, he says, and to shift the boundaries. It’s a “creative outlet” and he finds it rewarding to see people enjoy his creations and be open to trying new things.

‘New things’ is almost an understatement considering the creative and rather innovative fusions he creates. Consider his Greek Sushi (with Lamb, Greek ‘pilafi’ rice, Wasabi Tzatziki, wrapped in vine leaves), or Ouzo Crème Brûlé to name a few of the more unexpected combinations. Vakos’s imagination has also introduced a Brie cheese in a ‘Saganaki’-style dish and right at this very minute punters are able to experience a true amalgamation of East and West with Spanakopita Gyoza and what might possibly be the most Greek Australian food you’ve heard of: The Moussaka Toastie.

But is it risky to venture into virtually unchartered culinary territory? For Giannakis, he thinks not.

“A lot of my clientele ranges from young adults to pensioners and half the time I get asked for my recipes,” he said.

“I hear comments like ‘we have the honey, cinnamon, walnut all the time why don’t we try something else?’ I never get told that I’ve bastardised the recipe in a bad way as such.”

Professor Rachel Ankeny, leader of the food values research group at The University of Adelaide, says ‘Modernisation’ of food has gone on throughout history: people have relied on long-standing techniques, ingredients, and dishes, but also made various types of changes.

“In restaurants in particular, changes often are made to what we think of as ‘traditional’ cuisines based on what ingredients and preparation technologies are available, but also because of perceptions of what customers might want,” she said.

Novelty and creativity, she says are often valued and traded off against what might be considered to be authentic, particularly in cuisines associated with certain locales or ethnic groups.

“Australia is blessed with many diverse cuisines due to its multicultural history, but those cuisines are constantly in evolution and often become hybridised with each other and with local practices due to the influences of climate, available products, and consumer demand,” she said.

It can even be described as “hipster ethnic”.

Dr Sukhmani Khorana, Senior Lecturer in Cultural Studies at the University of Wollongong, says that modernising cuisine is also a cultural phenomenon.

Second-generation migrant businesses, she writes in her book The Tastes and Politics of Intercultural Food in Australia, are more vested in aesthetics and targeting a broader client base than the previous generation.

The new generation possess the inherited cultural capital of their parents and attempt to maintain the essence of the cuisine in the food they serve in their own establishments.

But they also embody the cultural capital of their own generation if they happen to be of the same age as others of the ‘millennial’ group in Australia.

So to those who might be asking why mess with tradition, likewise Giannakis asks why not have a good mix of both?

“I don’t think the issue is messing with it. As long as you respect the tradition of it I don’t see an issue. Everyone is moving forward. Everything changes,” he said.

“Life changes and it doesn’t mean that we’re saying goodbye to the past and goodbye to our traditions, if anything we’re building a bigger and better culture and something more modernised that people are going to love.”