The Greek refugee village at Bonegilla Street view of Nea Magnisia showing the former site of Tasos's father's cafe with a new building erected by the current owner on the right. Photo: A. Tsakonas

In July 2018, on the behest of Anastasios [Tasos] Kolokotronis, my partner Athanasios and I visited Nea Magnisia, a village 11 kilometres outside Thessaloniki. There, we met with Tasos’ relatives, walked in a church procession and accepted an award from the town council on his behalf.

The award recognised Tasos’ role in preserving Nea Magnisia’s history, through stories and models that are on exhibit at the Bonegilla Migrant Experience (BME) national heritage site.

Tasos migrated to Australia in 1954. He has since lived in Melbourne with his wife Christina Tzega and three generations after him.

Nea Magnisia is his natal village, and the account of its history, related in the book of his life, is embedded in his autobiography.

Tasos’ miniatures offer a detailed record of a village built to accommodate refugees following the 1923 forced population exchange between Turkey and Greece.

The church, council building, school, and several individual houses have been recreated from memory with remarkable attention to house form, fenestrations, roof tiles and fencing.

The buildings are populated with figures and animals, many using implements and vehicles of that era. More importantly, the exhibit demonstrates how basic houses provided to over one million refugees were adapted and emplaced.

Although the collection is nostalgic, and Nea Magnisia has long since transformed into a bustling town of multi-storey apartment buildings, it provides evidence of government hospitality to culturally different, Turkish-speaking refugees in a time of social hostility and poverty. 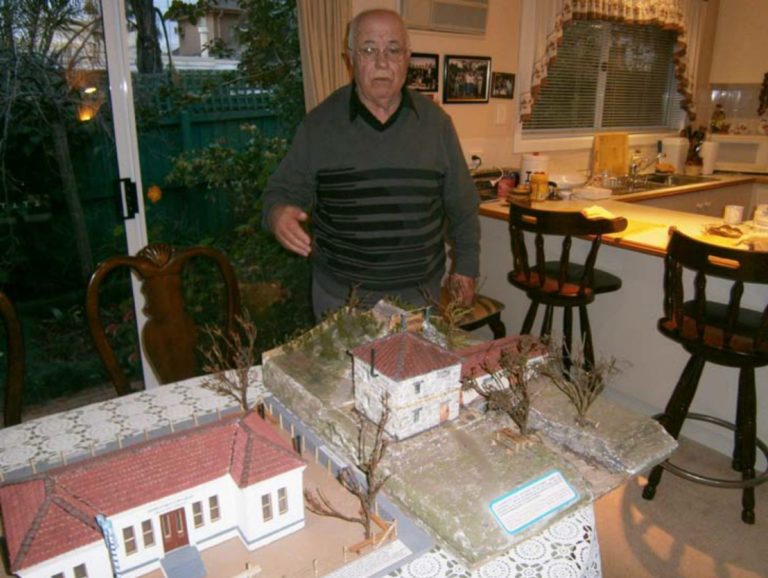 Tasos Kolokotronis at home in Strathmore with his models, 2013. Photo: A. Pieris Model of a refugee house by Tasos Kolokotronis. Photo: A. Pieris 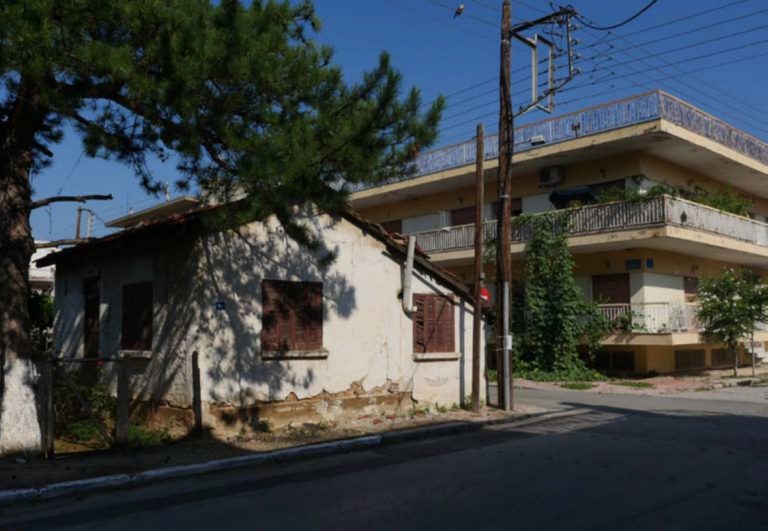 Model of his family home and father's cafe by Tasos Kolokotronis. Photo: A. Pieris 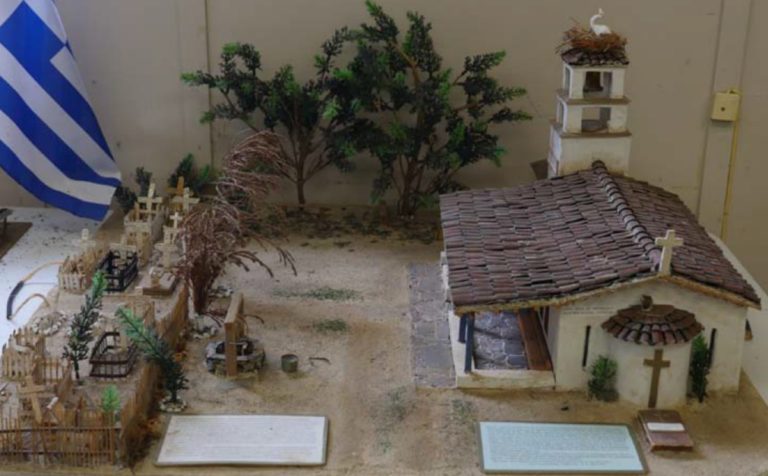 Model of the former church of St Athanasios by T. Kolokotronis. Photo: A. Pieris 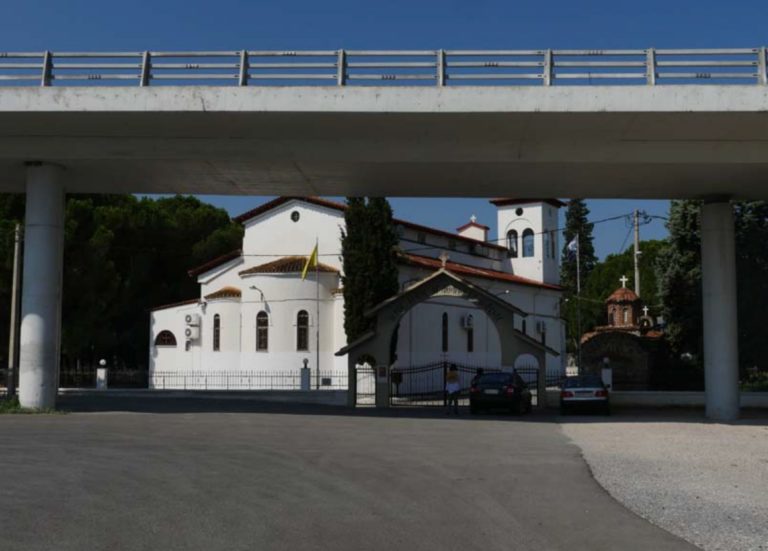 The Church of St Athanasios today. Photo: A. Tsakonas

Tasos came to Australia with 600 others on the ship Cyrenia and spent a hot, fly-ridden month at Greta camp, which he escaped at first opportunity. He found his way to Melbourne and worked as a motor mechanic at Queens Bridge Motors, and later at the Commonwealth Aircraft Company and Ansett Airlines. Upon his retirement, he returned to his memories.

Magnisia stands for Manisa in Anatolia, Turkey. The 400 refugee families who settled in the village came from Muradiye and Hamidiye in Manisa and from Bursa. Group identities were kept intact and named after natal homelands inserting hundreds of sites in Ottoman Asia Minor into the geographic imagination of Greece. Many of them have the prefix ‘nea’ (new).

The Refugee Settlement Commission (RSC) administered the settlement process funded by the League of Nations. In addition to the vacated former Muslim properties, some 509 new agrarian colonies were created for 180,000 people on 359,000 hectares of land. Some 75 of these were in Thessaloniki’s immediate vicinity, while more than 50 new colonies were built around the city. This was Greece’s first experiment with social housing. The Macedonia Resettlement

At the BME site, Nea Magnisia appears as a nostalgic reconstruction by a former Greek migrant. In fact, they are unsure how long they can maintain the exhibit given the poor climate controls within the facility and its lack of direct relevance for Bonegilla’s heritage. They lack the funds needed to create the display cases essential for preserving the miniatures. This is unfortunate because Nea Magnisia exemplifies a historical example of refugee integration that Australia might well emulate. It’s story is especially pertinent to Bonegilla, a similar historical entry point.

· Colonas, Vassilis 2003, ‘Housing and the Architectural Expression of Asia Minor Greeks Before and After 1923’, in R Hirschon ed., Crossing the Aegean: an appraisal of the 1923 compulsory population exchange between Greece and Turkey, Studies in forced migration, vol. 12, Berghahn Books, New York, 163-178.
· Hastaoglou-Martinidis, Vilma 1997, ‘A Mediterranean City in Transition: Thessaloniki between the two World Wars’, Architecture and Civil Engineering, vol 1, no. 4, 493-507.

* Anoma Pieris is a Professor in Architecture at the University of Melbourne’s School of Design.