Thousands of Greeks poured onto Rye Foreshore Reserve to celebrate two things: Australia Day (a week ahead of the actual event) and to honour the Association of Greek Elderly Citizen Clubs of Melbourne and Victoria – a group created 35 years ago to bring together Greek senior citizens for social purposes but to also inform them of their rights as pensioners.

In the spirit of togetherness, indigenous people of Australia participated in the Greek event with a Smoking Ceremony, a time-honoured aboriginal tradition that is aimed at cleansing places and people of bad spirits while welcoming guests to a country.

The smoking ceremony is a very important event for Australian indigenous people. They did Greeks the honour of conducting one for Australia Day celebrations at Rye.

The smoking ceremony was just one aspect of the event that also included Greek dancers, food galore, stalls and plenty of festivities to show that the Association of Greek Elderly Citizen Clubs transcends age and is a group for young and old to enjoy a spirit of togetherness.

It was this togetherness that was particularly emphasised by the Greek elders that organised the event.

The Federation of Hellenic Seniors Associations Melbourne and Victoria's Greek festival is in full swing, in celebration of the Federation's 35th anniversary (along with the upcoming Australia Day) at Rye. Complete this sentence. "You know you’re Greek Australian when…” Rye, Victoria

“We live in a country that is recognised as the most successful multicultural society in the world and the most liveable country,” said John Kostoulias. “This recognition does not come without merit. It is a day to reflect and acknowledge our history and celebrate the contribution that every Australian makes from our Australian and Torres Strait islanders to those who have migrated here to call Australia home. It is a country with an indigenous heritage and a multicultural character. Our country does not discriminate against race, colour, ethnicity and religion. It welcomes people from around the globe.” 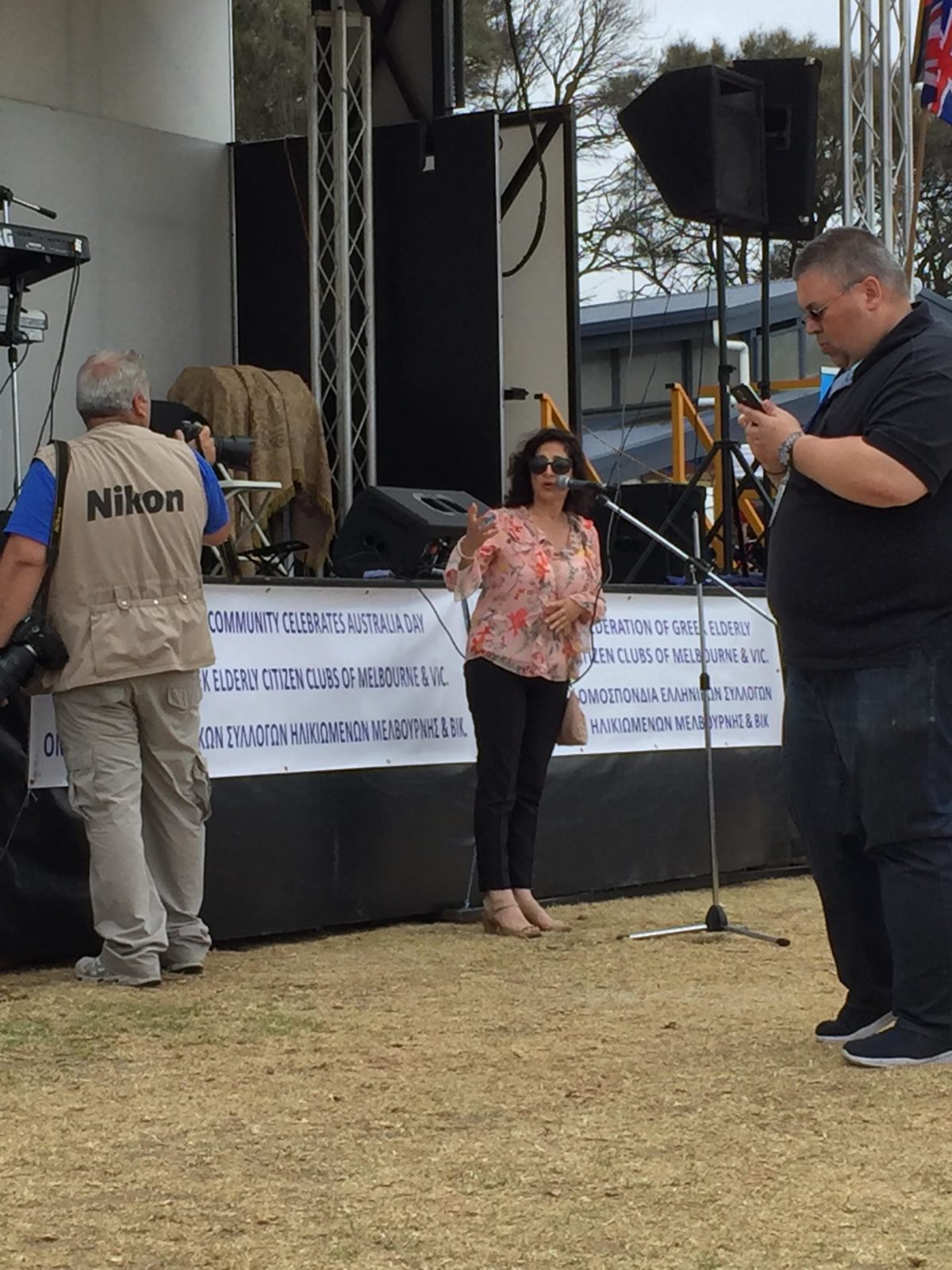 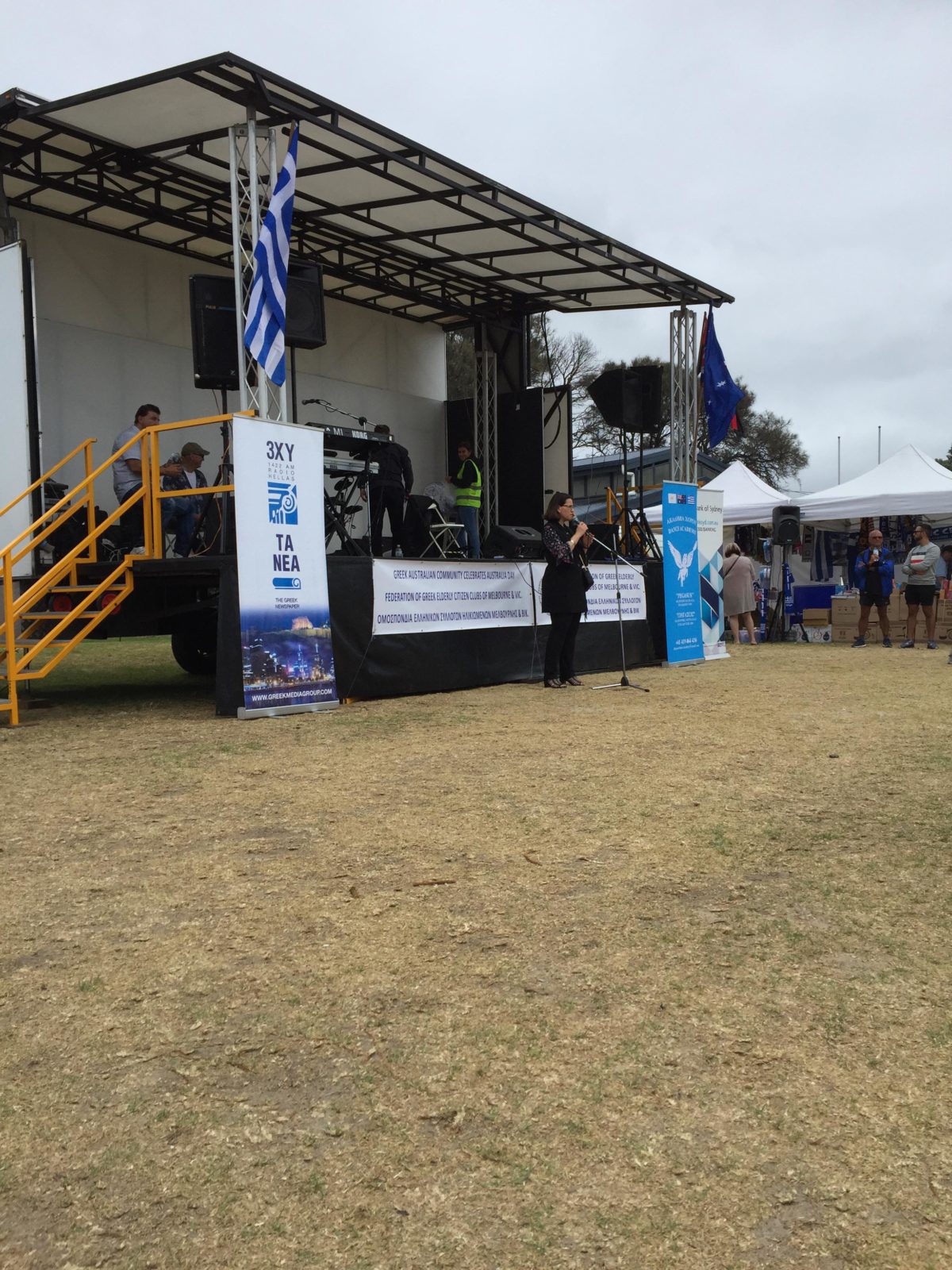 MP Jenny Mikakos pointed to the day as an opportunity to celebrate all that the Australian community has done for Greeks and vice versa. As the new Minister of Health she pointed to the importance of the senior citizens associations on the health of the elderly. Cr Kris Pavlidis from the City of Whittlesea and Dimitris Michalopoulos were among the dignitaries to address the crowd.