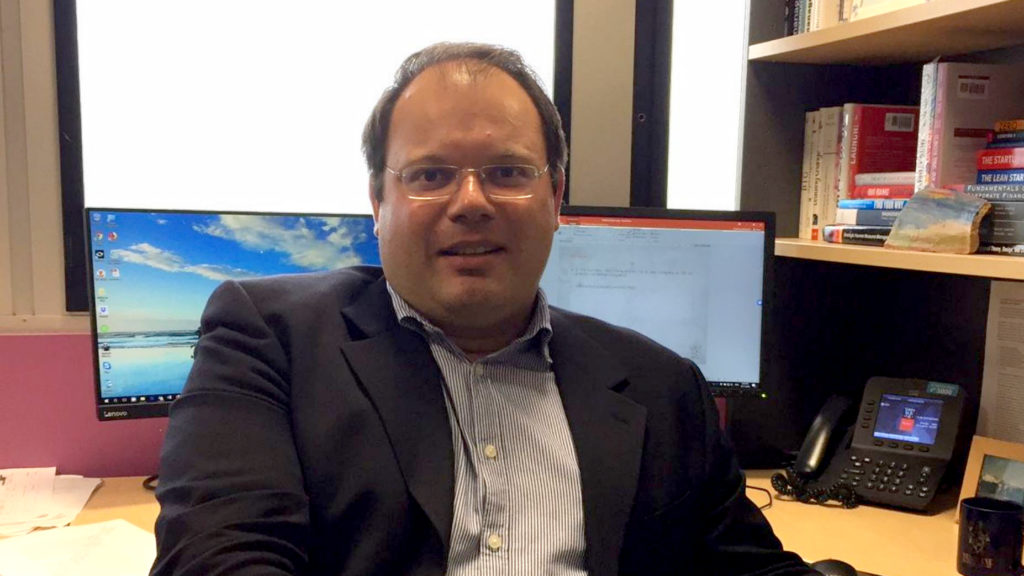 While Dimitrios Salampasis’ decision to work abroad was not prompted by the financial crisis, his success story is typical of many Greeks who fall under the ‘brain drain’ cohort.

The 38-year-old only arrived in Melbourne in March 2017 to undertake a lecturer of Entrepreneurship and Innovation position at Swinburne University.

A few months ago he also assumed the role of Director for the Master of Financial Technologies and a brief look at his resume helps understand why.

After completing his bachelor degree in Public Administration at Panteion University in 2003, he pursued postgraduate studies in EU Administration, as well as Pedagogical and Teaching Competence, followed by a Master’s in Entrepreneurship and Innovation and a PhD of Philosophy in Industrial Engineering and Management.

His international work experience spans over more than 15 years and covers different functions and corporate levels in the private, public and NGO sectors.

Consulting and advisory activities saw him gain global exposure early on, but it was in 2011 that he decided to try his luck abroad on a permanent basis.
At that time, crisis-stricken Greece was already experiencing human capital flight at its peak.

According to a Bank of Greece report, between 2008 and 2013 around 223,000 young professionals and scientists aged 25-39 had sought work in another country, while recent research conducted by KPMG indicates that the total numbers for the period 2008-2016 exceeded 450,000.

With the overwhelming majority being higher education graduates, the mass exodus of young Greeks has provided a net gain in many professional sectors for receiving nations, while Greece is arguably the biggest loser of the game, with the cost of the brain drain for the country estimated to have reached €15.3 billion.
While away from his homeland for a long time now, Dr Salampasis admits he still finds the situation distressing.

“It makes me sad seeing what’s happening. We all know what the state of the economy and wages are, we see people who spent their lives studying and working and essentially they want the reward they deserve.
“I consider the brain drain inevitable in a country unable to support its human capital,” he tells Neos Kosmos rejecting however that fleeing the country is a one-way road to success.

“It’s neither a panacea nor as easy as in the past, considering that jobs are now more scarce at a global level and human capital supply has increased.
“Some leave under favourable conditions, while others are less fortunate, but overall I believe that when appropriate circumstances are not in place, one should not make the decision,” Dr Salampasis says describing cases of migrants who saw their expectations dashed due to a lack of preparation and planning.

For him, entering the global market was not prompted by lack of opportunities in Greece, but rather came as the culmination of a years-long deliberation process.

“From a young age I was drawn to the idea of exploring the world and from the moment I got into university I got involved in student exchange programs, practicums, volunteering initiatives and seminars abroad.”

Early exposure to multicultural study and work environments is also what he advises young Greeks to do in order to ensure that they are able to make conscious and realistic choices when deciding to migrate.

Dr Salampasis considers the knowledge he accumulated and skills he developed working and studying in various countries continue to give fruit through his research and teaching endeavours.

“I really enjoy my job, as it allows me to pass on the diverse experience I have to young people, helping them start their own business or change the structures of their working ecosystem.
“And thus far I see that this [approach] is welcomed by students, meaning they like the fact that the course is delivered by someone who is not just an academic but can also bring to class knowledge from different fields and tell them things you don’t find in books.”