Ahead of Thursday night’s Australian Open semifinal clash on Rod Laver Arena between Greece’s Stefanos Tsitsipas and Spaniard Rafael Nadal, Tsitsipomania, as it has been dubbed, is alive and well in Melbourne.

A sea of blue and white has been following the 20-year-old through each round of the grand slam so far, with groups of both young and old fans proudly turning out and rallying behind the promising young star with their Greek flags and signs to show their support.

Neos Kosmos‘ readers got in touch with their photos of support, showing the joy that Tsistipas’ success is bringing to local fans:

Stefanos cheering on Stefanos! A young fan in Melbourne by the name of Stefanos supporting his tennis idol. Elly Symons with a group of young fans at the Australian Open. Marie Atzarakis carries the Greek flag on her back at Friday's game. 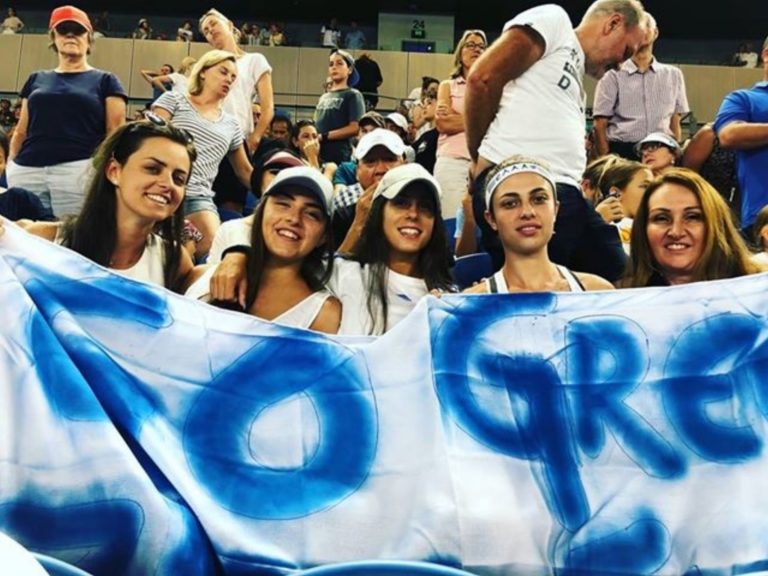 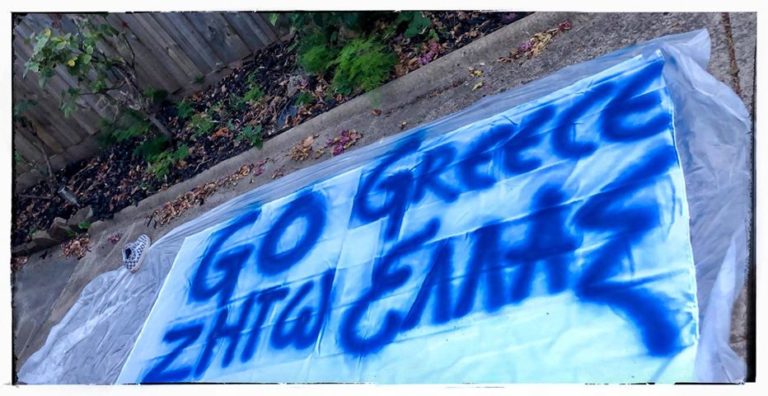 Also among the photos sent to Neos Kosmos was the video posted below, featuring a young Greek Australian fan in Melbourne also by the name of Stefanos. Captured and sent to us by his auntie Jade Parastatidis, in the adorable clip he holds a tennis racket and introduces himself as Stefanos before declaring himself as “the best tennis player in the world!”.

READ MORE: Clash of the Titans at Australian Open: Is Tsitsipas ready to take on Rafael Nadal?

Meanwhile, when it comes to Tsitsipas, along with his success thus far, there has been a lot of talk about souvlaki.

Speaking to Neos Kosmos, manager of the popular Greek eatery Stalactites, Nicole Papasavvas said that if Tsitsipas’ impressive performance continues through the final rounds of the grand slam that they would pay tribute by naming a souvlaki in his honour.

In the meantime, Tsitsipas has been doing the rounds of local Melbourne Greek eateries to get his souvlaki fix and fuel up for his matches. 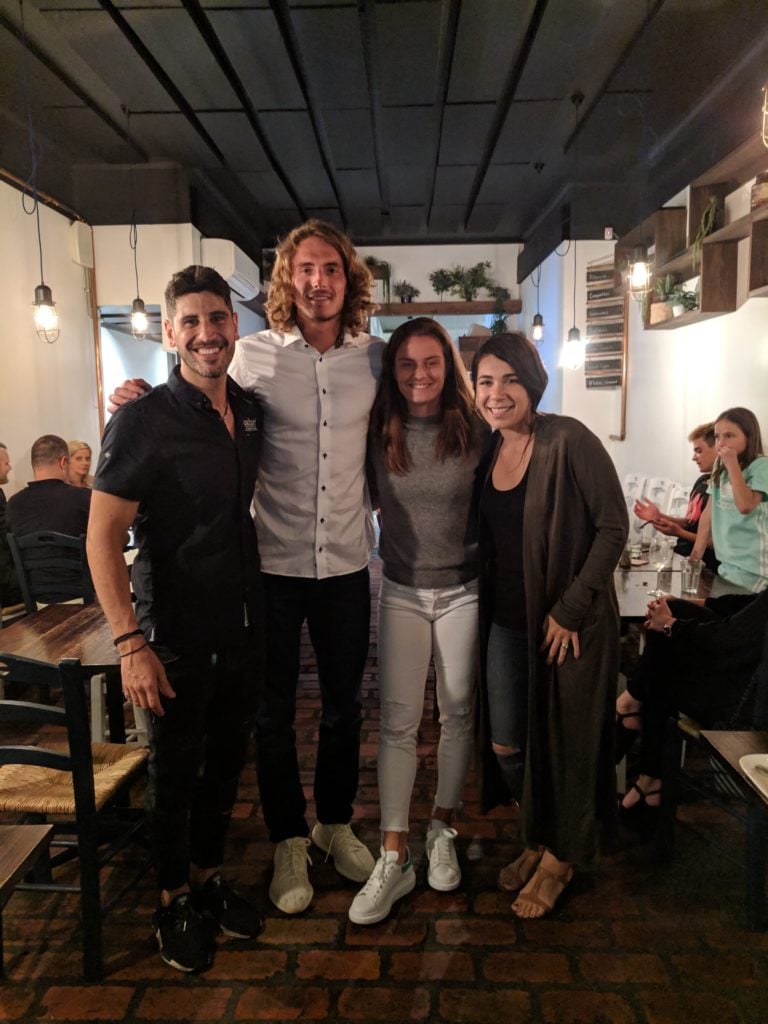 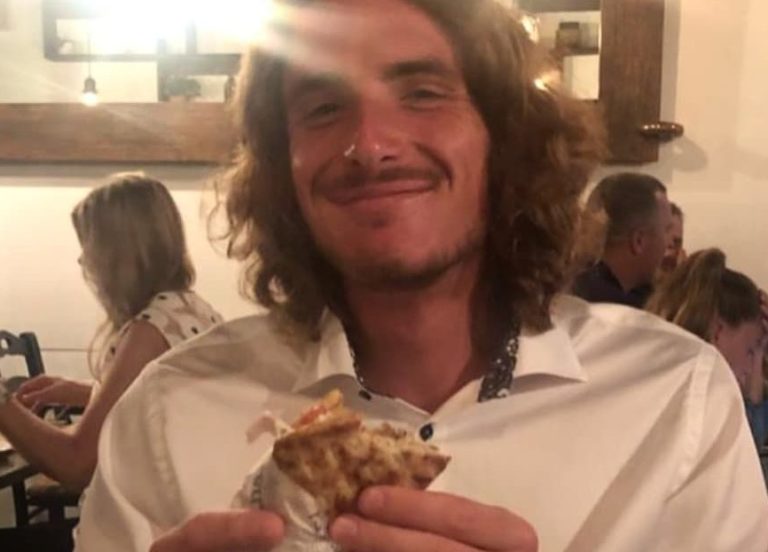 Tsitsipas all smiles, enjoying a souvlaki at Bahari.

Meanwhile the 20-year-old also has the Greek Orthodox Archdiocese of Australia on his side.

On Wednesday, the Archdiocese’s central offices in Sydney released an official statement warmly addressed “To our beloved child Stefanos” and went on to wish him the “very best” for Thursday’s match.

“May God strengthen you; bless your life and all your endeavours,” the statement concluded.

Have you been cheering on Tsitsipas during his Australian Open campaign? To be featured in Neos Kosmos, send your photos and videos to anastasia@neoskosmos.com.au