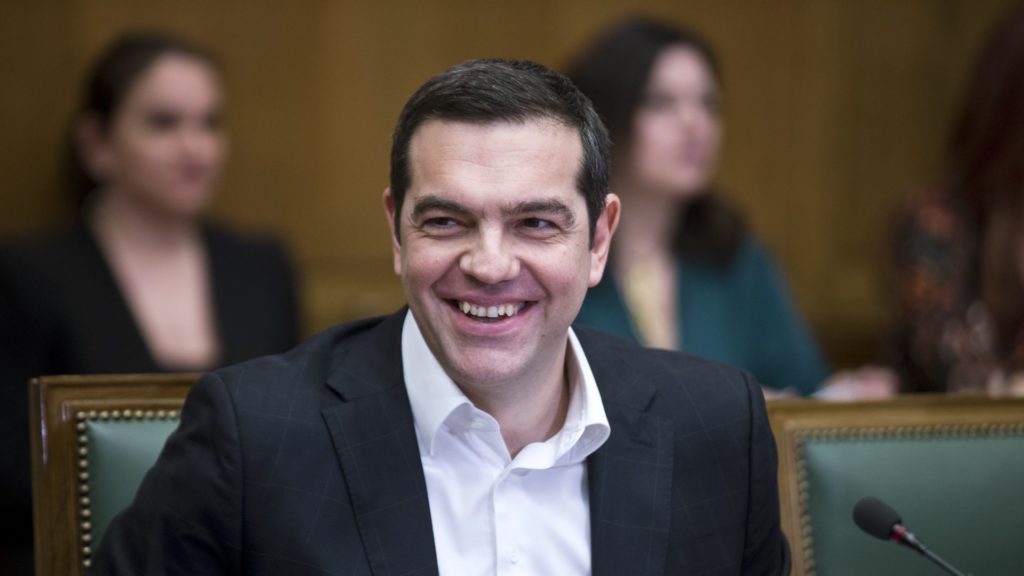 The government also promised to abolish the “sub-minimum” wage people under the age of 25 receive in Greece (€518) and increase by  27.5 per cent.

“The strategy of fair growth and the strategic aim to limit injustices passes through the increase in the minimum wage, but also the strengthening of salaried work and the negotiating power of employees,” the PM announced, saying that he commits to reverse some of the hard measures he was forced to implement under bailout supervision.

Mr Tsipras dubbed the “sub-minimum” wage a “dishonorable measure that did nothing to help tackle the unemployment of the youth”.

With the next national elections taking place in October this year, the Prime Minister highlighted the SYRIZA administration’s recent achievements saying that “Greece has become a different country now”. Finally, he announced plans to issue a five-years bond, in the first market test since the end of its international Bailout last August.