The Greeks and nothing: a philosophical perspective In virtually every area of research, be it in science, mathematics, philosophy, or theology, the ideas of ancient Greek thinkers are the roots*, having spread deeply as the basis of what is known as Western Civilisation. Even when Greek philosophy was accepted in the West only selectively through its Neoplatonic version during the period that the Roman Empire was turning to Christianity, it was still known in its entirety including Aristotelianism in the Arab world, which later reintroduced it to the West.

In my own research on ‘nothing’ that necessarily covered a wide area, I constantly marveled at the insights from over 2,500 years ago that influenced aspects of life throughout the ages to this very day.

The Greeks*  had a lot to say about ‘nothing’, which, it turns out, had an enormous influence on all aspects of life thereafter. Long before Socrates, thought of as the father of Western philosophy, Parmenides was vehemently opposed to the very notion of something not existing. As far as he was concerned, “what is” is understandable, but “what is not” is unimaginable. It follows that Parmenides dismissed the possibility of something coming from nothing. Something, he said, can only come from something, not from nothing.

Also Aristotle wouldn’t accept that there was ‘nothing’, although his way of tackling it was nuanced differently. His reasoning was that there had to be something – a prime mover – to create the heavens and Earth, and to move the sun and the moon. Despite the fact that Aristotle’s concept of God was very different, some 400 years before the birth of Christ, to that of the Christian God, Christianity eventually adapted Aristotle’s theory to much of its theology.

‘Nothing’, though, wouldn’t go away. It isn’t surprising that the puzzle of ‘nothing’ and the paradox of it existing in the world brought out strands of thought that led to mysticism in various forms. The Eastern churches, for example, went a different way to that of the Catholic Church: embracing ‘nothing’, rather than denying it. While Western religions deal with God’s existence (cataphatic theology – what God IS), Eastern faith and philosophy believes in negative theology (apophatic theology – what God is NOT, the importance of no-thing rather than some-thing.) It is along these lines that Eastern Orthodox churches, including Greek Orthodox, have gone with mysticism as a tenet of their mainstream beliefs (unlike other religions, where mysticism is a strand),  the ultimate aim being union with the mystical God – in a sense, man striving to become God. 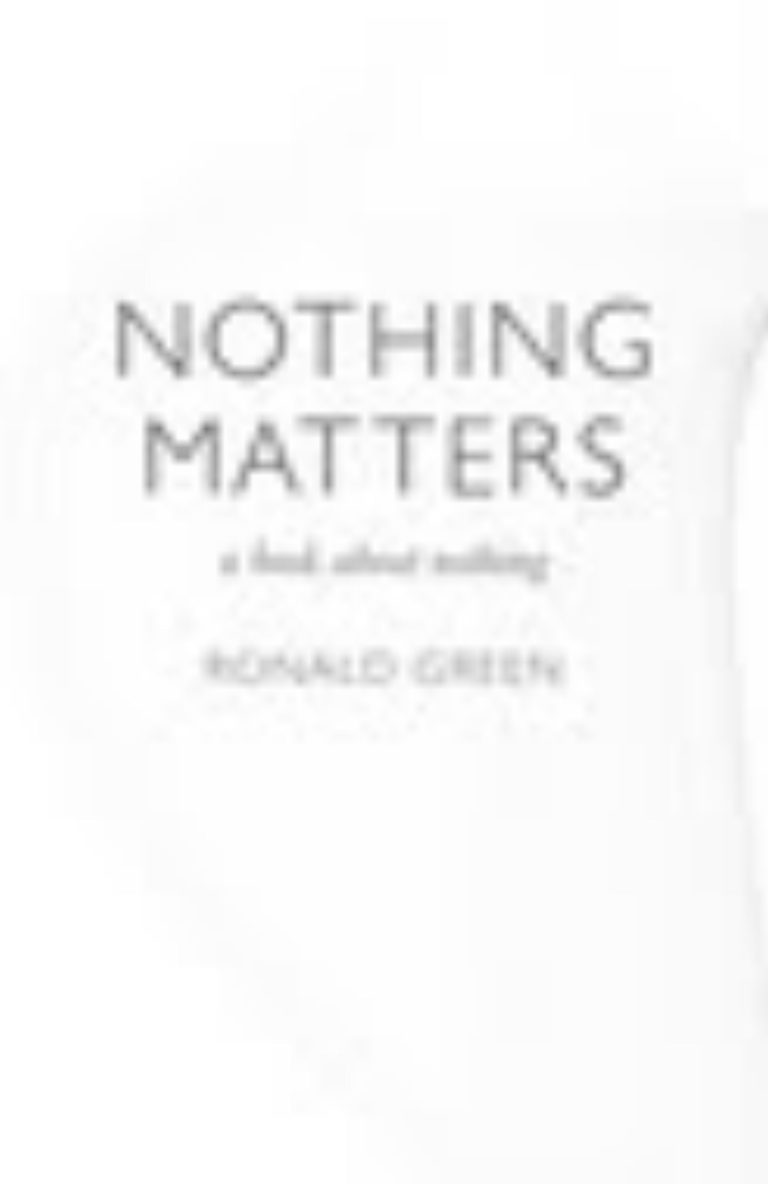 The theological issues are far more complex than are done justice in the above short overview. The point, though, is to show the importance of ‘nothing’ that the ancient Greeks first mulled over and that have had such wide repercussions. Not only in religions, but in science, the arts, literature, and the whole gamut of disciplines in the West and also in the East.

Interestingly, if not surprisingly, thoughts about ‘nothing’ have not always ended up with beneficial outcomes. One striking result of the Catholic Church taking aboard Aristotle’s dismissal of ‘nothing’ was that Western science and mathematics was held back for some 400 years! It took that long for the numerical system brought to the West by the Moors, to be accepted. What was its sin? The system that replaced the Roman numerals contained zero (associated – wrongly – with ‘nothing’). Despite the fact that mathematicians had been exposed to that numerical system on their travels in lands outside of Church control and influence, they were extremely wary of introducing it, and eventually desisted. One of those high-profile people bringing the new ideas to Europe was Fibonacci of Pisa, a well-travelled and renowned mathematician, who had picked them up in North Africa. For the Church, though, taking a stand against zero was not about holding back progress, but of stopping the work of the devil himself. Such was the fear of ‘nothing’.

In a way, ‘nothing’ seems to be at the crossroads of knowing. It was Socrates who, according to Plato, said [paraphrased]: “The only thing I know is that I know nothing.” Without going into philosophy and semantics, we can see that this ‘nothing’ means the absence of something, certainly different to the absolute – and impossible – ‘nothing’ (the absence of everything) of Aristotle. It is, in fact, the Socratic basis of accepting one’s ignorance and building from there, that is the basis of Western philosophy.

And so the discussion continued and still continues to this day, when philosophers are still analyzing ‘nothing’ and cosmologists are still discussing whether, and how, the universe could have come from nothing.

Within the groundwork of Western philosophy, the debate about ‘nothing’ is but one example of the deliberations that came out of ancient Greece, upon which the notion of questioning everything is the structure that we are still climbing.

Ronald Green, author, linguist, philosopher, is the author of “Nothing Matters: a book about nothing” (iff Book 2011), and the recently published book “Time To Tell: a look at how we tick” (Iff Books 2018). Available also in Australia from all online sites including amazon.com.au. Ronald’s wife’s parents and family were born in Thessaloniki.