‘The Old Greeks’, a multimedia exploration of migration Drawing on the events surrounding the arrival of his family in Australia, Professor of Film Studies Dr George Kouvaros created his book – The Old Greeks: Cinema, Photography, Migration – to explore the complex form of early migration through a series of film and photographic material that serve as toolkits for reaching a level of comprehension of such a heart-wrenching yet empowering experience.

“The project began as a series of short essays and personal reflections which were motivated by the desire to try and make sense of the relationship of two worlds; one being my own family’s past and culture and the other being the world I found myself into, after leaving a volatile Cyprus to come to Australia,” said Dr Kouvaros whose family migrated to Newcastle, Australia, in 1966.

The book commences with a description of the author’s mother, Panayiota, sitting at an airport lounge waiting to board a connecting flight to Cyprus.

For the Sydney-based Professor, the book’s introductory image represents the starting point that introduces the reader into a concept that helps one grasp the idea of migration followed by the constant back and forth that those first Greek migrants had to experience.

At the same time, it explores the physical, psychological and mental effects migration had on them.

“Each photo in the book tells a story and it is a broader personal reflection of how migration can be mediated by film and photography when we attempt to examine both how the phenomenon was lived by people of that era as well as explore migration more collectively,” Dr Kouvaros said of the project that required a constant shifting between family photos and individual anecdotes and stories edged into his mind from his earlier years.

“We have only just started to comprehend the pain, the hardships and long-term effects that early migration had on our parents,” says author of ‘The Old Greeks’ book, Dr George Kouvaros

Combining elements of an autobiography, cultural history and criticism, The Old Greeks develops a style of writing that approaches complex social and aesthetic issues in an intimate manner. 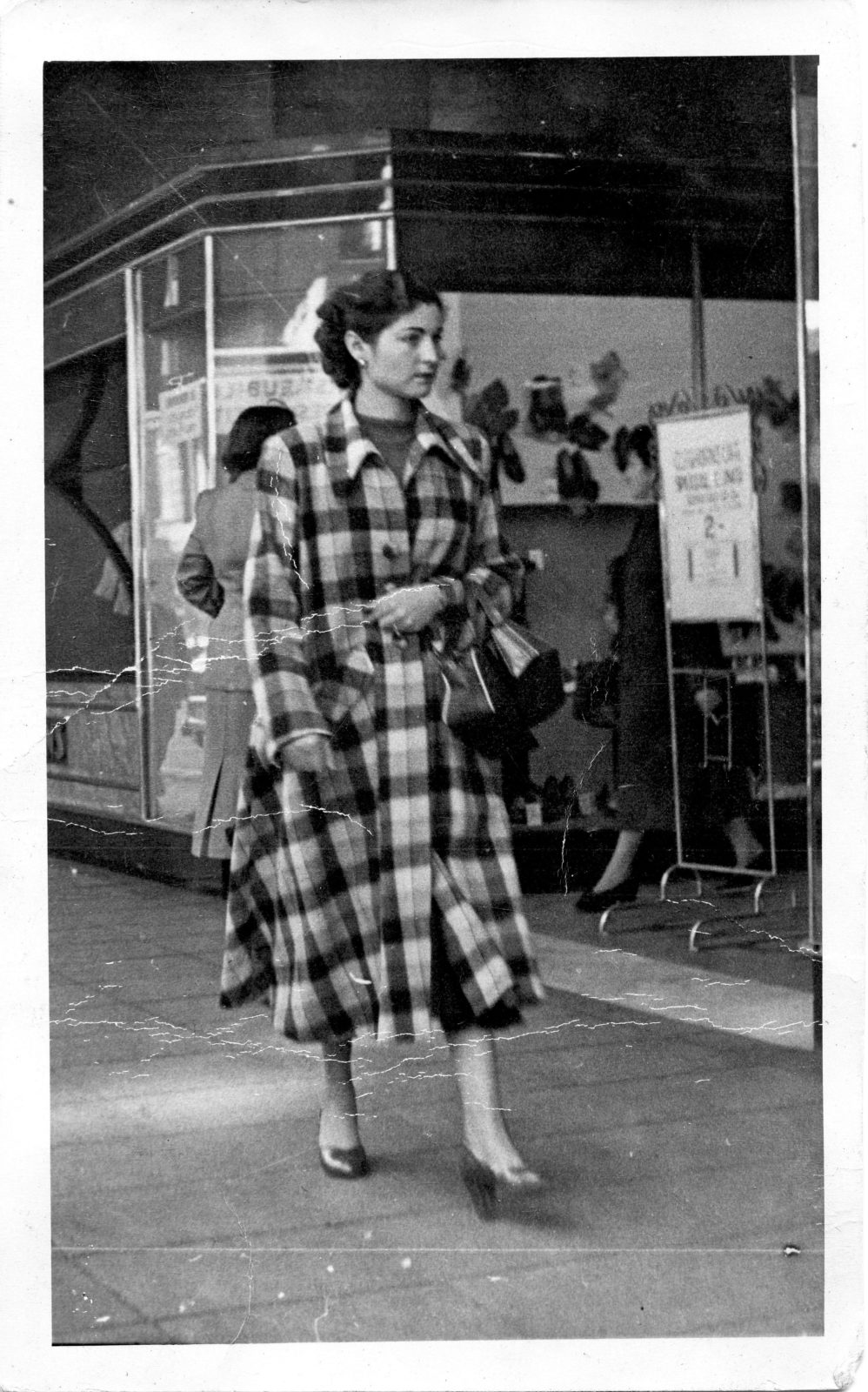 Portrait of Panayiota with her three children Young George working at his parents' milk bar, sometime in the mid-80s. The story of Dr Kouvaros’ family is a classic story of a young migrant couple that spent all their lives working 365 days a year in low paying jobs, saving their money and starting businesses with relatives, in order to make a living for themselves and their families.

“As thrilling and somewhat exciting as it might have been for us young children to adapt and embrace a new language and environment, as I entered adulthood, I couldn’t help but notice that for our parents, carrying that ‘baggage’ of migration and the fear of whether the ‘gamble’ of leaving so many behind and starting a new life would even work or end in a shameful disaster, certainly resulted in great anxiety, depression and almost a physical dissolution due to those endless hours of work and exhaustion that would certainly affect any person’s physical and mental well-being,” Dr Kouvaros explained, whilst admitting that delving into the past helped him understand the identity of that generation of parents – who they were, and still are, and what kind of risk they were willing to take when migrating to a country that in the 1950’s and 1960’s was quite an intolerant place, somewhat distrusting of migrant culture.

“In my opinion, these attitudes towards our parents led to the desire to assimilate, stemming from the need to escape racism and it is those very formative experiences that, although we were not able to comprehend as children, are now more apparent as we move into adolescence and our adult years.

“Evidently, it is also necessary for us second generation Greek-Australians to realise how those cultural dimensions have affected us as children of migrants and how deeply they are ingrained in our DNA and I hope that through my book I can start a conversation because for me, it is almost absurd not to try embrace and understand those migration elements better, if we are keen to further understand ourselves and our own stories,” Dr Kouvaros said.

Dr George Kouvaros is a Professor of Film Studies, Deputy Head of School-Staff Development and Research Convener at the School of the Arts and Media, University of NSW. His book, ‘The Old Greeks’, can be purchased directly from the publisher, UWA Publishing or through Amazon.