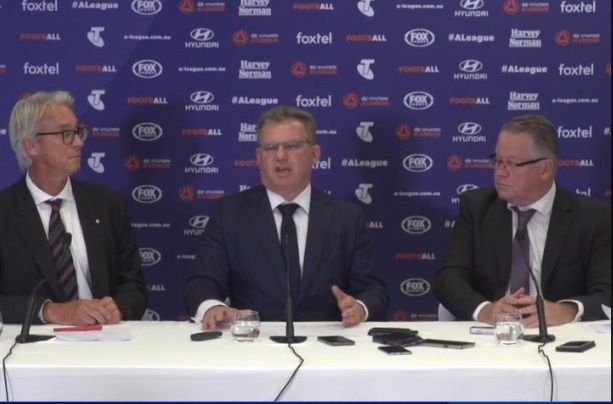 The demise of the NSL and advent of the A-League saw Greek backed clubs like Heidelberg, Sydney Olympic, West Adelaide and South Melbourne spend almost 15 years in the football wilderness.

With the election of Chris Nikou as FFA Chairman bringing an end to the Lowy era, there is new hope for many of those proud migrant clubs.
Born in Melbourne, to Greek parents who migrated to Australia in the 1950’s from a Greek village eight kilometres from Grevena, Nikou grew up in Malvern and played youth football for South Melbourne.

“I have lived and breathed both generations,” he says. “I grew up in the NSL. My koumbaro is Nick Deligiannis and he played for Heidelberg and he was the first kid I met in primary school. Ange Postecoglou is my other koumbaro. I used to go to the old Middle Park where the souvlaki was on the left hand side where you used to queue up.”

The new FFA Chair feels his history in the game from the NSL to current day can help football fulfil its potential.

“What I get from that is a greater sense of community,” he says “To the extent that people feel a disconnect it’s up to the board to try to unify them. There is no old soccer or new football. It might be a different chapter of our sport but it’s our sport and our sport goes back almost a 100 years.”

Nikou believes that the first step to uniting all the football tribes is the creation of a national second division.

“That is an important narrative that we are keen to explore,” he says. “We need to make sure that it’s sustainable and we can deliver it long term. I see that as a way for the next generation of youth players to get that chance to get into the shop window and build professional careers.”

Crucially for former NSL clubs Nikou feels promotion and relegation is a step that Australian football must also aspire to.

“That’s the ultimate goal,” he says. “The reality in practical terms is that we develop a stand-alone A-League model that is sustainable for the clubs. Part of that evolution is promotion and relegation, you could certainly see it as part of a second division fairly quickly. If we could get that up and running then ultimately it would be introduced into the A-League. The second division dialogue and expansion is important. I would hate to see a player out there and just because the sheer weight of numbers they don’t get an opportunity. That would be pretty disappointing in my view.”