Star of Vergina – a Greek symbol through time 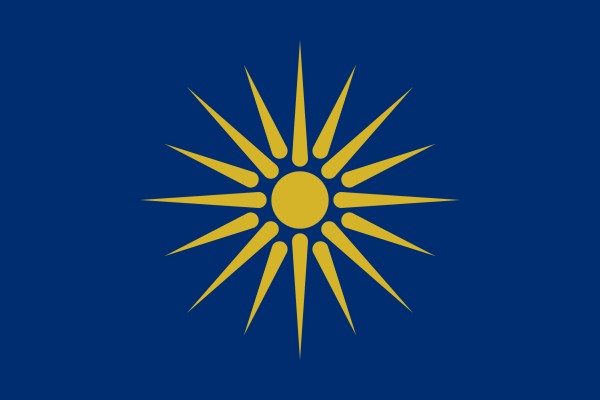 The Vergina Sun, also known as the Star of Vergina, is a rayed solar symbol appearing in ancient Greek art between the 6th and 2nd centuries BC.

The name “Vergina Sun” first became used following archaeological excavations in and around the small town of Vergina, northern Greece, during the late 1970s. It is a historical royal symbol of the ancient kingdom of Macedonia.

Early presentations go back to the 6th centuries with hoplites bearing the symbol on their shields and armour. The Iliad describes the hero Achilles as having a panoply with a star-shaped symbol. It was found on coins and was a symbol used by the Macedonian royal dynasty and found on a larnax (coffin) believed to belong to Philip II of Macedon, father of Alexander the Great. The symbol might represent the Sun god (Helios).

Macedonian Greeks used the symbol on logos in the 1980s when the symbol first became used as an official emblem of the three regional units and the municipalities in the Greek region of Macedonia.

The Vergina Sun symbol was the subject in a controversy in the first half of 1990s between Greece and the Former Yugoslav Republic of Macedonia (FYROM) which adopted it as a symbol of Skopjian nationalism and depicted it on the newly-formed republic’s flag. Todor Petrov proposed using the Vergina Sun as the national symbol of FYROM in 1991. A Greek Foreign Ministry spokesman said in January 1995 that the “symbol is Greek and has been stolen”.

The controversy lasted until 1995, when the young republic’s flag was revised into a different rayed solar symbol.

The two countries have signed the Prespes Agreement which stipulates the removal of the Vergina Sun from public use in the Republic of Macedonia’s territory.