“Earthy, lyrical, musical and exotic” these are just some of the adjectives, Australian songstress Wendy Rule jotted down in her journal to describe the Greek language on her first visit to Greece. Little did she know at the time that it would give way to a love affair with Greece.

But truth be told, Rule has been connected with Greece and its ancient past for decades. Identifying spiritually as a pagan since the age of 25, she says that from a child she has been obsessed with ancient Greek mythology.

“These myths are beautiful and they’re there to teach us – it’s like gifts from our ancestors, like a map,” Rule told Neos Kosmos.

One myth in particular – that of Perspephone – has kept drawing her back, Rule admitting to feeling a personal connection with Persephone’s decent into the Underworld, especially in her 20s when she was struggling with her own personal journey.

“This myth was actually extremely helpful on a personal level to remember that everything’s cyclic, so I was learning through it on a very searchful level, and on a personal development level; it saved me in some ways,” she reveals.

So it only makes sense that it has evolved into the inspiration for her new double-album.

Set to be launched this month in Melbourne, Pesephone is the culmination of over 12 years work, and unlike anything Rule has done before – though there are hints of her Jazz and goth influences.

“It feels incredibly satisfying and also a sense of relief,” Rule says of finally having a physical product to offer her audience.

“With this particular album I have just so much faith in it. I kind of feel like this is what I’m meant to be doing and people can like it or not, but this is my offering.”

Made possible in part thanks to her loyal fan base through a successful Pozible campaign, this retelling of Persephone’s myth over 24 tracks, covers the grief of her mother, the Goddess Demeter. It is a focused song cycle, akin to an opera, guiding the listener through the tale, which is ultimately the cycles of nature: human emotion; life and death.

It’s not the first time Persephone has made an appearance in Rule’s work; her second album Deity released in 1998 also references the myth.
But her latest offering takes it to a new level. Her commitment to do it justice naturally led her to Greece to explore the sacred sites, which added an entirely new depth to her understanding of the myth and culture.

“As soon as I got to Athens I completely fell in love with the land, the culture, the food, the people – everything! And it was just like ‘oh my goodness, why did this take me so long?’

“When I went to the actual sites, I felt like a living presence because I knew those myths so deeply … I felt like I’d stepped into a living myth – it was just totally mind-blowing.”

Over the past five years, Rule has been a frequent visitor to Greece, where she has created lasting connections with locals the likes of Callie Gallati, who leads the five part female Greek Chorus on the album.

“To me, it felt this is what the album needed to be anchored in the soil of Greece and to be made modern as well, having a Greek musician on there,” she explains. 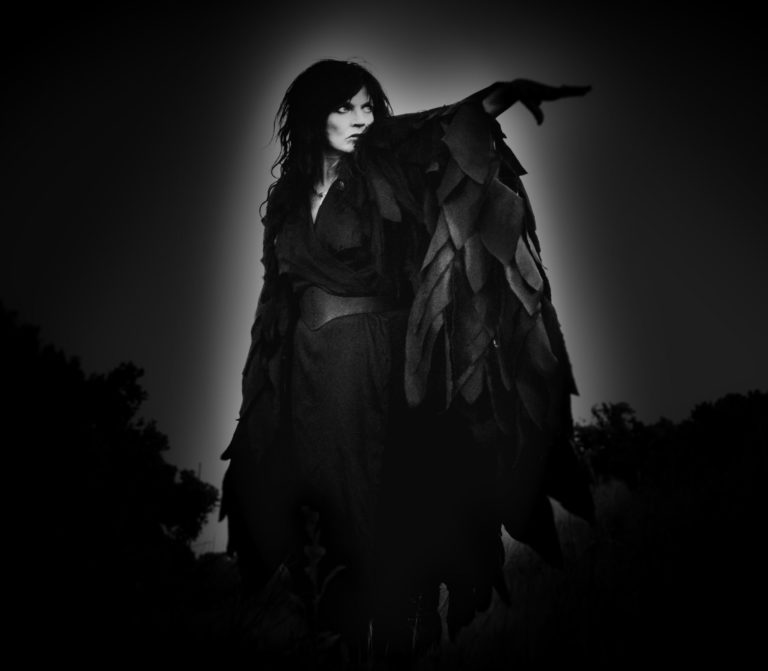 Based in Santa Fe, New Mexico since 2014, while the move has been transformational for her work as an artist, Rule says that it felt only fitting to return to her hometown of Melbourne to launch Persephone – that and the fact that Melbourne has such a large Greek community, who she hopes will be interested in her interpretation – and to see her singing in Greek.

“I’m a diligent student, but man it’s a really hard language,” she laughs.

“But I just love it… It definitely has helped me to understand and click in on a more emotional and energetic level with the myths and the people, and to put it in context… it somehow amps up the magic side of it.”

If fact her exploration of Greece is far from over. Set on becoming fluent, in September Rule is heading to Ikaria for a two week immersive language course.

But until then her focus is on the launch, which she admits is slightly daunting. With performers flying in from around the world, it will be the first time they will set out to recreate a studio album, live.

But if the response thus far is anything to go by, there is little to worry about.

While Persephone is very much rooted in Greece, Rule’s own connection with it proves it has a message for everyone, even today.

“That’s why the chorus of women are from all different places – we could hear different accents; American accents, Australian accents, and Callie with Greek – to say that this is everyone’s story. I definitely didn’t want to come across like I was telling a definitive version of the myth; it’s my version, and for me it’s a universal story.”

‘Persephone’ will be launched on Saturday 23 February at Thornbury Theatre. For more info about ‘Persephone’ and its development visit wendyrule.com/persephone