Ode to the Greek language in Australian Parliament [VIDEO]

“The Greek language is the Queen of all languages,” said Federal MP Steve Georganas. 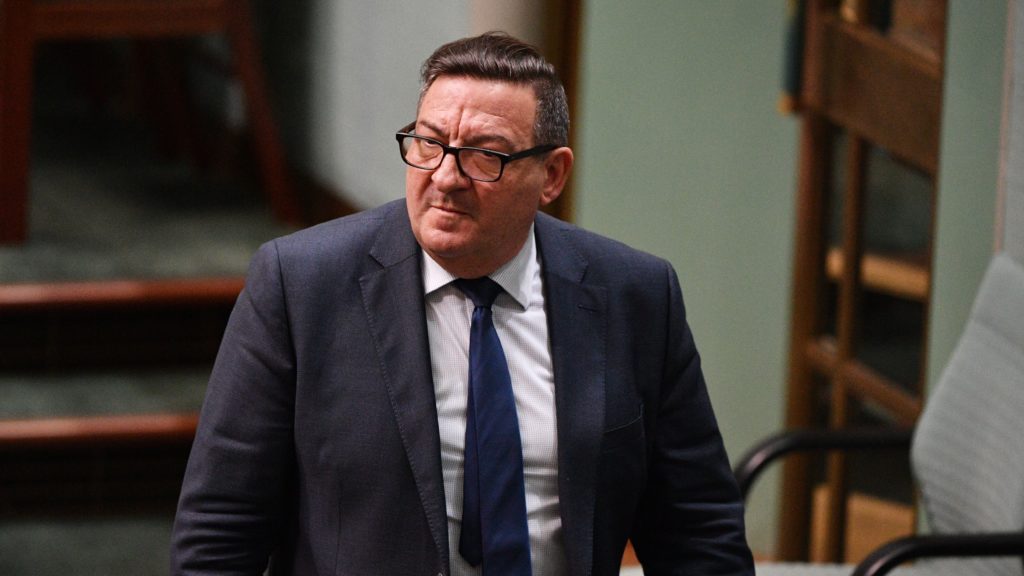 “The Greek language is the Queen of all languages.”

These are the words that federal MP Steve Georganas used during his speech on the importance of the Greek language last Thursday, 14 February, in Australian Parliament.

His speech was to commemorate International Greek Language Day (9 February) – a date picked to coincide with the official date for the commemoration of Greek national poet, Dionysios Solomos, who wrote the Greek National Anthem, also known as the Hymn to Liberty.

“It gives me great pleasure today to rise and speak about International Greek Language Day. The main aim of this initiative is to celebrate the vital, fundamental role played by the Greek language in the shaping of Western civilisation throughout the centuries,” said the federal MP, who was joined in the chamber by Ms Ekaterini Xagorari, Ambassador of Greece to Australia and Ms Martha Mavrommati, High Commissioner for the Republic of Cyprus.

During his speech Mr Georganas stated that the Greek language is one of the world’s oldest languages that has shaped and codified the first layer of vocabulary as well as the basic concepts of Western civilisation and that over the centuries its contribution to the world has been immense.

“Greek, a language that is spoken by millions of people around the world is the foundation language of science and medicine with an astonishing 80 per cent of scientific terms being of Greek origin.

“Greek words are found across the world in fields such as astronomy, mathematics, philosophy, medicine, logic, politics and religion as well as many more areas of the human endeavour. Democracy—what we practice here every single day—is a Greek word,” continued the MP, encouraging everyone, irrespective of their origin or cultural background, to learn and embrace the Greek language not only because of its beauty, its colourful strikingness and its virtues but mainly because it expresses a great culture overall.

Mr Georganas made a special mention and personally thanked Ms Xagorari and Ms Mavrommati for their invaluable contribution in promoting the Greek language, followed by Deputy Speaker of the House, MP Maria Vamvakinou who welcomed both women in Greek.

🇬🇷 🇬🇷 🇬🇷 In parliament this week I got to speak on a day close to my heart – International Greek Language Day – celebrated on 9 February. The date was picked as it was also the official date for the commemoration of the Greek national poet Dionysios Solomos, who wrote the Greek national anthem, titled Hymn to Liberty or Ymnos is tin Eleftherian .Together with ancient Latin texts and traditions from the Roman world, the study of Ancient Greek writings and society constitutes classical Western learning. The Greek language is also one of the EU's official languages, with Greek being spoken by millions of people around the world: in Greece and in Cyprus but also in the diaspora in Australia and everywhere that Greeks have made their home. It was an honour to be joined by Her Excellency, Ekaterini Xagorari, the ambassador of Greece to Australia, and High Commissioner Her Excellency Martha Mavrommatis, who have done so much to encourage and to promote International Greek Language Day.