The Greek Cypriot Cultural and Theatrical Centre are an Epping-based troupe that stage works for elderly audiences. 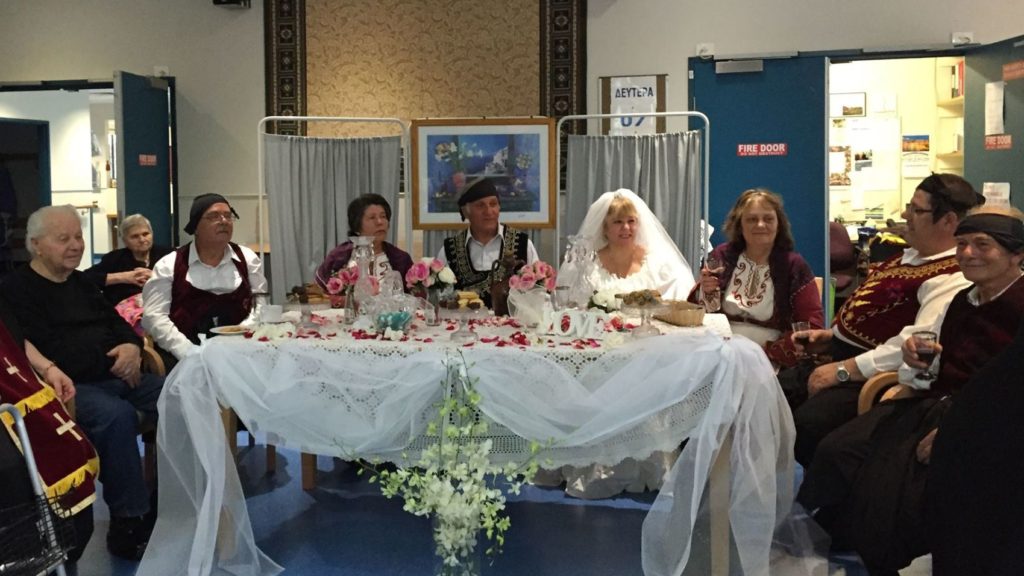 A Greek Cypriot Theatre group based in Epping has been fundraising for the Greek community and uplifting seniors at aged care residences with their original and traditional theatrical productions.

Led by Anastasia Xenophontos who came to Australia in 1979, the Greek Cypriot Cultural and Theatrical Centre runs on a shoestring budget at Epping Memorial Hall where the actors practice their plays and plan community events.

Ms Xenophontos initially was part of the Cypriot Community Theatre but finding she had a strong affinity for drama, she decided to start her own theatre group with friends Vera Savvidis, Ioannis Karasavvidis, Charalambos Symeou, Maria Himonas, Dimitra Mitsios, Charalambos Xenophontos and Helen Emmanuel-Pras JP.

“We are doing a community service,” Ms Xenophontos said, who also writes her own plays and revises others for her group.

“We’re always looking of new ways to engage with the community. We’ve just started our new play and for sure we’ll be really successful.”

“Already people are asking us when we’ll be ready to perform the play. We’re like a family. Everywhere we go in the community, it’s voluntary. We’re all loved.”

Their plays, like the Cypriot classic To γάμος, aren’t for profit. Instead, they are purely for entertaining their audiences who, Ms Xenophontos said, prefer comedies, as audiences don’t like plays that are emotional.

They have performed community centres and churches where the group raised enough money from their plays so one Thomastown church could fix their carpark.

“I was playing the bride and everyone thought I was a real bride and that the wedding was real,” Ms Mitsos said.“When their children would come the residents would tell them there was a wedding here – that’s how real it was to them.”

Dimitra Mitsos, one of the actors who plays the bride said they had a lot of congratulations from the elderly audience.

“I was playing the bride and everyone thought I was a real bride and that the wedding was real,” Ms Mitsos said.

“When their children would come the residents would tell them there was a wedding here – that’s how real it was to them.”

Said Ms Xenophontos: “They would kiss our hands from their joy. They were were so thankful and really they were hugging us like we were their kids. We gave them loukoumia and Giro in little baskets and they liked it a lot.”

But the group said while they do help the Greek community, being together is a way for them to forget about their own problems.

“For instance I lost my child,” Ms Xenophontos said. 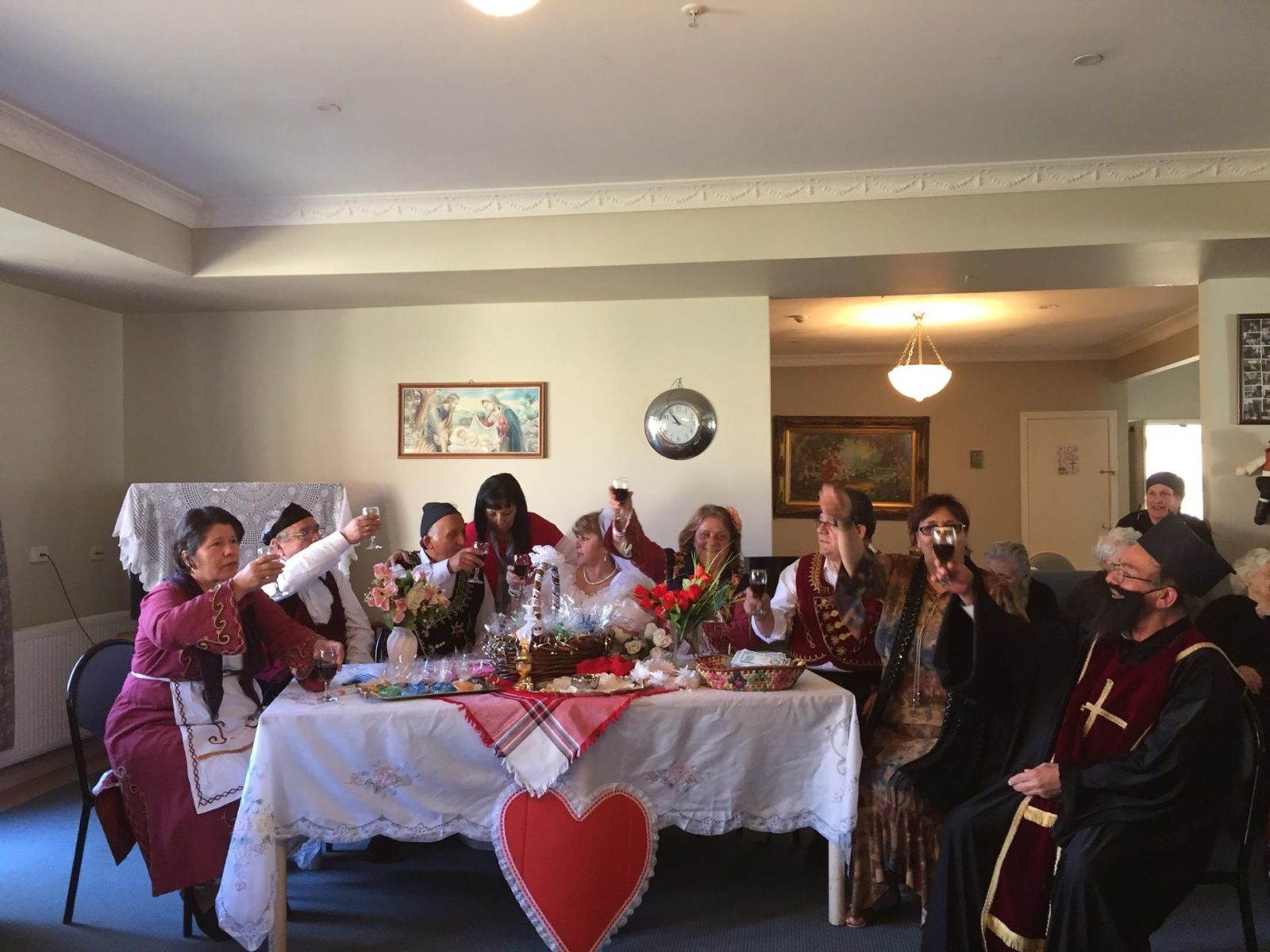 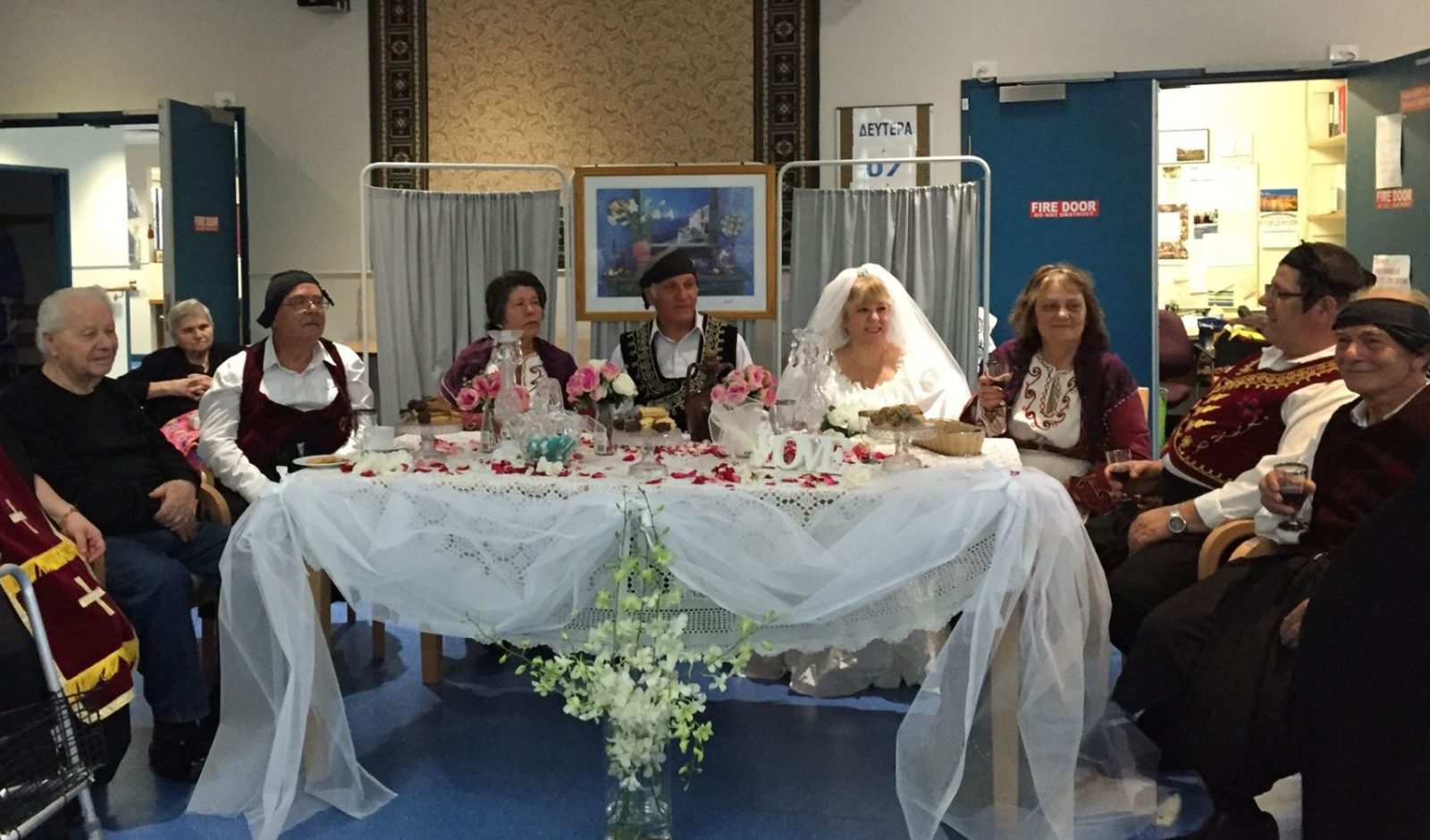 “I almost died. I couldn’t get out of bed, I was very sick and my head was filled with negative thoughts.”

“My psychologist said I need to empty my head of these thoughts so I can relax or else something bad will happen to me.”

Ms Xenophontos said with the help of her doctor, family and friends she started this community.

“Everyone came together through networking. We had people who were a part of the Cypriot community and the others are friends of mine who are very good,” she said.

“But all of us have our problems and that’s why we do it.”

Vera Savvides, one of the actors, said they are very satisfied being part of the group.

“It’s entertaining for us too. We come from our homes, our everyday routines and when the people have fun that’s something we’re thankful for,” she said.

“We don’t do this for money we do it to entertain the people.”

Said actor Mr Charalambos Symeou: “The Greek community should know this community exists, that we’re here, everyone is welcome and to support us.”