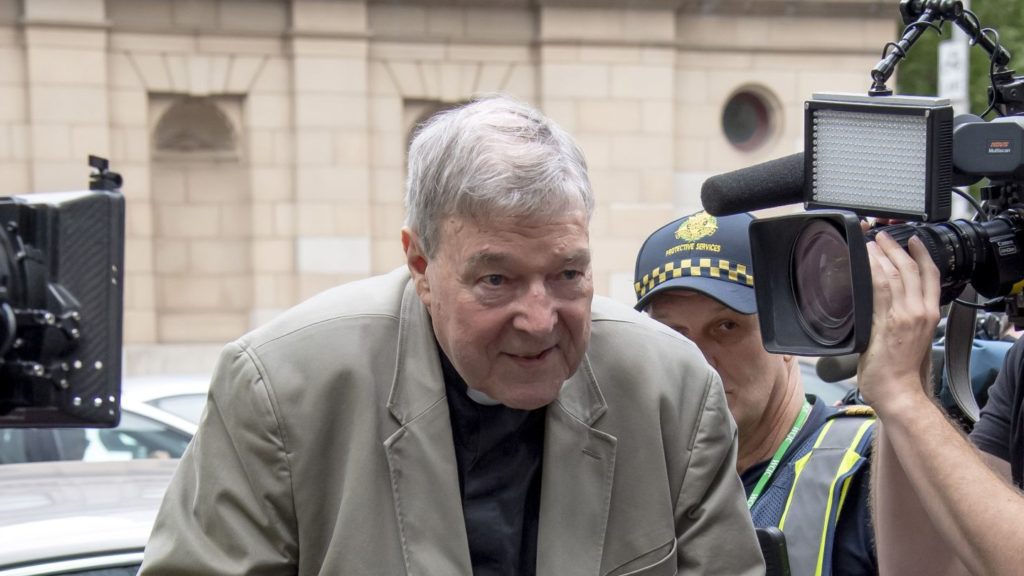 Prime Minister Scott Morrison is understood to be looking at taking action to strip Cardinal George Pell of his Order of Australia honour after the senior Catholic was found guilty of sexually abusing two choirboys.

It is understood that the Prime Minister’s Office will make an application to the Council of the Order of Australia to revoke Pell’s appointment if his appeal fails.

An appointment to the Order of Australia can be terminated under the section 30 of the council’s constitution if it receives an application for an honour to be reviewed.

Mr Morrison said yesterday that he was “deeply shocked” by the Pell verdict.

“I respect the fact that this case is under appeal, but it is the victims and their families I am thinking of today, and all those who have suffered from sexual abuse by those they should have been able to trust, but couldn’t,” he said.

“Their prolonged pain and suffering will not have ended today. While due process continues, our justice system has affirmed no Australian is above the law.”

Neos Kosmos approached the Greek Orthodox Archdiocese for a comment with their views, but they declined to make a statement at this stage bearing in mind that they are a different religion and are still watching the situation as it unfolds.