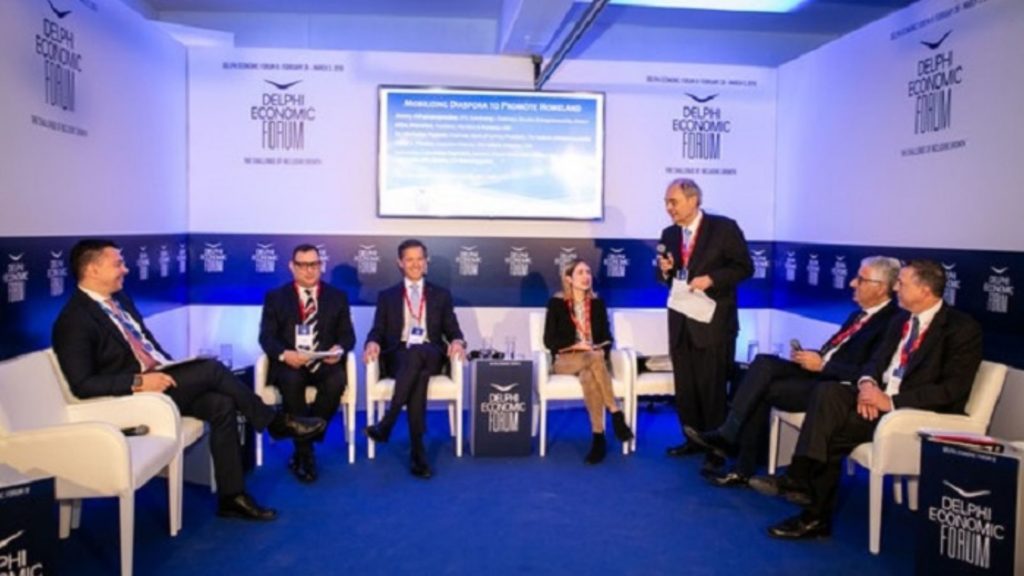 The 4th Delphi Economic Forum kicked off on February 28 at what was once considered the centre of the ancient classical world.

Not just an economic conference, but an annual meeting point for global political leaders and thinkers looking at emerging global trends. As such, the annual event has once again drawn people from all around the world to the slope of Mount Parnassos, specifically 500 international speakers, 2,500 delegates and 200 press members.

This year’s theme – “The Challenge of Inclusive Growth” – focuses on issues such as national and cyber security, European policy on migration and asylum, EU bailouts, the Middle East and of even the Diaspora.

The event was opened by Greek President Prokopis Pavlopoulos who spoke of the effects of technology and modern man’s relationship with it that is “fraught with contradictions”.

“These are not contrasts, which could be compromised through a dialectical synthesis, but actual contradictions generated, on the one hand, the justified pride the creator takes in his creations,” Pavlopoulos said.

“Fear, almost subconsciously, fuels the composite emotion that results from the mixture of the paradox and the absurd. This mixture is, ultimately, the awe felt by the creator when his creations begin to operate outside the scope of his designs and expectations. It is even more acutely felt when the creator thinks that he may be about to be surpassed or displaced by his creations.”

The meeting, chaired by Emanuel Rouvelas from K&L, focused on how second- and third-generation Greeks can be mobilized to help Greece.

The conference ends on March 3, and includes a number of livestreamed events to ensure that people from around the world can benefit from the discussions being held there.