Greece’s socioeconomic crisis shown from a different point of view

Artist Dimos Avdeliodis has launched a campaign for the realisation of ‘The Satyrical Drama of Athens’, a film that seeks to awaken feelings of solidarity, unselfish love and creativity, encouraging us to coexist and cooperate for a better world 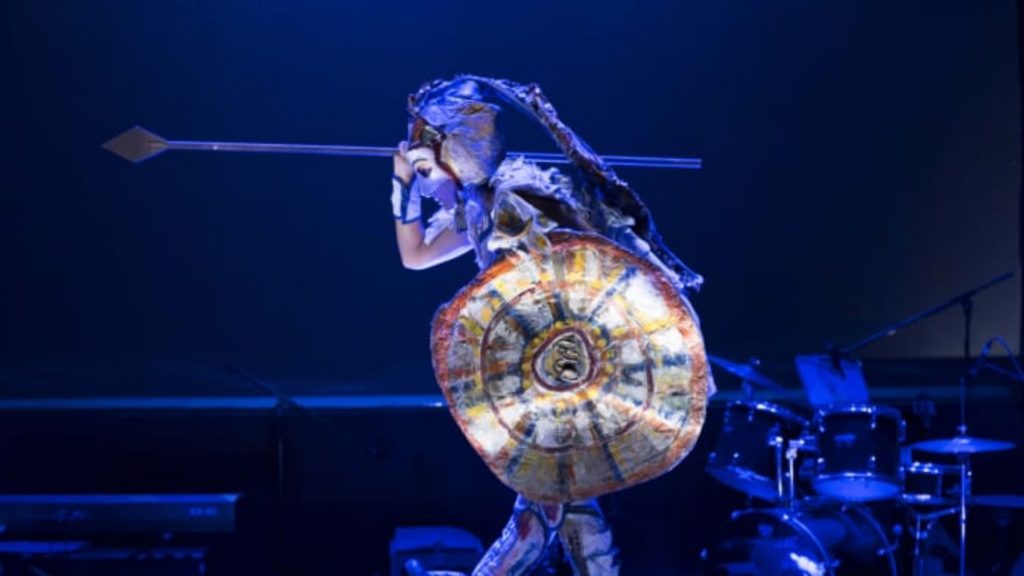 As the effects of the socioeconomic crisis in Greece continue to be felt, new and diverse artistic takes on people’s experience continue to emerge.

Among those inspired by the impacts of the crisis is contemporary theatre and cinema artist, Dimos Avdeliodis.

His latest film in the works is titled The Satyrical Drama of Athens and addresses the current economic issues and social crisis plaguing Greece and the world at large.

While preparation for the film is complete, to help realise it Avdeliodis is seeking assistance from the public with the launch of an Indiegogo campaign, which is in its final three days.

The story line follows Karaghiozis, who lives in a carefree state until a Dragon suddenly comes along and occupies the city’s only aqueduct. To continue supplying the inhabitants water, he demands to eat as many people as he wants every day. Supreme Lord of the City, Veziri decides that each victim will be determined via a fair and indisputable draw. The victims will then be secretly informed by his trusted messenger Chatziavatis. By informing them before dawn, the inhabitants can make use of the aqueduct from the time they wake up without society’s peace and order being disturbed. But one day the draw falls on Veziri’s only daughter, Rigopoula.

READ MORE: The filmmaker giving Greek youth a voice amid the crisis narrative

The title of the film is inspired by the third distinct genre of Ancient Drama, following tragedy and comedy, which combines the dreamlike and playful with unpredictable transitions from drama to comedy.

The main characters are based on historical figures of Greek shadow puppet theatre including the likes of Karaghiozis, Chatziavatis, and Velighekas among others, as well as figures of European tradition and literature such as the Little Prince, Tin Soldier and Don Quixote with Sancho Pancha. By bringing these characters together, Avdeliodis is aiming to show how the global crisis intertwines with the Greek domestic crisis.

“The feeling that dominates in a period of crisis is insecurity, which creates fear, doubt and negative feelings.
“The opposite of fear is not courage but creation and love, because they do not leave neither time nor space to fear,” explains the director in the outline of his Indiegogo campaign.

“I believe in a cinema that focuses on ideas rather than showcasing a director; fascinates its audience rather than scares or condemns them; and emotionally moves them through education and entertainment rather than through only sensational amusement and distractions. Therefore, cinema should touch our hearts and not divide us but unite us all.
“With these firm beliefs, I return to the movie scene with my new film The Satyrical Drama of Athens.”

RELATED: 10 years of Greek financial crisis in one film

“I seek your support in order to be able to start shooting the film to be eligible on time for competitions at upcoming international film festivals.”

Those wishing to contribute can do so by visiting https://www.indiegogo.com/projects/the-satyrical-drama-of-athens#/